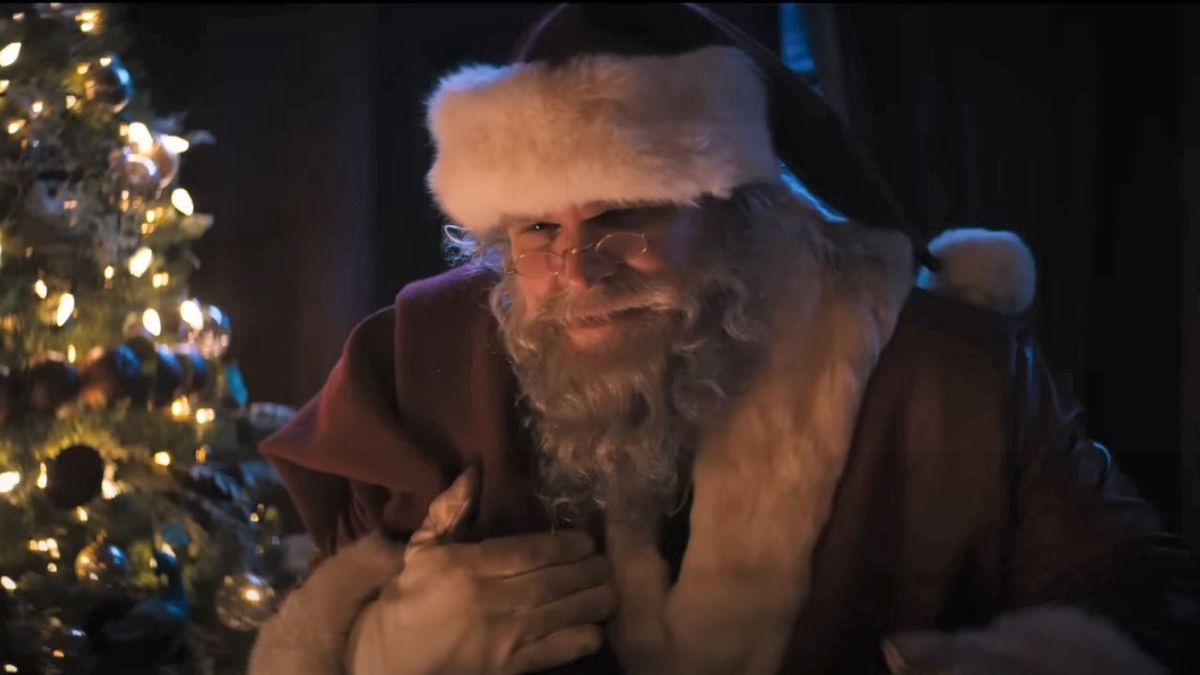 For some people, when the holiday season hits, they turn to the sappy sweet Hallmark movies, where everything is almost too perfect, Santa Claus is real and everybody sings Christmas carols and drinks hot cocoa. On the other end of the spectrum, though, are the darker holiday offerings, where Santa can still be real, but only if he’s got a naughty streak and has been hitting the nog a little too hard. Stranger Things’ David Harbour is taking on the role of unconventional Santa this season with the upcoming dark comedy Violent Night. The reviews are in, so let’s find out some more about what to expect from Violent Night when it hits theaters December 2.

The trailer promises “season’s beatings” for a group of mercenaries who raid the home of a wealthy family on Christmas Eve in search of a $300 million payday, and David Harbour’s Santa is just the person to deliver those beatings. The preview also appears to have left some fans thirsty for more than eggnog, but that’s neither here nor there. Let’s just get to the critics already, starting with CinemaBlend’s review of Violent Night. Our own Mike Reyes rates the Christmas action flick 4 stars out of 5, saying writers Pat Casey and Josh Miller were able to package together a dark comedy that also works in R-rated action brutality and heartwarming Christmas magic. He also said:

Chris Tilly of Dexerto also gives the movie 4 out of 5 stars, saying the action is fast and fierce, and the kills are brutal and creative. Basically, this critic says, it’s Bad Santa meets Die Hard:

That critic wasn’t the only one feeling the Die Hard vibes. Kristy Puchko of Mashable says Violent Night is what you’d get if John McClane were Santa Claus. She added that the movie does have a heart of gold, but leave the kids home if you’re catching this on the big screen:

Kate Erbland of IndieWire grades the movie a C+, calling Violent Night hyper-violent, occasionally funny and often oddly charming, as David Harbour seems to be having a blast, the critic says. However, too much backstory ends up getting in the way of all of the fun. Here’s more from this review:

Matt Donato of IGN rates the film a “Good” 7 out of 10, agreeing the lead actor is loving every minute of this role. Violent Night brings the Christmas spirit to a gore-first action flick that delivers what’s advertised thanks to a top-form David Harbour, according to the critic.

If this is one bad Santa you’ve got to experience on the big screen, you can catch Violent Night in theaters starting on Friday, December 2. Also be sure to check out CinemaBlend’s interviews with Violent Night director Tommy Wirkola and stars David Harbour and John Leguizamo. This year is coming to an end, but there are still plenty of movies hitting theaters in December. Be sure to take a look at what’s coming up with our 2023 movie release schedule.