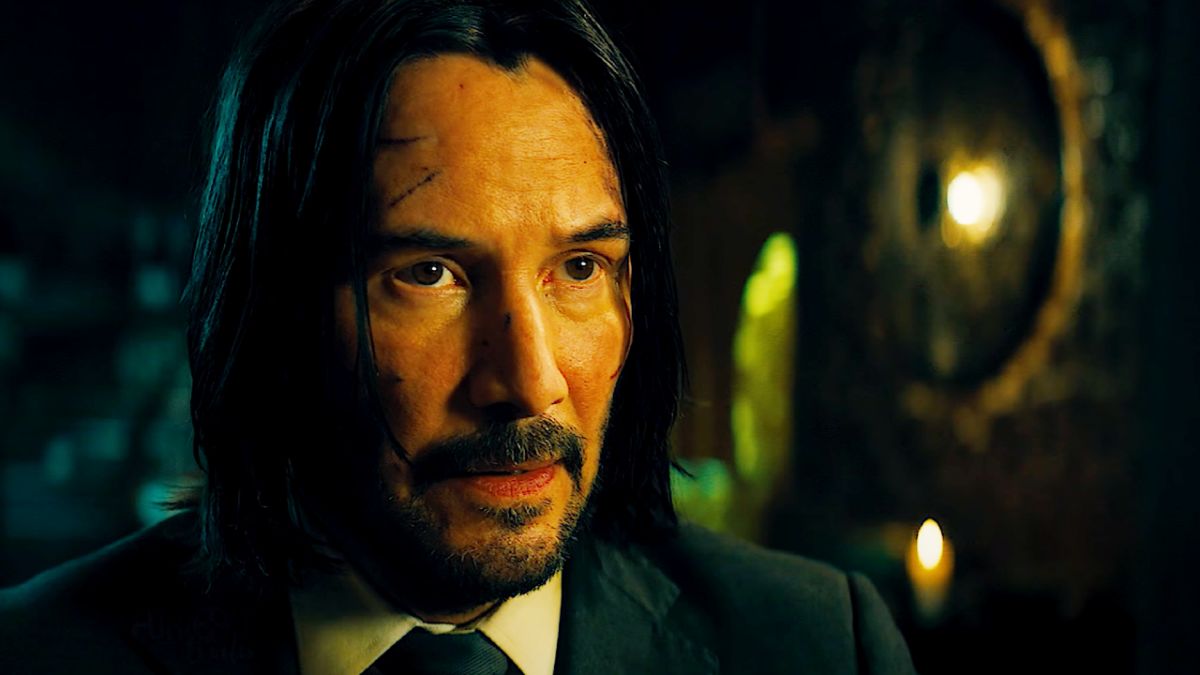 Keanu Reeves really knows how to lead a franchise, and his John Wick films are just one example of his action hero legacy. With John Wick 4’s release date steadily approaching and a fifth film being a high possibility, pressure to deliver the same high quality film as the rest of the franchise is high. Director Chad Stahelski touched on that very thing and how “scary” it can be creatively when presented with such a situation.

In an exclusive interview with Empire, John Wick: Chapter 4 director Chad Stahelski admits that the fourth film has had some different concerns as the rest of the films, considering the “formula” needed rerouting to keep the films fresh. But Stahelski believes that he and his collaborators have ultimately cracked the code by changing things up in a very specific way. Here is what the director said, exactly:

John Wick was already pretty “epic” for being a film franchise centered on one man getting revenge for the death of his dog, so this new, bigger approach for the latest installment could be something pretty amazing. The franchise also has a large fanbase that has seemingly been overwhelmingly happy with the films so far, so there’s actually a level of risk for future installments whether the “formula” gets changed or not. So go big or go home seems appropriate for the upcoming fourth film.

All three current movies in the Wick trilogy have received rave reviews and earned consistently high Rotten Tomatoes scores via critic and audience ratings. This high praise would naturally make it pretty hard for the  the production team to resist sticking with what they know will work and continue down that creative path. Consistency may be important, but becoming predictable and worn out is always a risk when a franchise experiences longevity.

John Wick actually marked Chad Stahelski’s directorial debut, and to say that the veteran stuntman came out of the gates swinging would be an understatement. Having seen great success in the franchise, he now has a number of impressive films in the works that see him in the director’s chair, including Henry Cavill’s upcoming Highlander reboot.

Considering how Chad Stahelski has typically sought to vary things up among the action movies that he helms, it makes sense that John Wick: Chapter 4 would be a step above the previous films in the franchise and not just seek to find new stunts for Keanu Reeves to master. The franchise itself is already breaking its own mold with spin offs like Ana De Armas’ upcoming Ballerina. But before we get to that, let’s see what Stahelski, Reeves and co. have in store for this fourth installment.

John Wick: Chapter 4 opens in theaters on March 24 as part of the schedule upcoming 2023 movie releases. Chad Stahelski’s promise of it being the longest of the four Wick films and something that “feels different” makes one all the more excited.

Tiffany Haddish Seems Surprised About The Backlash Over Her Possible Girls Trip 2 Return
Watch All American Online: Season 5 Episode 9
Steve-O Brings Bam Margera on Tour, Jokes He’s Britney Spears of ‘Jackass’
Dwayne Johnson Shares That His Mom Was In A Car Crash, And The Photo Is Scary
M. Night Shyamalan’s ‘Knock At The Cabin’ To Knock ‘Avatar 2’ Out Of No. 1 Spot – Box Office Preview