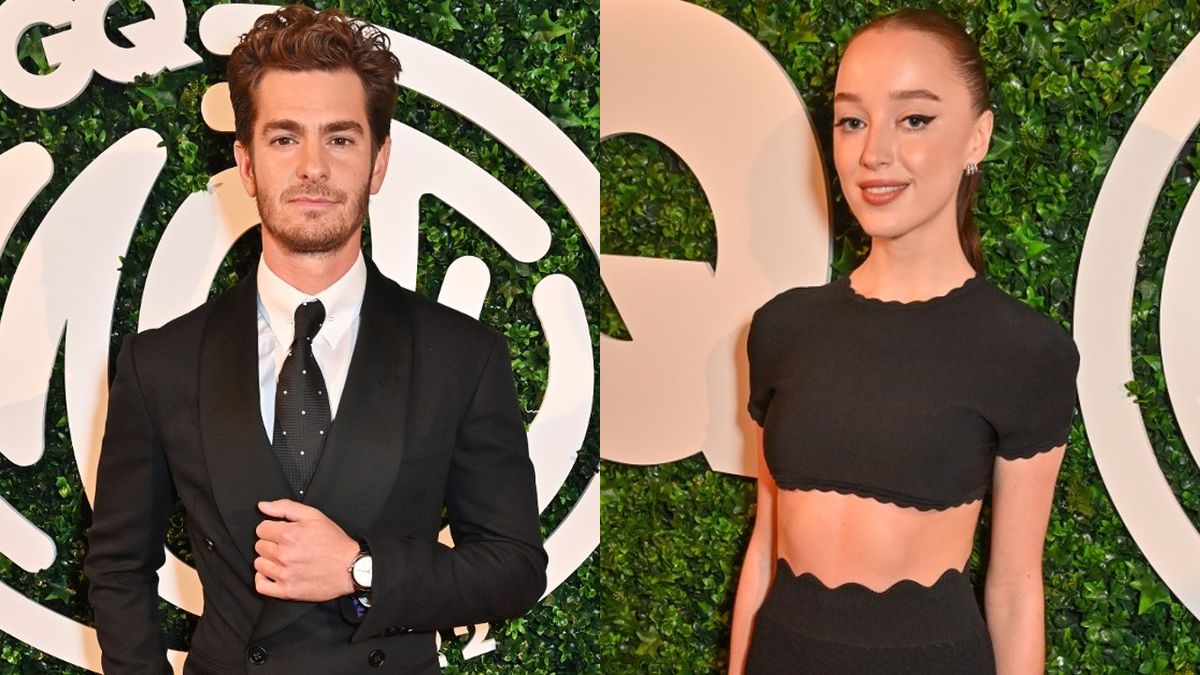 Dearest readers, it appears that after the opulent and star-studded GQ Man of the Year Awards, two eligible celebs at the event left together, sparking dating rumors. Sources say that the lovely actress behind Daphne Bridgerton, Phoebe Dynevor, and the Academy Award-nominated actor Andrew Garfield were spotted together for the first time, and it looks like things might be heating up.

According to The Sun, the two met at the GQ Man of the Year Awards on November 16, and have been spotted together a few times since. The report said the two were seen “getting cosy” during the after-party, and left together. A source then said:

Both actors have been single for a while. Before Garfield, Dynevor had been with Pete Davidson back in August 2021. Also, when the first season of Bridgerton dropped fans really wanted her to be with her co-star Regé-Jean Page, but those hopes and rumors were quickly dispelled by the actor behind the Duke.

As for the Tick, Tick…Boom! actor, he was seen with model Alyssa Miller earlier this year.  The two attend the SAG Awards together, but she did not go to the Oscars with him. Instead, Garfield was seen on the red carpet hugging and kissing his pal Jamie Dornan. After being in a relationship for eight months they apparently called it off because both Garfield and the model had busy and conflicting schedules.

The Social Network star was famously in a long-term relationship with his Amazing Spider-Man co-star Emma Stone for quite some time, he has also previously dated Rita Ora, who is now with Taika Waititi, and the model Christine Gabel.

The actors have not confirmed anything, and both keep their personal lives pretty private, so I’d imagine they won’t become Instagram or red-carpet officials anytime soon. So, while we hypothesize and wait, much like the ladies of the ton waiting for the next issue of Lady Whistledown, here’s what the actors are up to.

Garfield said he will take a break from acting for a while, which makes sense coming from his insanely busy 2021. He starred, and got an Oscar nomination for, his fantastic performance in Tick, Tick…Boom! and acted alongside Jessica Chastain in The Eyes of Tammy Faye. He then shocked the world when he reprised his role as Peter Parker in Spider-Man: No Way Home. He followed up these three movies with an Emmy-nominated performance in the mini-series Under the Banner of Heaven. While he is taking a break, he will make his way back to the screen, as he’s attached to a few new projects, including a mini-series where he’ll play Richard Branson.

As for Dynevor, she reprised her role as the eldest Bridgerton sister in Season 2 of the highly talked about Netflix series on the 2022 TV schedule, and she will be returning for Season 3. The actress also has a few movies in the works, including Fair Play and Bank of Dave.

So, dear readers, while we wait to see if this meet-cute turns into something more, you can pick up a cheeky Netflix subscription to watch Garfield in Tick, Tick…Boom! and Dynevor in the first two seasons of Bridgerton.