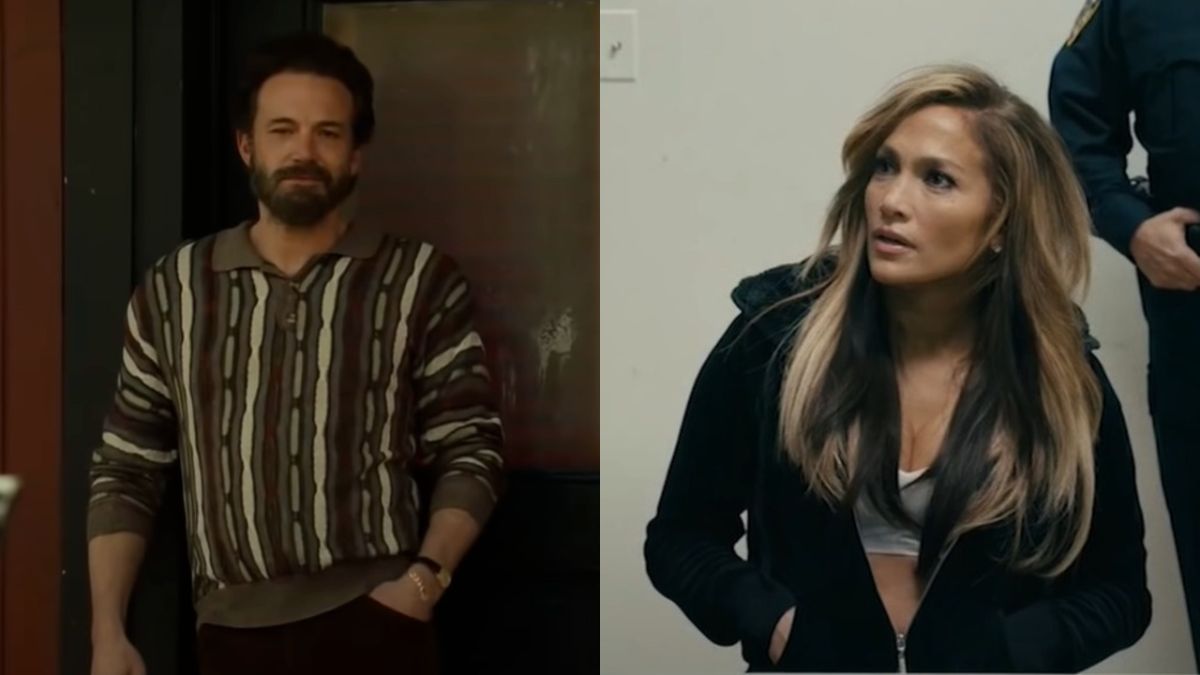 It’s first comes love, then comes marriage, then comes the baby in a baby carriage, right? Well, not for Hollywood couple Ben Affleck and Jennifer Lopez, whose romantic timeline looks a little different than most. First came love, then a failed early aughts engagement, followed by having kids/marriages with other people. Then the two reunited in 2021 and finally married each other in a surprise Vegas elopement this past June. Bennifer sealed the deal, though, while their living situation was still kinda in flux, but no biggie because they’ve lately made a decision on whose place to move into.

Truth be told, the iconic pair of performers had been looking for a place to call home together for some time. Their house-hunting reportedly even started months before Ben Affleck’s marriage proposal to JLo that took place during a sultry, bubble bath sesh in April. Around that time, it was suggested that they put an offer in on a Texas billionaire’s property that boasted a whopping 17 bathrooms in total.

That was seemingly either not the case or not to be, however. After getting engaged, there was another rumor that they put a different offer in on the Beverly Hills mansion owned by Mariah Carey’s billionaire ex-fiancé, James Packer. But as it turns out, Affleck and Lopez are just renting out the location temporarily.

Fast forward to last month – Ben and Jen tied the knot, as mentioned, which Ben’s ex Gwyn (Paltrow) was very happy about. Their house-hunting since then has supposedly been brought to a complete halt, though, with TMZ reporting that the newly minted Mr. and Mrs. Affleck have decided to forego buying a new home and instead are going to settle in JLo’s $28 million Bel-Air estate that she’s had since 2016.

The sources therein claim that huge renovation plans for the property are in the works to better fit their needs as a blended family. As a result, an official move-in date won’t be for a year or more, so they’re going to stay together in the Packer McMansion until then.

This might very well be the actual plan for the stars. Because TMZ also broke the news that the former Batman actor – soon to reprise his role again in next summer’s Aquaman 2 – has listed his Pacific Palisades bachelor pad for sale this week. Apparently, he’s trying to flip the 7-bedroom behemoth, as he purchased it for nearly $20 million in 2018 and is putting it on the market for close to $30 million. The potential return on his investment will surely fund the reported remodel of JLo’s house. (And don’t worry, that Selling Sunset star/real estate agent who claimed she matched with Affleck on Raya is not spearheading the sale here.)

Phase III: Happily Ever After For Ben Affleck And JLo?

Anything for the wife, eh? Now that they’ve officially put a ring on this thing, so to speak, and the housing sitch is coming together, it’s just time for the fairytale ever after. Everyone seems to have an opinion, including the pop singer’s first husband, about how long the relationship will last. But the only ones that really matter are those of Ben Affleck and Jennifer Lopez’s five kids from previous relationships, all of whom supposedly get along with each other and the new parental figures in their lives, according to reports.

What’s more is that the couple are allegedly planning a much grander, second wedding at a different estate owned by Affleck. So, they get to proclaim their love in front of close friends and all their family, instead of just the Little White Chapel pastor and random Vegas spectators.

In tandem, the actors are still busy acting. Jennifer Lopez’s upcoming role in the action thriller The Mother is expected to release on the 2022 Netflix schedule later this year. Meanwhile, Ben Affleck has a cameo in Clerks III, which comes out in theaters on September 13. So, all in all, first comes love, then comes marriage, then comes the house and new era for Hollywood’s most infamous ‘It’ couple.

‘Everything Everywhere All At Once’ Crosses $70M U.S., $103M Worldwide, Adding To Totals Of A24’s Highest-Grossing Movie Ever – Update
Chief Keef Dismisses Charlamagne and Akademiks’ Career Critiques
Victoria Beckham Appears to Have Removed David Beckham Initials Tattoo
A Tamil ‘Game Of Thrones?’ India’s ‘Ponniyin Selvan: Part One’ Draws Crowds – Specialty Box Office
A Dwayne Johnson Fan Waited Hours To Meet Him. See Her Lose It When They Finally Took A Photo Together