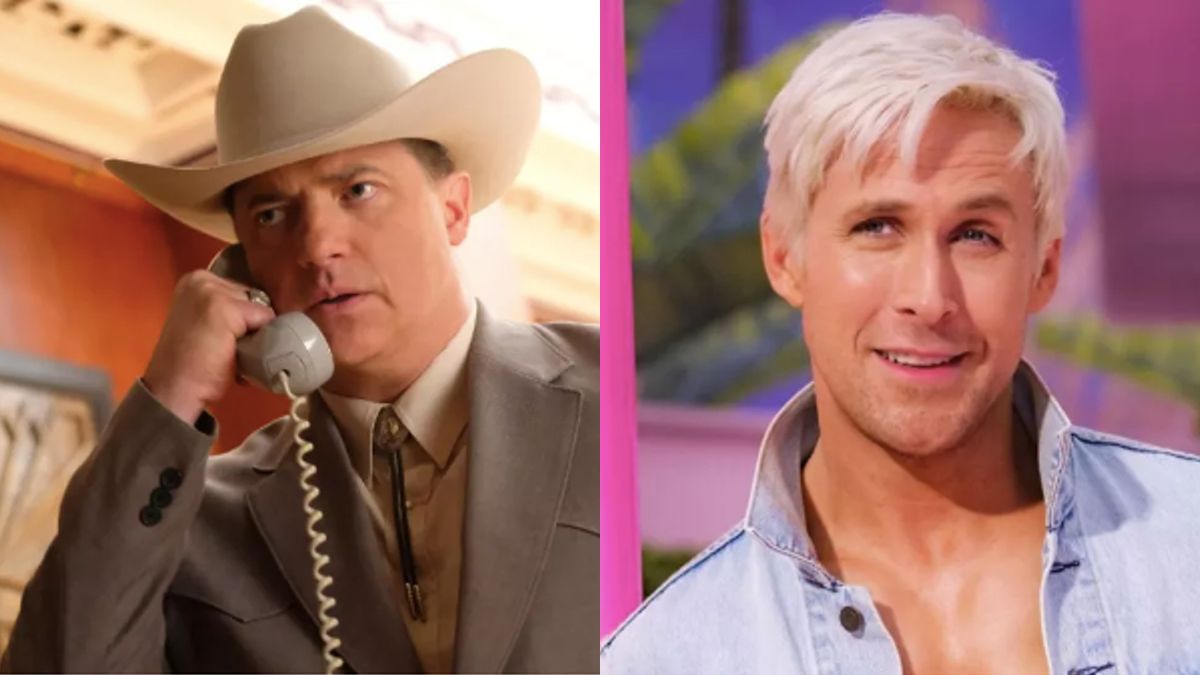 It’s true that once the internet sees something mind-blowing, fans can’t help but turn it into a trend. We had that once when Brendan Fraser was in the middle of a comeback, which was coined the “Brenaissance” by adoring fans. Now the internet is buzzing about Ryan Gosling’s own Barbie-oriented “Kenaissance” as his fans cannot stop talking about his new look for the movie.

Apparently Ryan Gosling fans think the Canadian actor playing life in plastic will certainly be fantastic. Gosling visited the set of Good Morning America and spoke about the popularity of his new role as Ken in Barbie. As he put it:

As the release date for Greta Gerwig’s Barbie gets closer and closer, all we’ll see in billboards, trailers,and memes are a flood of Kens. Gosling’s abs and platinum blonde hair made a splash on the social media scene. Whether fans compared him to Scooby Doo’s Fred or noted how he clashed with a bright pink Santa Monica house, his new look was all fans could talk about.

We can thank Ryan Gosling’d long-time partner Eva Mendes for keeping this trend alive with a new word to describe it on Instagram – the “Kenaissance.” After creating this glowing new term, as well as the perfect hashtag for this moment, it’s a good thing The Notebook actor did his part in giving his loving partner his Ken underwear. As for how the hyped-up actor feels about this growing popularity, he said it was only a matter of time before the internet broke him. Can you blame the fans?

Brendan Fraser can certainly relate to this newfound popularity. The “Brenaissance” was in response to a whole community of fans rooting for the beloved actor to come back. His move away from Hollywood was due to a number of personal tragedies, like the death of his mother and the allegations of sexual assault by an HFPA member who groped him in 2003. However, after the bond he experienced with his rescue horse, he came to the realization it was time to come back to Hollywood. He was cast in DC’s Doom Patrol as Cliff Steele, whose body gets destroyed in a car crash and has his brain implanted in a robotic body. Fraser’s upcoming movies include Darren Aronofsky’s The Whale, Martin Scorsese’s latest flick Killers of the Flower Moon, and Adil El Arbi and Bilall Fallah’s Batgirl. It looks like we have plenty to look forward to from the “Brenaissance.”

Ryan Gosling and Brendan Fraser are two actors that broke the internet with their growing popularity. The “Brenaissance” and the “Kenaissance” are clearly not going anywhere the closer these new movies start making their way towards theaters and/or streaming platforms. Until then, you can watch Brendan Fraser in Doom Patrol with your HBO Max subscription. While you wait for Barbie to hit theaters on July 21st of next year, you can catch Ryan Gosling in The Gray Man with your Netflix subscription.

How Tom Holland Skipped The Private Jet Controversy And Made A Sweet Gesture For Zendaya
Kevin Smith’s New Movie Theater Received A Bomb Threat, But The Director Has Questions About It
Looks Like Ben Affleck And JLo Made A Decision On Whose Place To Move Into
Megan Thee Stallion Guest Stars in P-Valley: Watch
After Getting Accused Of Secretly Hating Kevin Hart, Dwayne Johnson Shares The Truth About Their Real Relationship