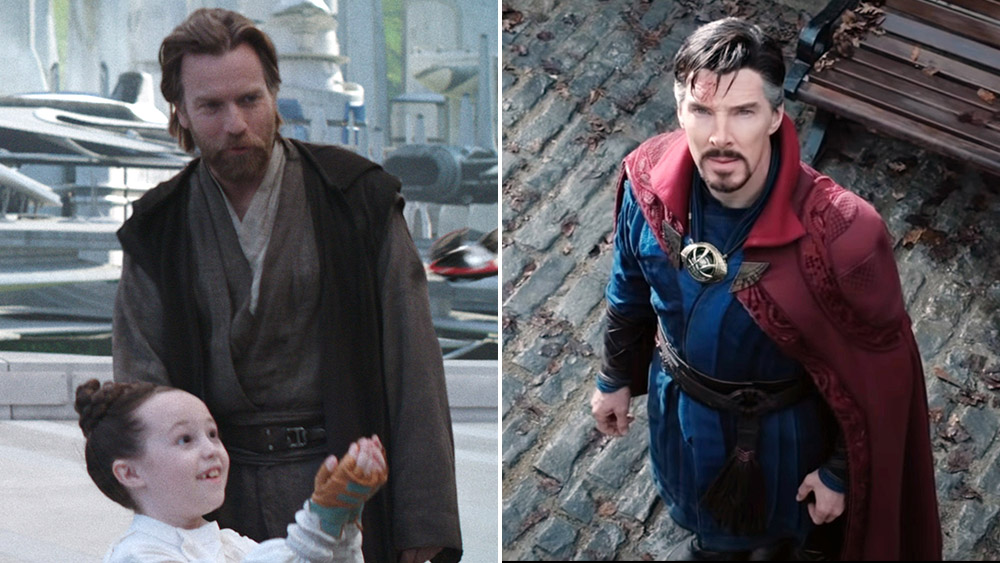 This comes from Samba TV which measures streaming viewership in 3M U.S. terrestrial TV households for those who’ve watched a show for at least five minutes.

Obi-Wan Kenobi‘s premiere dropped on a Friday over the 4-day Memorial Day weekend, and during that time brought in 2.14M, besting the L+3D numbers of The Mandalorian season 2 premiere (2.08M), The Book of Boba Fett premiere (1.5M), and Marvel’s Moon Knight (1.6M). Typically there’s a dip in viewership between the first episode of a Disney+/Marvel or Lucasfilm series and its finale, roughly a shed of 200K households. Marvel’s The Falcon and the Winter Soldier had one of the best 5-day viewership holds between its premiere and finale, going from 1.8M to 1.7M U.S. households,  a 6% dip.

In addition to the Obi-Wan Kenobi season one finale on Wednesday, June 22, Disney also made Marvel’s Doctor Strange in the Multiverse of Madness available on Disney+ on its 48th day of theatrical release. The Sam Raimi directed movie brought in a 5-day viewership of 2.1M on par with recent MCU titles that respected the theatrical window. I.E., Shang-Chi and the Legend of the Ten Rings clocked the same number in its first five days on the service, from Nov. 12-16 (though that was a Friday through Tuesday) while Eternals was watched by 2M in its first five days, Wednesday through Sunday, from Jan. 12-16. Doctor Strange 2 was 5% ahead of Eternals’ 5-day number.

It’s interesting to note that Doctor Strange 2, despite being available in homes, continued to make bank at the weekend box office in its eighth frame with $1.78M, -60%, and a running total of $409.2M. Disney dropped Shang-Chi and Eternals much later in their theatrical runs on its streaming service, respectively in their 71st day and 69th day of theatrical release or their 11th weekend in cinemas. By that point in time, both movies were on a limited number of screens and had played out: Shang-Chi only grossing $225K at 335 theaters on the weekend it hit Disney+, while Eternals did $21,5K at 85 locations during its first frame on the service.