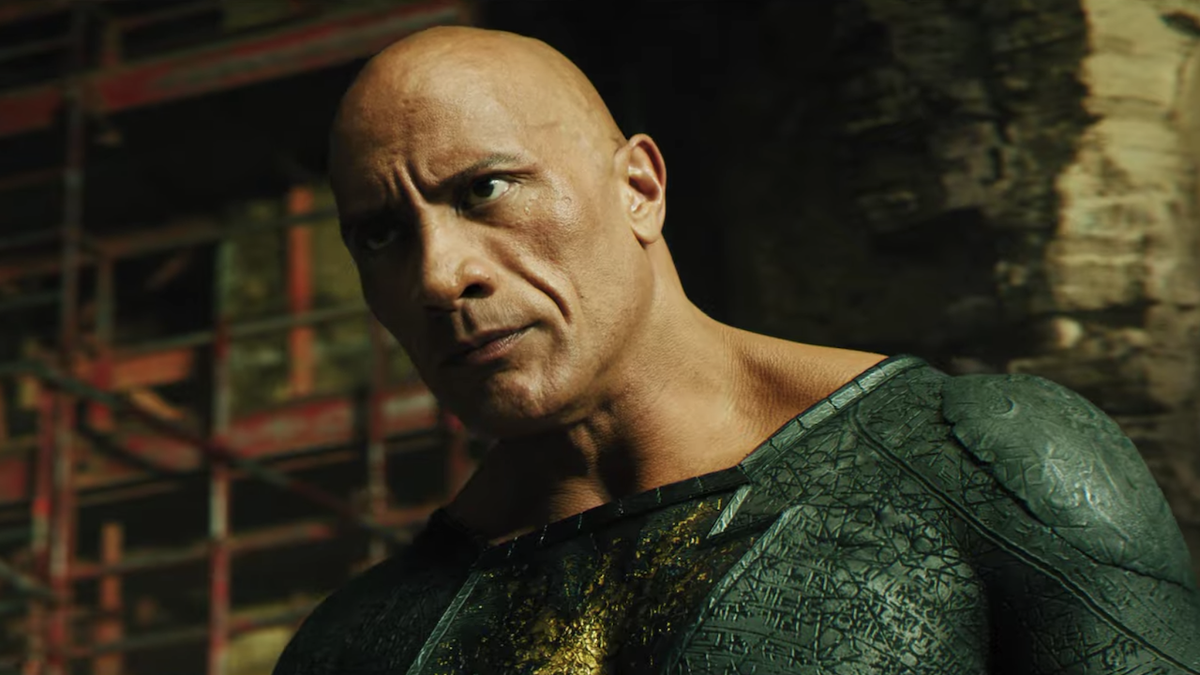 In January 2020, Dwayne Johnson announced that he had finally begun the preparation process for Black Adam. There has been talks for years about making a movie based on the popular villain-turned-antihero from DC Comics, but now the project is finally coming to fruition. What can we expect from this new comic book movie, though? There’s always a lot of anticipation when it comes to new projects from the successful wrestler-turned-actor, and this one is particularly exciting being his first venture into the mainstream superhero arena. There is a lot riding on this film, but hopefully all the waiting will finally pay off with something excellent when the blockbuster arrives in theaters this fall.

Like all major comic book movies, certain details about Black Adam are being kept hush-hush for now, but over time we have learned a fair bit about the project. With that in mind, we’ve put together this handy guide to keep track of everything we know about the upcoming superhero movie like its release date, cast, and plans for the property moving forward.

Black Adam Is Set To Be Released October 21

Black Adam was originally slated to be released as a 2021 movie – but that move was made before anyone at Warner Bros. knew what kind of impact the COVID-19 pandemic would have on the making of the film. With production pushed back from fall 2020 to spring 2021, the studio had to temporarily take the blockbuster off their slate of upcoming DC movies before scheduling it for a July 2022 release. However, Warner Bros. pushed the release back a few months, and Black Adam is now slated to open theatrically on October 21, 2022.

Like any normal comic book-based solo movie, the central character in the film will be the one name-checked in the title, but he is hardly all by himself in the adventure. In the case of Black Adam, Dwayne Johnson is taking center stage, but in the story he will be facing off with the first big screen iteration of the superhero team known as the Justice Society.

Joining Johnson on the Black Adam cast is a collection of established stars and up-and-coming talent who will surely benefit from being a part of one of the most anticipated movies of the year. Noah Centineo, who made a name for himself in To All the Boys I Loved Before, will be taking on the role of Atom Smasher, a.k.a. Adam Rothstein. Aldis Hodge, who voiced John Stewart/Green Lantern in Green Lantern: Beware My Power, will be taking on the role of Carter Hall, better known as Hawkman.

Quintessa Swindell, who appeared in Voyagers and a 2019 episode of Euphoria, will be appearing as Maxine Hunkel, a.k.a. Cyclone, in Black Adam. Former James Bond actor Pierce Brosnan will be showing up as Kent Nelson, a.k.a. Doctor Fate, a DC Comics character that will be making his feature film debut. Other members of the Black Adam cast include Sarah Shahi (The Rookie), Marwan Kenzari (The Old Guard), James Cusati-Moyer (The Path), Bodhi Sabongui (The Main Event), Mo Amer (Ramy), and Uli Latukefu, who portrayed Dwayne Johnson on the NBC comedy series Young Rock.

Black Adam Will Be Portrayed As An Antihero, Not A Supervillain

Over the years Black Adam has gone from being one of DC Comics’ supervillains to one of its strongest antiheroes, and the movie version of the character will fall into the latter category, as opposed to the former, when he takes to the big screen come October 21. Oh, don’t worry, the hierarchy of the DC Universe will change (at least in terms of powerful characters) with the introduction of Dwayne Johnson’s muscle-bound character, but he just won’t be all that nefarious in his motives and actions. And, with Johnson bringing Black Adam to life, the antihero route seems like the best road to take.

Just because Black Adam won’t be a villain this time around it doesn’t mean he’ll be a “goody two shoes,” though, as producer Hiram Garcia told CinemaBlend in a July 2018 interview.

What Will Black Adam Be Rated?

Although Warner Bros. has started to release R-rated DC Comics movies in the past few years with Joker, Birds of Prey, and The Suicide Squad, the studio’s latest venture into the world of superheroes won’t follow suit. There has been speculation from the outset about Black Adam’s MPAA rating, but given the expectation that Dwayne Johnson’s Black Adam will eventually star in a crossover feature with Zachary Levi’s Shazam, the chances of an unleashed Dwayne Johnson anti-hero earning an R-rating have been pretty low from the jump.

Hiram Garcia, when speaking with Collider in July 2021, revealed that they weren’t being forced to make Black Adam a PG-13 movie, he and his fellow producers felt going for an R-rating wasn’t necessary, stating:

Garcia went on to compare the film’s approach to its rating to that of The Dark Knight, which he described as “one of the hardest PG-13s you’ve ever seen.”

Black Adam will come courtesy of Spanish director Jaume Collet-Serra, and while you might not recognize the name, there’s a fair chance you’re familiar with his work. Not being one to stick to a single genre, Collet-Serra’s resume includes the remake of House of Wax, the horror film Orphan, the Liam Neeson action feature Non-Stop, and The Shallows a.k.a. “Blake Lively vs. Shark.” His most recent film, the Disney ride-inspired Jungle Cruise, featured Dwayne Johnson opposite Emily Blunt, and clearly the two got along famously during production given that they are immediately reuniting for the DC Extended Universe blockbuster.

It seems like the entire comic book movie community has been waiting with bated breath for the past couple of years, hoping to get a glimpse of Dwayne Johnson’s titular antihero in Black Adam. Well, the world got to see The Rock in action when Warner Bros. released the first Black Adam trailer in June 2022, and it didn’t disappoint.

With shots of Black Adam flying through the sky (and serving as the opposite of Iron Man in dealing with a fighter jet), fighting everyone in his way, and getting in a stare-down with the Justice Society, the trailer gave anxious fans a lot to chew on as we wait for the film’s upcoming release. If the movie is half as exciting as the trailer, then we’ll be in for one hell of a ride this fall.

There Are Plans For More Black Adam Movies In The Future

Barring a complete and utter failure at the box office (which most likely will not happen considering the hype surrounding the movie), there are plans to keep the action going following the release of Black Adam. When speaking with Collider in December 2021, Harim Garcia explained that he and his fellow producers have never viewed Black Adam as a “one-off movie,” and that they have always had a vision of where they want the franchise to go. With Dwayne Johnson having teased Black Adam’s eventual run-in with Shazam, it’s safe to say we’re in store for one epic showdown some point in the future.

Are you looking forward to seeing Dwayne Johnson take on Black Adam in the comic book character’s first blockbuster movie and his showdown with the Justice Society? Make sure to keep coming back to this page, as we will continue to refresh it with new information as more details about the film come to light.