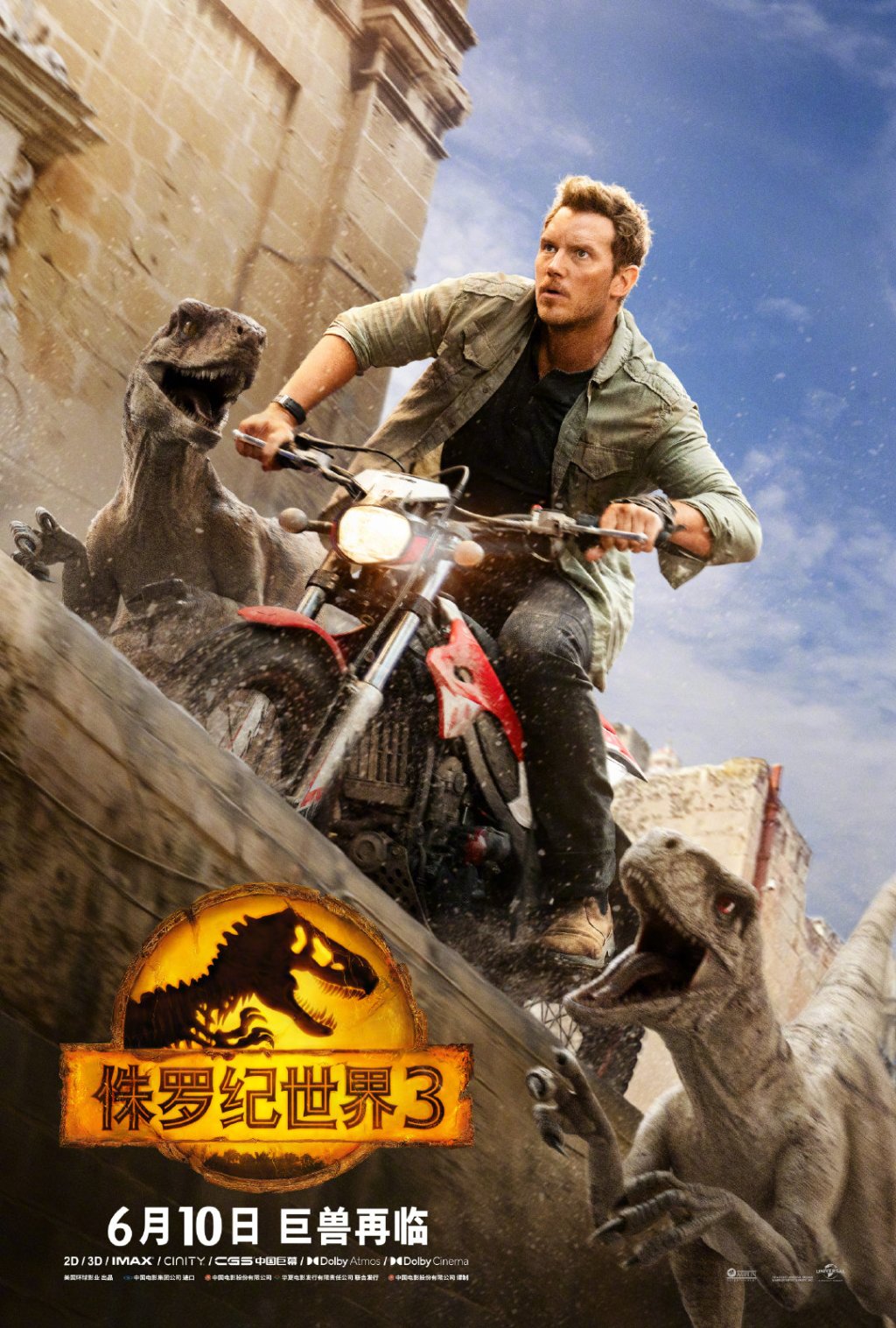 The dinosaurs are ready to stomp into China with a June 10 date confirmed for Universal’s Jurassic World Dominion. This will be in step with the North American release — a rarity of late — after international rollout begins a few days prior. Universal confirmed the China release date on its official Weibo account with a video from stars Bryce Dallas Howard and Chris Pratt. Check out some new posters below.

The dating of Dominion could be seen as a sign of hope for a market where the box office has been severely impacted recently. Key areas of the country have been locked down or faced restrictions amid Covid spikes with Shanghai and Beijing hit hard. The former has been under lockdown for more than six weeks, but is expected to return to somewhat more normal life as of June 1, officials said Monday. As of this past weekend, we understand that about 37% of cinemas are closed, which is an improvement versus a few weeks ago.

The final chapter in the recent trilogy of the greater Jurassic Park franchise is directed by Colin Trevorrow. It takes place four years after Isla Nublar has been destroyed. Dinosaurs now live — and hunt — alongside humans all over the world. This fragile balance will reshape the future and determine, once and for all, whether human beings are to remain the apex predators on a planet they now share with history’s most fearsome creatures.

Not only are Pratt, Howard, Daniella Pineda, Justice Smith and Omar Sy, back, but original Jurassic Park stars feature as well. They include Laura Dern, Sam Neill, Jeff Goldblum and BD Wong.