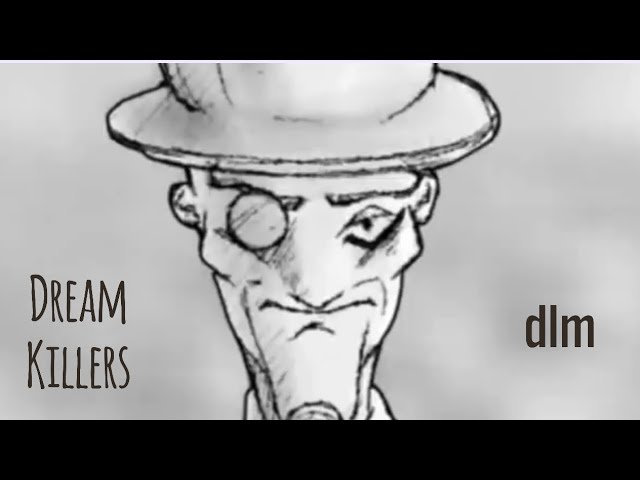 Classic Music Videos
Share on Facebook
Share on Twitter
Share on Pinterest
Share on LinkedIn
One of the hottest synthpop alternative tracks of 2021 is back, “Dream Killers”, is the synthwave debut original song by the band, ‘divine love mission’.
This 80s music, depeche mode style band made quite an impression on movie executives, and their song, “Dream Killers”, was instantly placed in Disney’s Movies, Air Buddies film series, AirBud : “Russel Madness”, under the song title, “Keep The Dream Alive”. The Movie producers loved the positive energy of the song, but thought the title was not as positive for children, and so the song title and chorus of the song were changed for the movie.

Now fully re-produced in 2021 in HD 432Hz, and presented in its unreleased original glory, “Dream Killers” is the lead-off single to divine love missions resurgence, including all original members, for a soon to be released full-length electro-pop album, “A Revelation of Mind”, including original songs “Never Coming Down” , “One Love” , “Rabbit Hole” and so much more.

To connect with divine love mission directly, leave a comment. We read everyone and respond to as many as we can. or drop us a line on fb.

For more behind the scenes video of the making of this song and others on Phi Tribe, please subscribe to
Fords Playground on YouTube
https://m.youtube.com/c/fordsplayground

Discover the miraculous affects of 432Hz and Phi Tuned Mixing Methods, which mathematically bring music into harmonious balance with the Fibonacci and the golden ratio of nature itself.

Listen to know why Nikola Tesla proclaimed this vibrational balance of 369 to be a miracle of divine order.