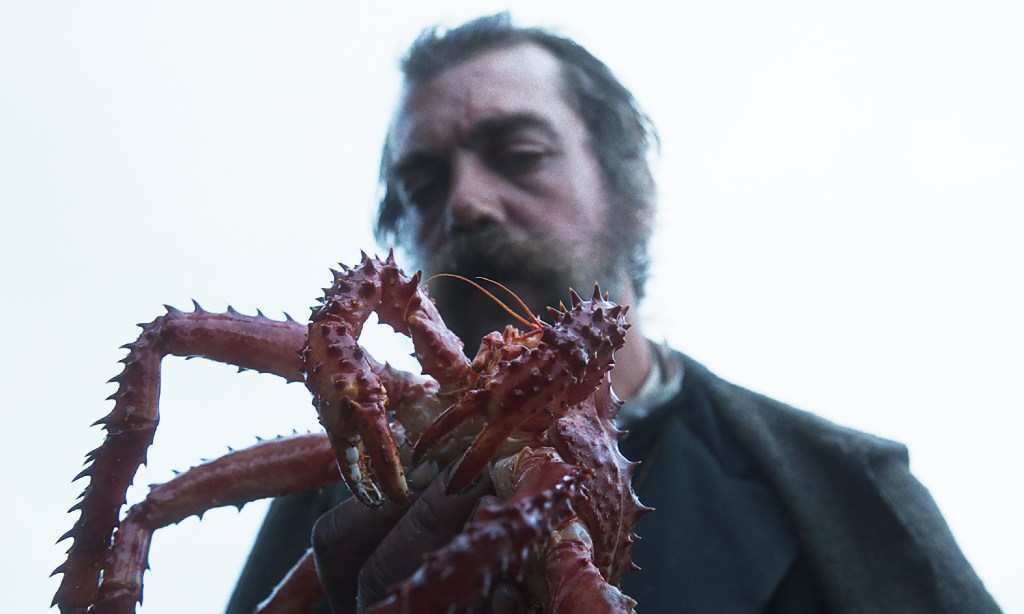 The Tale Of King Crab, a cinematically striking fable shot in rural Italy and Argentina, opened to a three-day gross of $5,120 at Film at Lincoln Center this weekend — the first in a string of Italian offerings set to arrive on the specialty scene through the summer.

“In today’s challenging arthouse market, we count this early result as a success and believe the film will continue to find a devoted audience as it rolls out nationally,” said Andrew Carlin, head of distribution for Oscilloscope Laboratories, which presents the film directed by Alessio Rigo de Righi and Matteo Zoppis. Set in a remote 19th-century Italian village and the distant Argentine province of Tierra del Fuego, it expands to LA’s Landmark Nuart on April 29 and into top 50 markets throughout May.

“We saw this at Cannes last year on the biggest and best screen possible and found it equal parts beguiling and immersive. The first part, a tragic love story in beautiful pastoral settings in rural Italy, then Tierra del Fuego [where] a fake priest surrounded by pirates is being led to treasure by a crab,” Carlin said. “We know this is the kind of film that presents a challenge, certainly, in the marketplace today. But it’s tried and true arthouse cinema at its finest.”

Luciano (Gabriele Silli) is a wandering outcast in a small Italian village who becomes undone by alcohol, forbidden love and a bitter conflict with the prince of the region over the right of passage through an ancient gateway. When the quarrel escalates, Luciano is exiled to the distant Argentine province to search for a mythical treasure.

The film is being supported by Cinema Made In Italy, a initiative sponsored by Cinecitta’ and led by Ira Deutchman, the longtime producer, distributor and marketer of independent films, founder of Fine Line Features, and Columbia University film professor. The group contributes P&A funds to Italian films in U.S. theatrical release and and has boosted dozens of them over the past eight years “Pretty much any Italian film where we feel like the distributor has shown that they are going to put some effort behind theatrical,” said Deutchman. The idea is “to create the knowledge among American art film audiences that Italian cinema is alive and well and playing in theaters.”

Cinema Made In Italy usually supports five to eight films a year. A full-page ad in today’s Sunday New York Times highlights the class of 2022 so far, including King Crab, under the tagline “Movie Theaters Are Open And Italian Cinema Is Back!”

The others are: Kino Lorber’s dystopian sci-fi thriller Mondocane by Alessandro Celli opening May 20; Neon’s A Chiara opening May 27 — the Jonas Carpignano family drama won the top prize in the Cannes Directors’ Fortnight section; Kino Lorber documentary; Bloom Up: A Swinger Couple Story by Mauro Russo Rouge; and Marco Bellocchio’s Marx Can Wait from Strand Releasing. The film, where the director attempts to reconstruct the 1968 disappearance of his twin brother, Camillo, premiered in Cannes, where Bellocchio received the honorary Palme d’Or. Expected summer release dates haven’t been announced yet for the latter two.

A few more titles may emerge after Cannes and Venice for release later in the year. Cinema Made In Italy will occasionally jump in to distribute and market a film that doesn’t get a U.S distributor. “There has been a little bit of a changing of the guard, so younger [Italian] filmmakers are beginning to make their reputation, and a few of the Italian masters continue to make movies,” Deutchman said.

Elsewhere in specialty: Utopia and Jane Schoenbrun’s internet-inspired feature We’re All Going To The World’s Fair trended IRL (in real life) this weekend in New York and Chicago with openings at BAM, Quad and Music Box. Taking the #1 spot at BAM and Quad and also the #1 new release at Music Box) with a $13,665 gross and $4,555 per-screen average. Utopia VP of Distribution and Marketing, Kyle Greenberg, said the opening was backed with sold-out Q&A’s “and a diverse, young movie-going audience.” The film expands nationwide next weekend. In it, teenage protagonist Casey (Anna Cobb) becomes transfixed with an online horror phenomenon called “the World’s Fair Challenge” where players chronicle the physical and psychological changes they undergo. As she slips down the rabbit hole of online obsession and role-playing, she develops a remote, disquieting friendship with a grown man also taking the challenge.

RLJE Films’ release of Riley Stearns’ Dual grossed an estimated $125,000 on 157 screens for an estimated per-screen average of $796. After receiving a terminal diagnosis, Sarah (Karen Gillan) opts for a cloning procedure to ease her loss on her friends and family. When she makes a sudden and miraculous recovery, her attempts to have her clone decommissioned fail and lead to a court-mandated duel to the death. She has one year to train her body and mind for the fight of her life. Starring Gillan, Beulah Koale with Theo James and Aaron Paul. Deadline review.

Paris, 13th District from IFC Films reported an estimated weekend gross of $28,000 in 68 theaters for a PTA of $418. Also available on-demand/digital. The latest from French director Jacques Audiard is a black-and-white drama shot in the capital during the pandemic. It premiered at Cannes. It follows Emilie, Camille, Nora and Amber — four young adults who are friends and sometimes lovers. With Lucie Zhang, Makita Samba, Jehnny Beth and Noémie Merlan. Based on New Yorker cartoonist Adrian Tomine’s Killing and Dying, a collection of graphic short stories. Deadline review.

Also on under 1000 screens: In the 9th spot at the domestic box office, Sarigama Cinemas release of Indian film K.G.F.: Chapter 2 in 769 locations reported a weekend debut of $2.875M for a domestic cume through Sunday of $4.602M.

Hamsini released the Indian film Beast in 368 locations to a weekend debut of $430k.