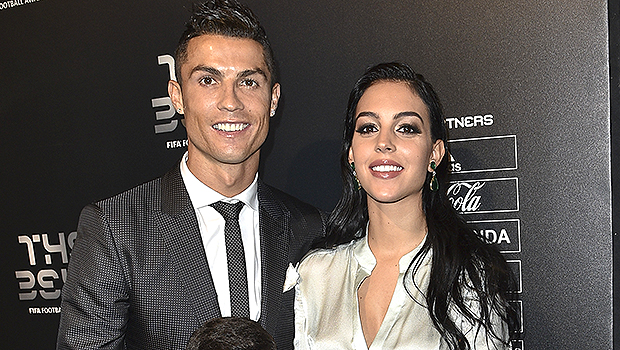 Cristiano Ronaldo, 37, has caught the eye of many stunning women over the years. No surprise there, considering how good-looking the soccer star is! One of Cristiano’s earliest love interests was the mother of his 11-year-old son Cristiano Jr. He has still never publicly revealed her identity. Cristiano dated women such as Paris Hilton and Irina Shayk before he welcomed twins Eva and Mateo via surrogacy in 2017. He’s currently dating Spanish model Georgina Rodriguez, 28. Cristiano and Georgina have two children together, while their newborn son died during birth in April 2022. We rounded up everything to know about Georgina and Cristiano’s past romances below.

Cristiano was linked to British actress and model Gemma Atkinson, 37, for several months in 2007. Gemma talked about their first date years later on Manchester’s Key 103 radio station. “We went to my house and drank cups of tea and watching Only Fools and Horses. Genuinely,” Gemma said, according to Daily Star. After the pair went their separate ways, Gemma was offered money to reveal details about their brief romance, but she refused. “With Cristiano it was mad, because everywhere he went he was followed by photographers,” she reportedly said in 2010. “When we did split up I got offered so much money to speak about him and I didn’t want that.” Gemma is currently engaged to Strictly Come Dancing professional Gorka Marquez.

Spanish model Nareida Gallardo, 39, and Cristiano were together for around seven months in 2008. Things apparently ended on a bad note, considering how Nareida trashed the athlete the following years. In 2014, she reportedly told a Spanish newspaper, “He is a pretty boy with no brain. He is arrogant, egocentric and a bit crazy. His ego is too big and he’s not intelligent. He is a bad role model for kids. He is a coward. He tried to make up with me by text message.”

However, Nareida later changed her tune about Cristiano after he was accused of rape in 2017. She called Cristiano “a courteous guy” and explained that she was “shocked” about the allegations. “He was never ever aggressive towards me – not even near. I can’t see him forcing or holding down someone,” she said, according to reports.

Cristiano and Paris’ love connection made headlines in June 2009, after the pair were pictured getting cozy at a Los Angeles nightclub. Although they were linked as a romantic pair by the media, Paris, 41, insisted in an interview at the time that they were nothing more than “good friends.” “He’s a very nice guy, and an incredible athlete. We’re just getting to know each other and I have to leave it that,” Paris said.

Cristiano Ronaldo’s Kids: Everything to Know About His Children & The Baby He Sadly Lost

Cristiano’s longest former relationship was with the 36-year-old Russian model. He and Irina started dating in 2010 after meeting the year prior. They posted photos of each other on social media throughout their five-year relationship and even did a cover shoot together for Vogue Spain. There were rumors that Cristiano and Irina’s 2015 split was filled with drama, but that hasn’t been confirmed by either party. Irina seemed to shade Cristiano in an interview conducted a few months after the breakup. “My ideal man is faithful, honest, a gentleman who knows how to respect women. I don’t believe in men that hold us down or make us feel unhappy, because that’s not a man, that’s a boy,” she told Hola magazine. Irina went on to date Bradley Cooper from 2015 to 2019, during which they welcomed daughter Lea De Seine.

Cristiano and Georgina started dating in 2016. They welcomed their first child together, daughter Alana, on November 12, 2017. Cristiano previously opened up about how Georgina helped him cope when his estranged father Dinis died in 2005 at the young age of 52. “She helped me so much. Of course I’m in love for her,” he told Piers Morgan in 2019. “She’s the mum of my kids, and I’m so passion for her, you know….It’s great. She’s my friend. We have conversations. I open the heart for her and she open the heart for me.”

In October 2021, the couple announced they were expecting twins. Their announcement featured a photo of Cristiano and Georgina laying in bed while holding up a photo of the ultrasound. Sadly, one of the twins died while Georgina was in childbirth in April 2022. Their baby girl survived the birth, but the baby boy did not.

“It is with our deepest sadness we have to announce that our baby boy has passed away,” the couple wrote on Instagram. “It is the greatest pain that any parents can feel. Only the birth of our baby girl gives us strength to live this moment with some hope and happiness. Cristiano and Georgia went on to say they are “devastated” over the tragic loss and called their baby boy who passed away their “angel.”