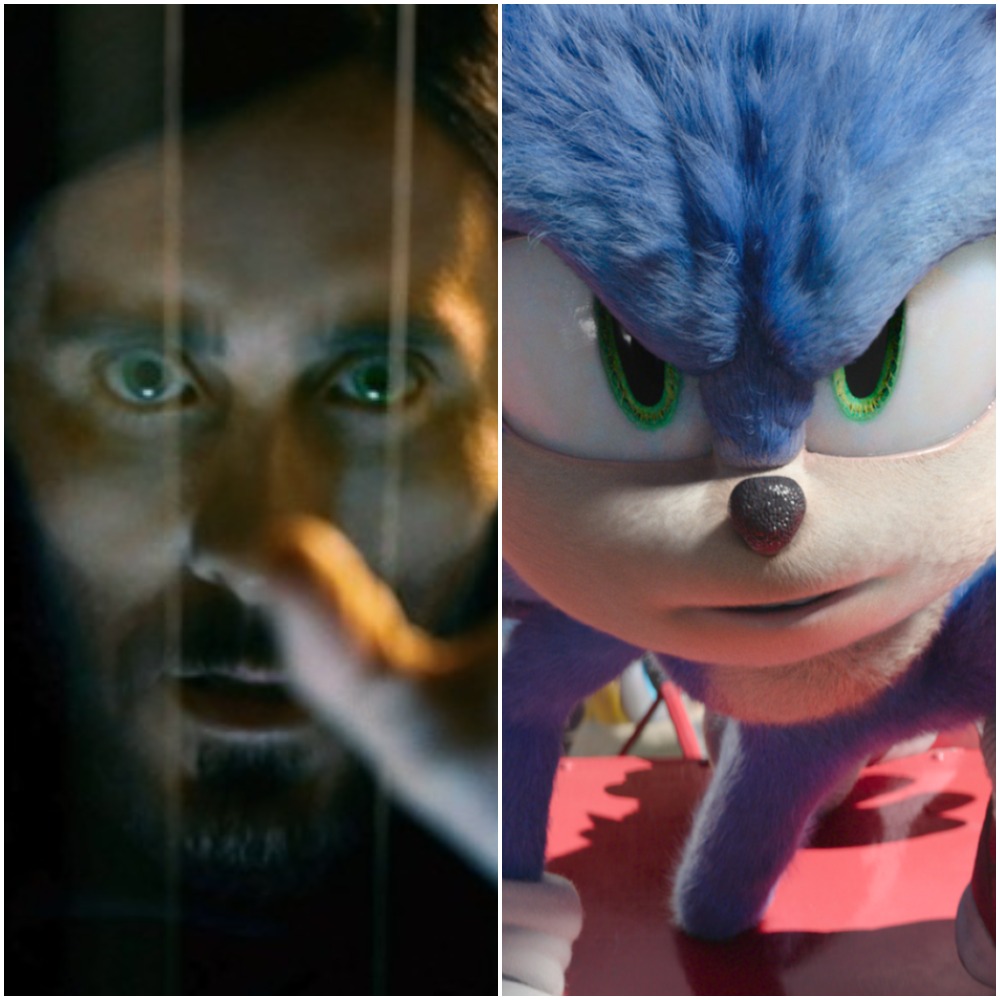 Refresh for latest…: New blood in the form of Sony’s Jared Leto-fronted Morbius led the global box office this weekend with an $84M debut, while Paramount’s Sonic The Hedgehog 2 got off to a booming $25.5M start from its first 31 offshore markets. Warner Bros/DC also has something to crow about as The Batman topped $700M worldwide.

Starting with Sony’s Daniel Espinosa-directed foray into its deeper Marvel cannon, Morbius sank its fangs into $44.9M in 62 international box office markets. This is slightly higher than expected coming into the session and tops comp Birds Of Prey by 10% in like-for-likes at today’s rates (it’s 10% below Shang-Chi And The Legend Of The Ten Rings). Morbius sucked up $5.5M in IMAX globally, including $2.5M from overseas screens.

There were No. 1s in 42 of the debut markets, while Sonic came in No. 1 in several where there was overlap. Morbius is an origin story about an obscure character that plays like a vampire movie and one on which Sony kept the budget low at an estimated $75M before P&A.

The Top 5 bows were in the UK ($4.2M), Mexico ($3.8M/+45% on Shang-Chi). France ($3.3M/+34% vs Birds Of Prey), the Middle East ($2.7M) and Korea ($2.6M/+36% vs Birds Of Prey). Still to come are the Netherlands and Hong Kong while a China release has yet to be determined. That market is incredibly soft right now amid widespread cinema closures (Sony’s Hotel Transylvania: Transformania is releasing today, grossing about $2M so far, though the Qingming Festival is afoot this week).

Based on the video game franchise from Sega, the Jeff Fowler-directed sequel held pre-release event screenings for families, press and influencers to drive early word of mouth. Paramount also leveraged its parent company’s global synergy reach with multi-market integrations on Nickelodeon, and in an effort to expand beyond the family audience to teen and young adult gamers, the UK, Germany and Australia executed Twitch livestream events with local influencers.

The film is still set for release in Mexico, Brazil, Italy and Japan among others.

School vacations begin this week in many markets which should ensure a long tail for Sonic and should also benefit Morbius, even as offerings widen with Warner Bros’ Fantastic Beasts: The Secrets Of Dumbledore due to begin play in some markets this week.

Universal/DreamWorks Animation’s The Bad Guys staked out new majors this weekend including the UK where the debut was $3.1M at No. 3 and in line with Encanto. In Australia, the gang scored the best animated opening of the pandemic at $1.7M (the film is based on the books by Aussie author Aaron Blabey). Spain continues to lead play with $4.5M to date. In total, the frame was $10.5M from 41 markets for a 35% drop. The international cume is now $28.8M with France, China, Korea and Japan still ahead as well as domestic.

We are still waiting for confirmed numbers on S.S. Rajamouli’s epic RRR, although it is understood to have has topped $100M globally.