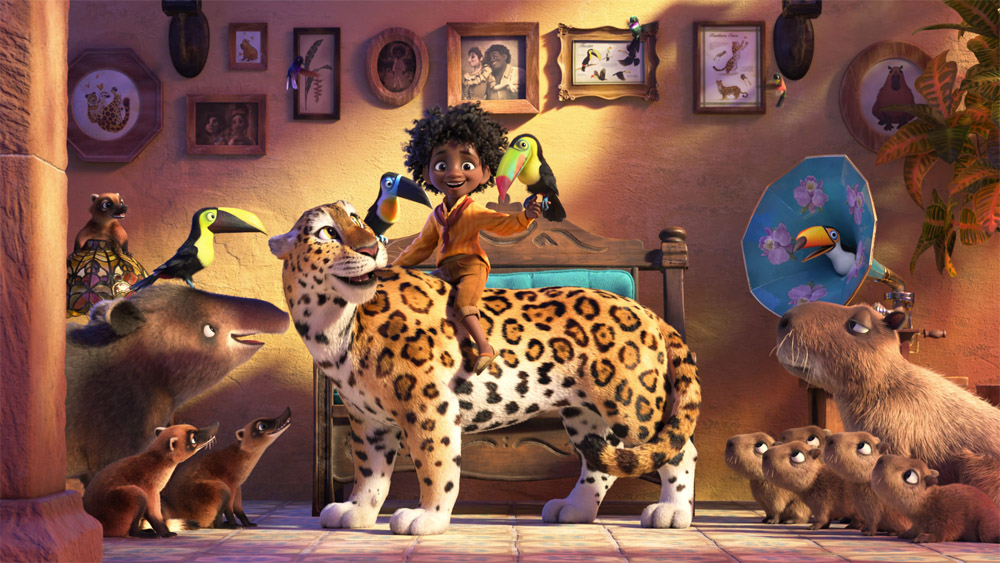 The movie, which features a soundtrack from Emmy-, Grammy- and Tony-winning Lin-Manuel Miranda, is expected to make $35M-$40M over the next five days. So far, Encanto is 94% fresh on Rotten Tomatoes off 67 reviews with a 95% audience rating from 100-plus verified ratings.

Among family movies during the pandemic with previews, Encanto is ahead of Universal’s The Boss Baby: Family Business, which did $1.3M on a Thursday afternoon starting at 4 p.m.; that pic however was also day-and-date on Peacock and theaters. Boss Baby 2 grossed $7.85M on its opening day. Working in Encanto‘s favor is 80% of K-12 schools off today, heading into 100% off over the next two days for Thanksgiving.

Among Tuesday previews for Disney’s original animated movies over Thanksgiving, all pre-pandemic, Encanto is ahead of Pixar’s 2015 The Good Dinosaur, which did $1.3M on Tuesday night before $9.76M Wednesday, and $55.4M over five days. Encanto is also ahead of Frozen, though that’s not really a like-for-like: That movie made $1.1M off 10 p.m. shows and was in release at one theater, the El Capitan, five days before it opened wide in 2013. Moana and Coco had Tuesday previews before Turkey day of $2.6M and $2.3M, respectively, but no one is expecting Encanto to reach those opening heights.

Listen to my conversation with Miranda below:

MGM/United Artists Releasing’s House of Gucci also fared well Tuesday, making $1.3M off 7 p.m. showtimes. The Ridley Scott movie, which is hoping that Lady Gaga’s fans shows up, is expected to clear in the mid- to high-teens over the five-day holiday. House of Gucci, which has a running time of 2 hours and 37 minutes, is 66% fresh on Rotten Tomatoes, but audiences so far love it better at 90%.

Black Friday is typically one of the highest-grossing days of the year, and it will be interesting to see if there’s any spillover of cash from the event movies into adult ones like House of Gucci.

Sony/Screen Gems/Constantin’s Resident Evil: Welcome to Raccoon City had previews that started at 3 p.m. and made $935,000 from 2,352 theaters. The pic looks to clear low teens over five days per industry estimates, but Sony sees $8M-$10M. Resident Evil‘s Tuesday preview is just under Don’t Breathe 2‘s $965K Thursday preview, which resulted in a $4.39M opening day and $10.6M opening weekend. Both Don’t Breathe 2 and Resident Evil are rated R.

Among films in regular release, Sony’s Ghostbusters: Afterlife led Tuesday with an estimated $4.7M, up 23% over Monday, taking its five-day total to $52.5M.

Disney/Marvel’s Eternals posted $1.5M, +5% over Monday, for a running total of $139M in its third week. Further boosting the MCU brand, Hawkeye drops its first two episodes on Disney+ today.

Harry Potter Fan Has A Perfect Response After Tom Felton Compares His Own Family To Malfoy’s
‘A Little Life’: James Norton To Star In West End Adaptation Of Hanya Yanagihara Bestseller
This Is Life with Lisa Ling: Cancelled by CNN; No 10th Season for Documentary Series
How Did Andrew Garfield And Bridgerton’s Phoebe Dynevor Actually Meet?
Jennifer Lopez Reveals New Album With 20-Year Transformation Video