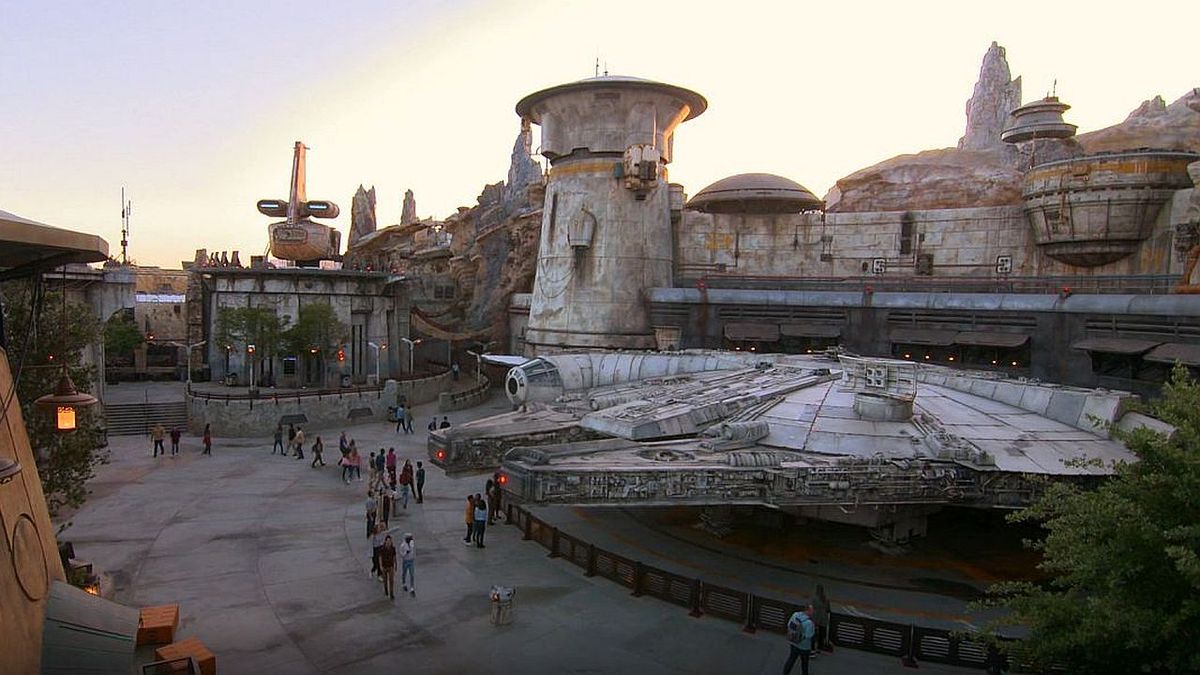 Rise of the Resistance isn’t a new attraction. It’s a bit newer at Disneyland than it seems because the park was closed for a year only a few months after the attraction opened. And so, if you didn’t have a chance to visit Disney World, that saw the ride first, and reopened sooner, then you’ve only had a few months of total time to give it a try. Which maybe why, now that Disneyland is using a standby queue for the first time, wait times have been a little nuts.

Rise of the resistance standby line at Disneyland is already at a 2 1/2 hr wait at 8:30AM 😱🤯 The line currently stretches all the way to the front of Pirates of the Caribbean. pic.twitter.com/w2goEjfQbWNovember 22, 2021

Things were certainly wild early on. With the virtual queue system that was the only way to get on Rise of the Resistance previously, if you were not fast enough to get a boarding group, you simply lost out. Now, there is a guarantee that people can at least get on the ride. Even if it means waiting a significant amount of time. Whether or not a two and a half or three hour wait is reasonable, is going to be up for debate, however.

However, while a three hour wait might be either reasonable or insane depending on how badly somebody wants to ride Rise of the Resistance, waits weren’t over two hours all day. At other times in the last couple of days the wait times have been much more reasonable.

Yesterday #Disneyland changed Rise of the Resistance from boarding groups to standby wait. This morning we got in line 9 minutes after park opening with a 60 minute posted wait. We timed the actual wait at 44 minutes. Now the posted wait is up to 120 minutes. Not bad!November 23, 2021

And then there have been the times where the wait has been insane, but not insanely long, rather insanely low. Although, it looks like you have to forego fireworks to be able to get that kind of wait time. And I’m not sure that’s entirely worth it.

Sorry Believe in Holiday Magic Fireworks you are no longer priority https://t.co/ZTu94gApWANovember 23, 2021

Officially Disneyland is running a hybrid system for Rise of the Resistance, so the park still may use virtual queues on busier days, while doing standby at other times. However, it seems likely the goal here is to transition strictly to the standby queue.

Walt Disney World moved to a standby queue just before it opened its newest attraction, Remy’s Ratatouille Adventure, at Epcot that uses virtual queues. It also introduced the Genie+ system and the Lightning Lanes, the replacement for FastPass, shortly thereafter and it seems like that’s the plan here as well. While Disneyland hasn’t revealed when Genie+ will launch at the park, it will likely be soon. Then guests won’t have to wait in the line, no matter how long, if they’re willing to spend a few bucks.