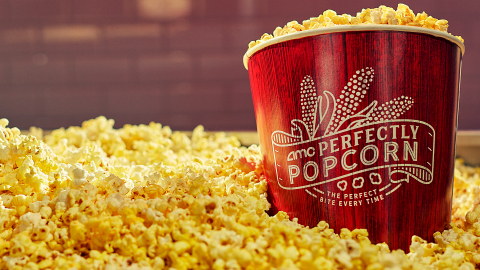 AMC CEO Adam Aron, who already has announced a push into retail popcorn sales and accepting payment in cryptocurrencies, waxed enthusiastic Monday at a flood of new ventures suggested by the chain’s 4.1 million retail investors. The floated ideas include everything from an AMC credit card and a return to movie producing to its own branded cryptocurrency.

AMC may have been fighting for its life last year, when it staved off bankruptcy multiple times, Aron said on a post-earnings conference call. But it’s a new era thanks to cash the company was able to raise from a ballooning stock price early this year courtesy of fans-turned-investors on Reddit chat rooms and across social media. CFO Sean Goodman read Aron a free-for-all list of questions culled from this pool during an earnings call with analysts after it reported Q3 earnings.

An enormously high 80% of AMC shareholders now are individual investors (versus institutions) who continue to buy and hold the stock, and whom the CEO needs to keep in his corner.

Here are some of his responses:

On AMC making movies: Aron recalled it’s been tried. The chain’s former Open Road production and distribution venture with Regal won a Best Picture Oscar in 2015 with Spotlight. “When so much content is being created, it is interesting to contemplate, should AMC fund content? Should AMC fund exclusive content? … These are possibilities that we will be exploring in 2022 and beyond. I have already had conversations with some of the best filmmaker in Hollywood. We have a war chest of equity capital to think differently about our future. Possibly going into joint ventures with moviemakers is something we could consider.”

On AMC-branded credit cards: “We have already started discussions with several of the major credit card-issuing banks to see if we can start something in 2022.” There’s a clientele, he said, in the AMC Stubbs, AMC A-List and new army of retail investors who are “very much invested in our company financially and emotionally.”

On crypto: AMC has been exploring with third parties how we can accept crypto “and even launch our own.”

On NFTs: AMC is currently “in conversations with multiple major Hollywood studios about the concept of joint  commemorative NFTs related to major film titles” that show in AMC theaters.

On merchandise: “T-shirts, golf shirts, coffee mugs, hats. Seems like a good idea to us, especially if we can connect it to major movie titles playing in our theaters.”

On e-sports and gaming: “There are reasons to think it might be a smart idea.” Aron noted that Epic Games president Adam Sussman is on AMC’s board. And, “Not a week goes by that we aren’t asked to form a partnership with GameStop, which apparently many of you have heard of,” he joked about the other hot meme stock.

Aron also made sure to get ahead of bad press he clearly anticipates when he sells stock by the end of this year, explaining that he needs to do it for estate planning purposes. Because at his age, 67 it’s “prudent” to diversify. “You should expect to see some stock transactions shortly on my behalf,” he said, noting that he’ll still own more than 2 million AMC shares.

Aron and Gamble reluctantly took one question from a sole Wall Street analyst before logging off after Aron appeared to take a jab at Wall Street in his comments.

“You don’t drive a car looking into the small rear view mirror and pondering where you’ve been. You look through the big front window at where you are heading. When some people have looked at AMC, they have made the mistake of looking at where we were during the pandemic. They don’t factor into that our enthusiastic new shareholders who have armed us with a war chest of over $1.8 billion,” he said, referring to the company’s newfound liquidity.

“We intend to use it carefully to get to the other side of this pandemic. At the same time, this money should let us think boldly about how we can transform to a new company that does more than just show movies in cinemas.”