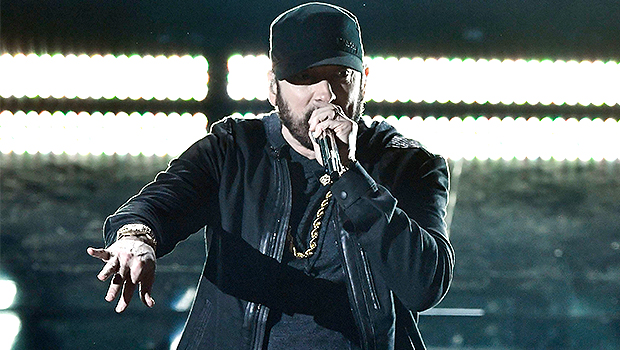 This is not a drill: Eminem, Dr. Dre, Mary J. Blige, Snoop Dogg, and Kendrick Lamar have been tapped as 2022 Super Bowl halftime performers.

Pepsi just announced an iconic halftime show lineup for the 2022 Super Bowl: Eminem, Dr. Dre, Snoop Dogg, Mary J. Blige, and Kendrick Lamar have been tapped to take the stage at SoFi Stadium in Inglewood in Los Angeles for football’s biggest Sunday on February 13, 2022. The game and halftime show will be aired on NBC, Telemundo, and Peacock.

Pepsi shared the news on social media on September 30, writing alongside an image of the award-winning artists, “43 Grammys, 19 No. 1 Billboard albums, 5 epic hitmakers and 1 stage for the #SBLVI #PepsiHalftime show.” The performance will mark the first time the five artists will perform together on stage. Next year’s Super Bowl also marks the first time the greater Los Angeles community will host the event in nearly 30 years.

“Artists like Dr. Dre and Snoop Dogg were at the forefront of the West Coast hip hop revolution, so to be able to bring them back to LA, where it all began alongside Eminem, Mary J. Blige and Kendrick Lamar will prove to be an epic, unforgettable celebration of the impact hip hop has today,” Todd Kaplan, Pepsi’s marketing VP, said in a press release, adding, “We are thrilled to bring together such an incredible array of talented, record-breaking musicians to put on a performance for the ages.”

Adam Harter, senior vice president of media, sports, and entertainment at Pepsi, added, “This year we are blowing the roof off the concept of collaboration. Along with the NFL and Roc Nation, we continue to try and push the limits on what fans can expect during the most exciting 12 minutes in music; this year’s superstar line-up is sure to deliver a mind-blowing performance.”

On Instagram on Thursday, the performers celebrated the news. “I’m extremely excited to share the stage with my friends for the #PepsiHalftime Show,” Dr. Dre wrote. “This will introduce the next saga of my career.” Eminem wrote, “Dre day in February 🌴🏈? I’m there!” Both Snoop and Mary wrote, “Let’s go!” while Kendrick shared the promotional art on his IG Story.