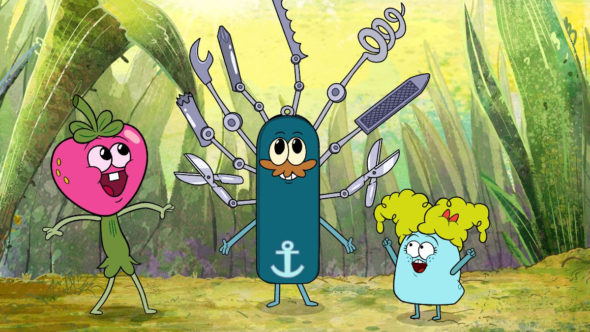 The Mighty Ones is returning to Peacock and Hulu for its fourth and final season next month. The streaming services have released new key art and a trailer teasing the new episodes of the animated series for kids from DreamWorks Animation Television.

Featuring the voices of Jessica McKenna, Alex Cazares, Jimmy Tatro, Josh Brener, Johnny Pemberton, Kayvan Novak, and Flula Borg, the 10-episode season arrives on December 9th. The series follows the adventures of the small residents of a backyard world —  a twig, a pebble, a leaf, and a strawberry. Together, these best friends call themselves “the Mighty Ones.”

Hulu revealed more about the final season in a press release.

The Mighty Ones once again find themselves in uncharted territory as they continue to discover unexplored areas of the yard. Twig must fight for his life in a Gladiator Pit after being accidentally discarded into a compost bin. The group embarks on an epic quest to find something called a cup. Leaf struggles to find a decent pair of pants. And when they decide to launch themselves into outer space, they become stuck in the heavens (really, a light bulb).

In every backyard a secret world exists filled with tiny creatures. The Mighty Ones follows the hilarious adventures of the smallest of them: a twig, a pebble, a leaf and a strawberry who call themselves “the Mighty Ones.” These best friends live in an unkempt backyard belonging to a trio of equally unkempt humans who they mistake for gods. Despite their diminutive stature, the Mighty Ones are determined to live large and have fun in their wild world.

Check out the new key art and trailer for The Mighty Ones season four below. 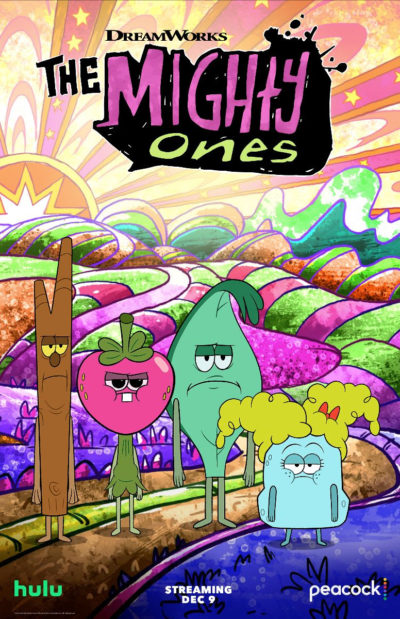 What do you think? Are you excited about the fourth and final season return of this animated series next month?