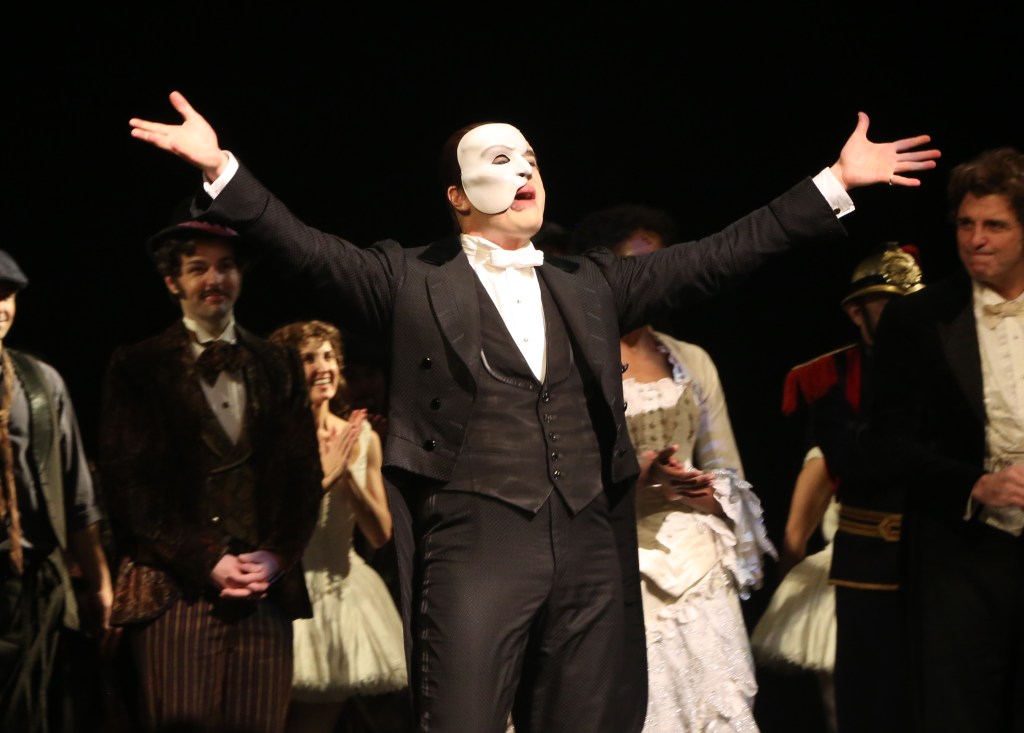 Broadway’s long-running The Phantom of the Opera, which has enjoyed a big box office upswing since announcing in September that it would close on February 18, won’t be making its exit quite so soon. Producer Cameron Mackintosh has given the show an eight-week extension, with a new closing date of April 16.

Mackintosh said in a statement today, “The response to the news that The Phantom of the Opera is finally going to end its record-breaking original Broadway run after 35 years has been as phenomenal as the show itself. We are all thrilled that not only the show’s wonderful fans have been snapping up the remaining tickets, but also that a new, younger audience is equally eager to see this legendary production before it disappears. Such is the demand for tickets that we are delighted to announce that The Shubert Organization has been able to arrange a final eight-week extension of the run at The Majestic Theatre.”

Tickets for the final 10 weeks of the show’s run will go on sale tomorrow.

“For most of last year, we were losing every week,” Mackintosh recently told The New York Times. “There comes a point when you become theatrical wallpaper. People took it for granted that it’s going to run forever.”

The producer said there will be no further extensions. The show will end its Broadway run with a benefit performance on April 14, and a final performance before an audience including alumni and friends of the show. The Majestic Theatre will then be closed for major renovations after the Phantom‘s 35-year run.

Composer Andrew Lloyd Webber said today, “I am delighted that, after such an incredible reaction from audiences, Phantom at The Majestic is extending. If only the theatre wasn’t closing for a major refurbishment, we’d be there for an awful lot longer. I would love to thank everyone who has made this extension possible, from our cast and crew, to our brilliant musicians and everyone at The Majestic Theatre.”

Robert E. Wankel, Chairman and CEO of The Shubert Organization said, “After so many years at The Majestic Theatre, the renovations on and off stage will be considerable, making April 16 the latest performance date possible for Phantom. Until then, we look forward to celebrating this extraordinary success with Andrew Lloyd Webber, Cameron Mackintosh and everyone in The Phantom family.”

No update on whether the Majestic will undergo a name change with the refurbishment; TV and stage icon Carol Burnett recently launched a social media campaign to get the venue renamed for legendary producer and director Harold Prince, who directed Phantom.