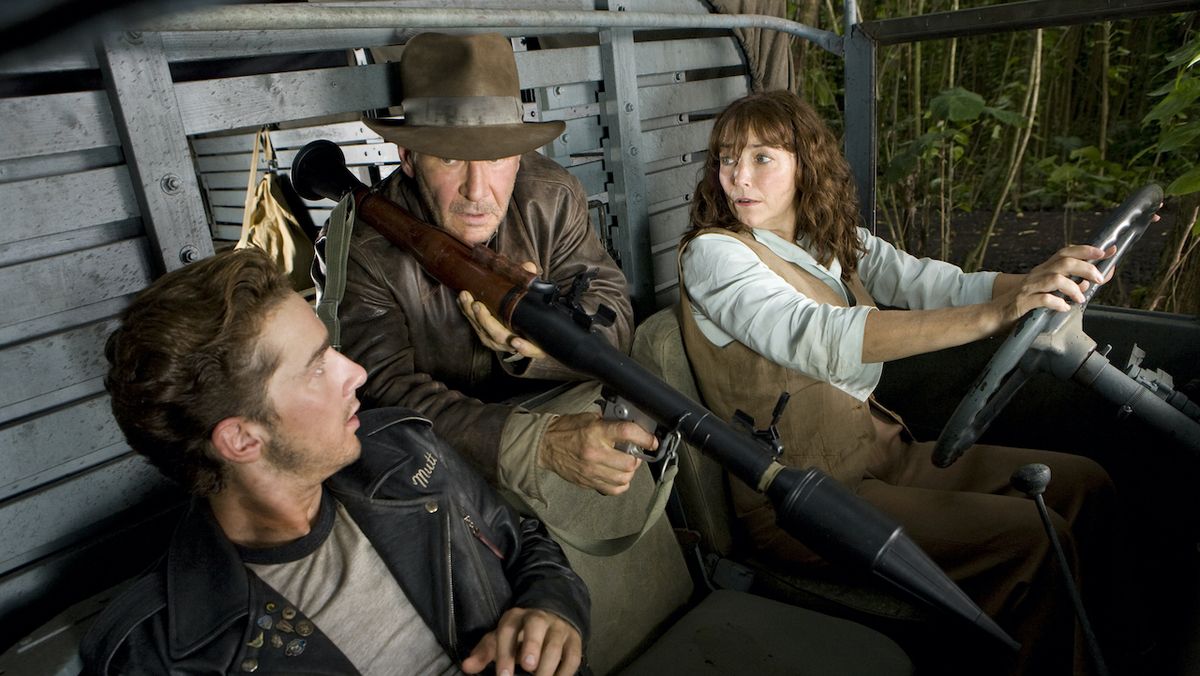 Kathleen Kennedy was among the many people Empire Magazine spoke to for its latest issues coverage on Indiana Jones 5, which includes our first full look at Harrison Ford back in the title role, Mads Mikkelsen’s antagonistic character being identified and the revelation that Ford will be de-aged for the opening sequence. Looking back to Indiana Jones and the Kingdom of the Crystal Skull, Kennedy admitted that the movie’s story probably wasn’t as up to snuff as it should have been, saying:

From the ‘nuke the fridge’ sequence to Shia LaBoeuf’s performance as Mutt Williams to aliens being focused on rather than religious/supernatural phenomena (something writer David Koepp acknowledged was a mistake), there are plenty of elements in Indiana Jones and the Kingdom of the Crystal Skull that rubbed fans the wrong way. It’s like Kathleen Kennedy said, no one sets out to make a bad movie, but in this instance, she realizes that the story could have been improved. To be fair though, there were also multiple versions of a fourth Indiana Jones movie that had been written for more than a decade prior to the Crystal Skull story being selected, so it’s not like this movie was rushed to the big screen.

Maybe had one of those earlier narrative concepts been retained, Indiana Jones 4 would have been a hit on the level of Raiders of the Lost Ark, Temple of Doom and The Last Crusade. But hindsight is 20/20, and as mentioned earlier, even though much of the Indiana Jones fanbase was displeased with Kingdom of the Crystal Skull, one can’t truly classify it as a bomb critically or commercially. Regardless, the stage is now set for Indiana Jones 5 to resume this film series, and fingers crossed it earns a better reputation than Crystal Skull, especially since it’s been confirmed that this will be Harrison Ford’s final time playing Indy.

Indiana Jones 5 arrives in theaters on June 30, 2023, and our 2023 release schedule is available to peruse if you’re curious about other movies coming out next year. It’s also worth mentioning that Disney+ is reportedly developing an Indiana Jones TV series that’s rumored to be about Indy’s mentor, Abner Ravenwood.

NBA YoungBoy Converting to Mormonism, Remorseful For Making Violent Music
Watch Love is Blind’s SK Propose to Raven All Over Again
Tom Brady Won’t Rush Back to Work, Focusing on Family and Kids, Not Dating
Why Susan Sarandon Says She Won’t Apologize For Daughter Eva Amurri’s Upbringing Being Like A ‘Circus’
Selena Gomez Shares Unfiltered Photos, Gets Online Support