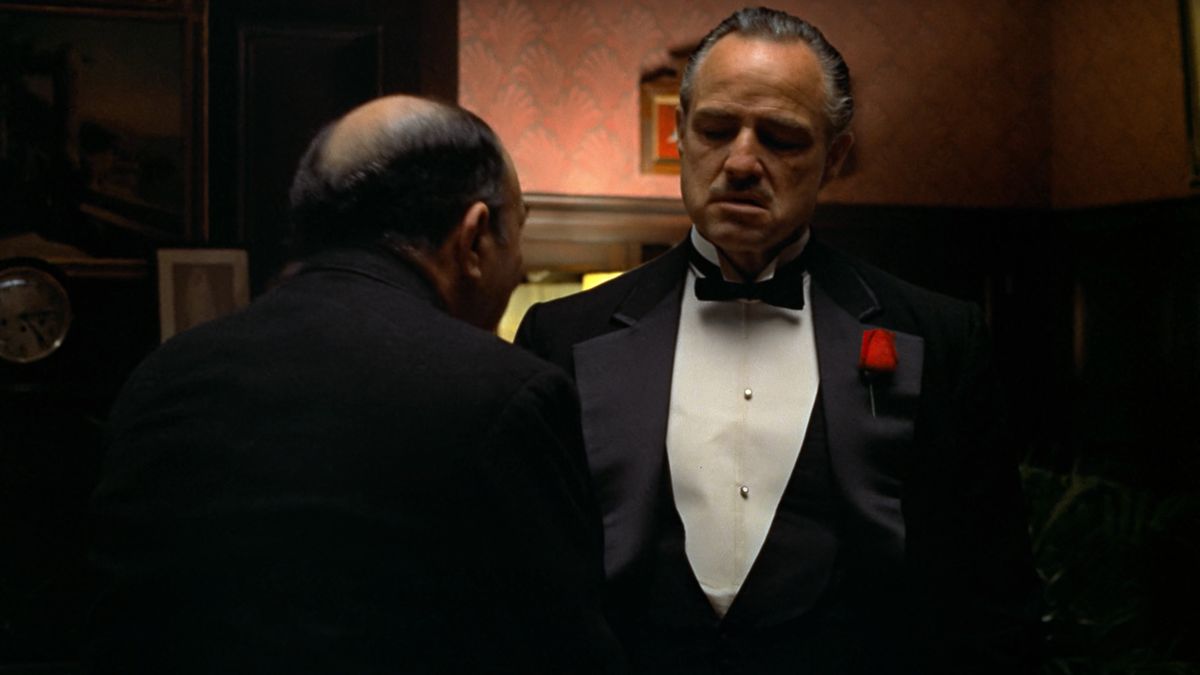 Throughout my life, I have watched The Godfather about every possible way besides laserdisc (checks the laserdisc catalogue to see if that was a thing) and have spent so much time with the Corleone family at the center of Francis Ford Coppola’s 1972 crime epic that I have just about every line of dialogue memorized. When the Blu-ray version came out more than a decade ago, I thought there would never be a better version, but was proven wrong earlier in 2022 when the new and improved 4K release came out and made me feel like I was watching it for the first time all over again.

Amazon has a Black Friday offer you can’t refuse that gives you The Godfather on 4K UHD and Digital for half the price you would normally pay. And don’t worry, there’s no quid pro quo for making the most out of this incredible discount.

Watch The Godfather On 4K And Digital

If you were holding off for a better deal for The Godfather, the time has come, as the Academy Award-winning movie that helped turn Al Pacino into a household name and features one of James Caan’s best performances is currently available for $12.99 (list price is $25.99). Considering the level of detail that went into the most recent restoration of one of the best films of all time, this is an incredible steal, one so good you’ll say “Leave the cannoli, take The Godfather 4K.”

The movie comes with a digital code (also 4K UHD) that can be added to your Vudu account (The Godfather is not available on the Movies Anywhere service).

Although it doesn’t come loaded with the massive collection of bonus features found on The Godfather Trilogy set, this version does have a couple cool bonus items worth checking out. First, there’s the new introduction from Francis Ford Coppola where the director talks about the improvements made to the movie while also diving into its 50-year legacy. Also included is a director’s commentary track, again featuring Coppola, where he talks about the film’s iconic sequences and so much more.

The Second And Third Godfather Movies Are Also Discounted

Amazon doesn’t have a Black Friday deal for the entire The Godfather Trilogy collection, but all three movies are available with major discounts individually.

If you have been meaning to pick up a copy of The Godfather Part II and see how those scenes of a young Vito Corleone (Robert De Niro) look in 4K, this is your golden opportunity. The 1974 sequel, considered one of the best ‘70s movies, is currently available for $12.99 (list price $25.99).

Released in 2020, Mario Puzo’s The Godfather, Coda: The Death of Michael Corleone serves as a new and improved director’s cut of the third and final movie in the epic crime saga. With a retooled story, slightly shorter runtime, and improved visual clarity, this recut version adds another layer to the franchise. The movie is currently available for $16.99 (list price $25.99)

To see the great Black Friday deals for movies, TV and other entertainment products, click the banner below: