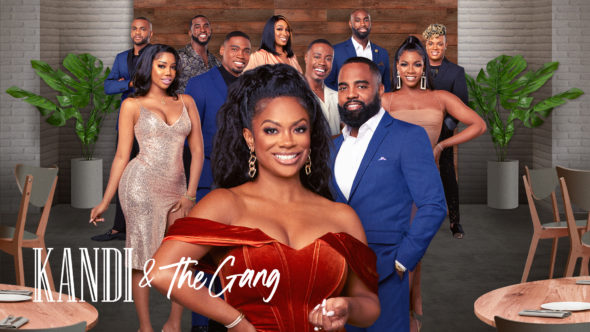 Kandi & the Gang is not returning for a second season on Bravo. Star Kandi Burruss revealed the reality show’s cancellation during an Amazon Live appearance. A spin-off of The Real Housewives of Atlanta, the series follows Grammy-award winner Burruss and the staff of her Old Lady Gang restaurant in Atlanta.

Bravo revealed the following about the now-cancelled series before its March 2022 release:

Kandi & The Gang chronicles Kandi, Todd and OLG’s dynamic staff as they face a much-needed change at the restaurant while juggling their career ambitions, larger-than-life personalities and personal lives. After being hit with a myriad of obstacles, Kandi and Todd step in with a plan to turn the tide. With tensions rising as family members don’t perform up to standards, a little tough love and a lot of restructuring will shake things up with the staff, whether they’re ready for it or not.”

Per Deadline, Burruss said, “Definitely, it is not returning. Bravo is not bringing it back. So sad, and I am super upset about it.”

Burruss will still be seen on Bravo, however, as part of The Real Housewives of Atlanta. The singer has also filmed another series, which will follow her and her fellow Xscape group members.

“I have been in so many arguments, since the summer, since we were filming the Xscape show all the way now filming Housewives,” she revealed. “I feel like I have argued with everybody. Like, almost had some crazy blowouts with some people.”

There’s been some craziness happening. RHOA, of course, if I be feeling like everybody is coming for me constantly lately and this time I am just not taking it lying down. Yes, I have been having to read some people left and right and it’s been going down.”

What do you think? Did you watch Kandi & the Gang? Did you want to see a second season of this reality series on Bravo?