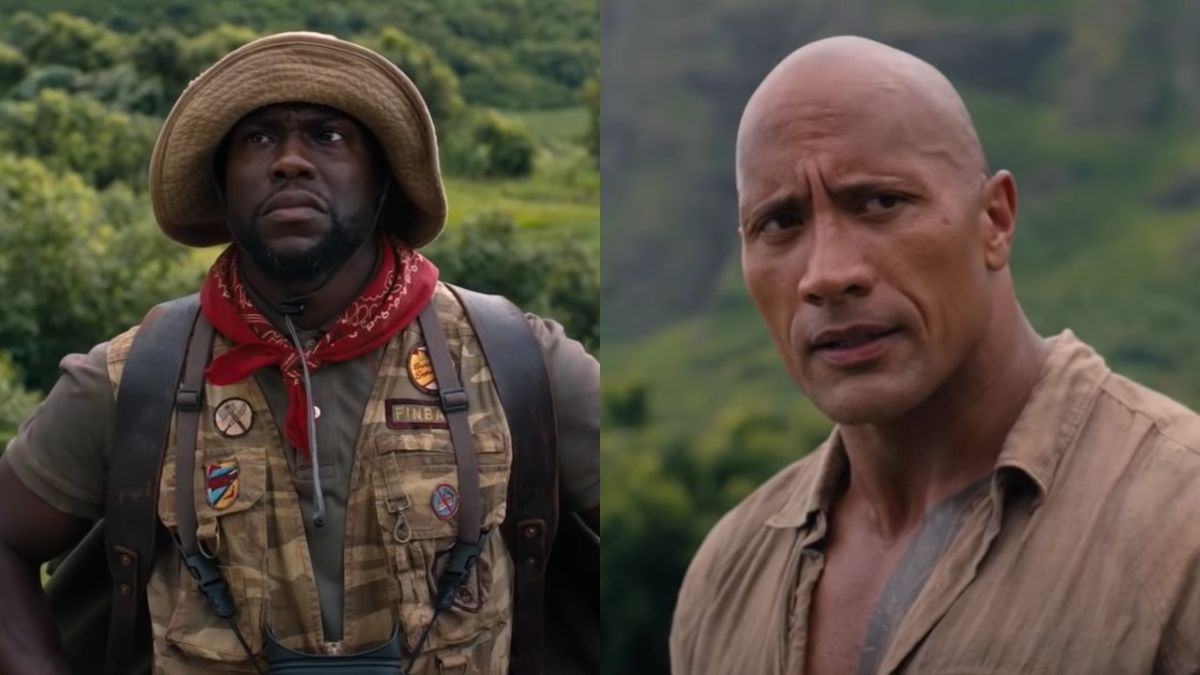 If you’ve been around the Internet anytime in the past 10 or so years, you probably know that Kevin Hart and Dwayne “The Rock” Johnson sporadically bust each other’s balls and have friendly back-and-forths about their friendship via social media. Johnson will poke fun at Hart’s height, and comic will respond in kind with an impression of the massive star working out. The hilarious faux feud between the two A-listers apparently continues, as Hart seemingly felt like throwing a little shade by sharing a hilarious throwback of The Rock.

Besides Ryan Reynolds and Hugh Jackman’s similarly good-natured exchanges, Dwayne Johnson and Kevin Hart’s history of ripping on one another is arguably one of the best things that have come out of a celebrity bromance, at least where the Internet is concerned. Just like Reynolds and Jackman’s feud though, Johnson and Hart actually have a pretty great friendship backing up their constant stream of burns and hilarious public shaming.

That’s why when the Think Like a Man star recently posted a throwback picture of he Rock to his Instagram with a caption that calls him out for once having some pretty tight Jerry curls, the Internet knew it was nothing personal. You can see the photo and humorously offending caption in the post below, where Johnson is looking like a real mood in his early WWE days:

Of course, Kevin Hart starts out the post as if he’s going to compliment Dwayne Johnson, but fans of the two probably knew what direction he was going with it. Hart goes on to completely bash Johnson’s past hairstyle choice. If that wasn’t enough, he ended his caption by flatout calling his giant of a bestie a “Jackass” and adding a string of cry laughing emojis for good measure.

Fans are loving the seemingly random throw of shade, as Game of Thrones star and Johnson’s fellow Fast Family member, Nathalie Emmanuel, commented, “Just trollin’ on a Thursday.” She’s not the only one who finds the humor in Kevin Hart’s photo, as Rick Ross himself pointed out the print in Johnson’s collar, saying it looks like Louis Vuitton. That comment has well over 1000 likes and what looks like hundreds of laughing emojis in responses.

While the photo and caption are undeniably hilarious paired together, some fans are more amused by the fact that Dwayne Johnson is going to have to respond to the burn with his own. Another commenter even asked if Hart knows there will, in fact, be consequences to the shade he has thrown.

There will be plenty of time for more clapbacks and a response from Dwayne Johnson, of course. He and Kevin Hart will be working side-by-side on Jumanji 4. Though there is currently no release date for that and we may not see the two actors in a film together on our 2023 film schedule, the promise of more of the duo is enough to get one excited as is the expectation of more faux feud content.