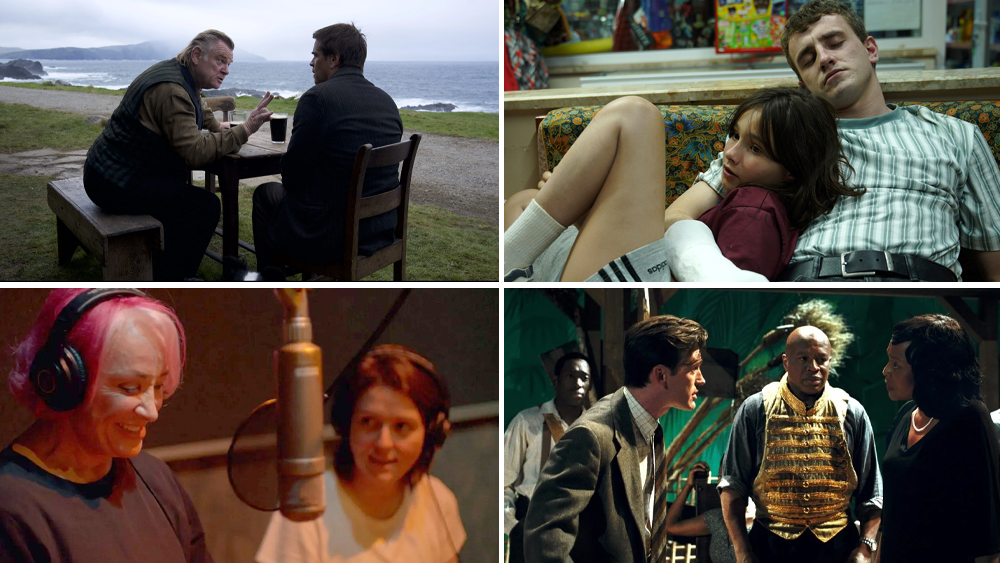 The Banshees of Inisherin, which won writer-director Martin McDonagh Best Screenplay and Colin Farrell the Volpi Cup for Best Actor in Venice last month, hits theaters in New York and Los Angeles on Friday, expanding to 10 more markets/50 locations next weekend, and to 600-800 screens November 4.

If standing ovations say anything, the comedy-drama had a rapturous 13 minutes of applause on the Lido. It’s certified fresh at 99% on Rotten Tomatoes. (Here’s the Deadline review.) Critical acclaim plus a nascent arthouse revival underway bode well for the Searchlight Pictures film, the distributor’s second big-screen outing after a 10-month hiatus. Its first was See How They Run last month. Next up, Mark Mylod’s Adam McKay-produced horror-comedy The Menu in November, and Sam Mendes drama-romance Empire of Light drops December 9.

Banshees opens at The Grove and Century City in LA and the Angelika and AMC Lincoln Square in NY with McDonagh at post-screening Q&As Fri. and Sat. at both LA locations.

Banshees follows Brendon Gleeson and Colin Farrell (In Bruges) as lifelong friends at an impasse when one abruptly ends their relationship. (Farrell, the needy friend, crashed Gleeson’s opening monologue as SNL host earlier this month asking, “Who’s your most favorite co-star you’ve ever worked with?”) Also stars Kerry Condon and Barry Keoghan.

A24 presents Charlotte Wells’ debut film Aftersun on four screens in in NY/LA. The story of an 11-year-old (Francesca Corio) on holiday with her father (Paul Mescal) premiered at Cannes. Shot on location in Turkey, the film is partly a comedy-drama about a package holiday, but also a meditation on memories of a father with mental health problems, says Deadline review here. A 97% with critics on RT.

Sony Pictures Classics opens Kathlyn Horan’s The Return of Tanya Tucker – Featuring Brandi Carlile in NY and LA. The latter musician pulls the former back to the spotlight as they two create an album based on the life of Tucker, who first shot to fame as a teenager in the ‘70s with Delta Dawn but had been absent from the music scene for decades. Carlile encourages Tucker to push past her fears for a new sound and a new audience in a collaboration that saw Tucker win two Grammy awards. Scenes of the musicians writing and refining music are mixed with archival footage and photographs exploring Tanya’s history, beginning in a trailer in Seminole, Texas. Deadline TIFF interview with Horan here. SPC acquired the film off its SXSW premiere.

Country music star Carlile is playing Madison Square Garden Saturday. In Sept., her a live Laurel Canyon concert for Imax was one of the large screen exhibitor’s biggest live events.

“We’re following the country music trail with this,” said SPC co-president Tom Bernard, anticipating audiences will turn out it the South and Southwest.

Music docs of all sorts are having a moment with Moonage Daydream last month helping launch the indie film revival that’s been gaining mass with festival films as awards season kicks off. SPC’s Hallelujah: Leonard Cohen, A Journey, A Song opened in July for a long run and more than $1 million at the domestic box office. ($1.4 million worldwide).

“You’ve got some great filmmakers out there” making music docs, Bernard. “This one takes you inside the creation of a song, from walking in the door, to the finished product. The subtleties, day-in, day-out, until it happens. And you’re astounded by how [Carlile] deals with Tanya and how they move things forward.”

Kino Lorber opens Nina Menkes’ Brainwashed: Sex-Camera-Power at the DCTV Firehouse Cinema in NYC and Laemmle Theaters in LA before expanding. The Sundance film investigates the politics of cinematic shot design and how this meta-level of filmmaking intersects with ongoing epidemics of sexual abuse and employment discrimination against women. A deep dive into patriarchal power and how it seeps into every last shot in cinema. Featuring over 175 movie clips from 1896 to 2020 and interviews with an all-star cast of industry players.

The Fire That Took Her from MTV Documentaries opens at the Quad and the Laemmle Monica. Directed and produced by Patricia E. Gillespie, executive produced by Sheila Nevins. Follows mother-of-two, Judy Malinowski, who was doused in gasoline and set on fire by her crazed ex-boyfriend. She set legal precedent as the first woman to testify at the trial for her own murder. The film goes inside her landmark case to ask a timely question: How much must women suffer in order to be believed?

Brown returns to her hometown of Mobile, Alabama to document the search for and historic discovery of The Clotilda, the last known ship to arrive in the United States illegally carrying enslaved Africans. Deadline review here.

Lightyear Entertainment presents Voodoo Macbeth in NY and LA, a film with an unusual provenance, as the first theatrical release by a USC program, and with ten directors and eight writers. It’s based on the young Orson Wells’ real life 1936 Harlem stage production of a Haiti-set Macbeth with an all-black acting troupe. The witchcraft of the original play becomes Caribbean voodoo.

The film is also the story of that play’s star Rose McClendon (played by Inger Tudor), a largely forgotten actress who was a light of the Harlem renaissance. Wells is played by Jewell Wilson Bridges. The controversial production ran for 10 weeks to a packed house at the Lafayette Theatre then toured America.

By USC Originals, a program of the USC School of Cinematic Arts, in association with Warner Bros. Voodoo Macbeth was overseen by veteran producer and USC professor John Watson who serves as an executive producer. USC projects engage teams of recent alumni and advanced students.

Lightyear president Arnie Holland is keeping a 90-day theatrical window and hopes to roll the film out more widely. “I believe that audiences are coming back to theaters and particularly the arthouse audiences that we are looking for with this film, although it has potential to reach way beyond that,” he said, given the elements — Orson Well, Black history, cinema history, the Harlem Renaissance.

Holland acquired the film after seeing it at the Sedona Film Festival. Wells “was only 20 years old and pulled off this amazing feat, together with Rose. I think it’s a testament to what can happen when people work together to create something great.”