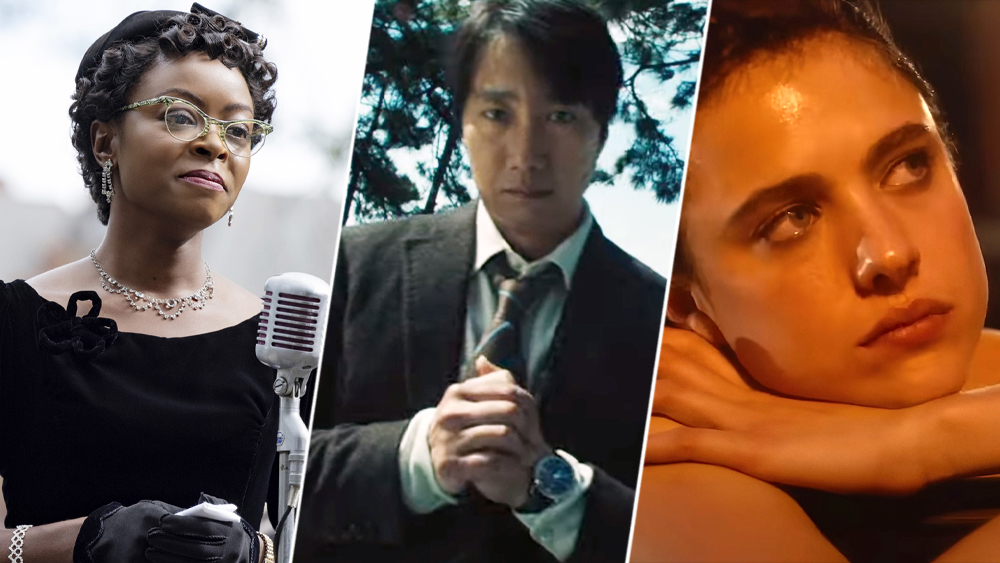 Till, from United Artists Releasing, world premiered at the ongoing New York Film Festival to stellar reviews (100% on Rotten Tomatoes, with a star turn for Danielle Deadwyler). It opens on 16 screens in five markets – NY, LA, Chicago, Atlanta and Washington, D.C. The story of Emmett Till, a 14-year-old lynched in 1955 while visiting cousins in Mississippi, is an emotional one, and a tough one. But explicit violence is something Chukwu determinedly left out of the frame, focusing instead on Deadwyler’s Mamie Till-Mobley, Emmet’s mother, as she pursues justice for her son. Word of mouth, that this is first and foremost a poignant, powerful cinematic journey about one person changing history, will be key.

Till-Mobley “stood up, she made a difference,” said UAR President Erik Lomis. “It’s a tough topic covered with delicacy.” The film is launching at a mix of high-end commercial and commercial African-American venues including the Lincoln Square, Union Square and Harlem in New York, and The Grove, Century City and Baldwin Hills in LA. It will add more markets next week ahead of a national rollout.

Mubi presents Decision To Leave at three locations in New York (Angelika Film Center) and Los Angeles (AMC Sunset 5 and AMC Culver City). It expands to a few dozen theaters next week, eventually going up to several hundred — by far the biggest release footprint yet for the distributor, global streaming service and production company. Park won Best Director at Cannes for the film, which is South Korea’s entry for Best International Feature Oscar. It’s got a 92% on Rotten Tomatoes. Deadline review here.

“He is in that rarefied space — he doesn’t come out with a movie every year. This has been percolating for so long,” said Chris Wells, Mubi’s distribution director. “This is a different kind of Park film, a very adult love story, not as explicitly violent or sexual. It’s a whole new level of craft.” The first film in six years by the director of Oldboy and The Handmaiden will hopefully bring a new audience to his work, Wells said.

The Hitchcockian romantic thriller follows a detective (Park Hae-il, The Host) who finds himself trapped in a web of deception and desire while investigating a recently widowed woman (Tang Wei, Lust Caution).

Wells noted as others have that traditional platform releases — which in many instances fell by the wayside during Covid in favor of wider distribution on week one — are back. The market “is naturally reverting to the way it was for big arthouses releases,” a sign of a gradual return to normalcy.

Other specialty openings: A24 presents Claire Denis’ Cannes Grand Prix winner Stars At Noon, the romantic thriller about a young American journalist stranded in present-day Nicaragua who falls for an enigmatic Englishman, but soon realizes that he may be in greater danger than she is. Based on the 1986 novel by Denis Johnson. Written by Claire Denis. Starring Margaret Qualley, Joe Alwyn, Danny Ramirez, Benny Safdie. Theater count not available. Day and date ahead of Hulu release Oct. 28. Deadline review here.

Netflix expands Edward Berger’s All Quiet on the Western Front to 35 theaters in about 20 cities, including the Paris and IFC Center in NYC, the Landmark Westwood, Los Feliz, and the Bay in LA, as well as theaters in Toronto and Vancouver. Germany’s Oscar entry for Best International Feature premiered at TIFF, Deadline review here.

The streamer’s The Good Nurse will open Wednesday, Oct. 19 in 30+ theaters including the Paris and IFC Center in NY and iPic Westwood, Los Feliz and the Bay in LA. The film by Tobias Lindholm, based on a true crime story about a serial killer nurse, premiered in Toronto and stars Eddy Redmayne and Jessica Chastain. Based on the book by Charles Graeber. Deadline review here.

Apple opens Raymond & Ray in six theaters in LA and NY. By Rodrigo García, it stars Ethan Hawke and Ewan McGregor as half brothers who reunite when their estranged father dies and find that is final wish was for them to dig his grave. It screened at TIFF, Deadline review here.

Screen Media opens Kevin Lewis’ The Accursed in 10 theatres and on demand. The horror film stars Mena Suvari, Sarah Grey, Meg Foster and Alexis Knapp. It follows a young woman forced to return home following the death of her mother. Consumed by guilt and desperate to escape haunting visions, she takes a caregiver position for a comatose, old lady living alone in the woods – but not all is as it seems.

Lofty Sky presents Eternal Spring, Canada’s submission for Best International Feature Film, at the Film Forum. The animated documentary by Jason Loftus highlights the work of internationally renowned comic book illustrator Daxiong (Justice League, Star Wars). A member of the banned Falun Gong spiritual group, he was forced to flee China after police raids in the city of Changchun. Uses Daxiong’s animation to tell the true story of the movement’s takeover of a television station, followed by the arrest, torture, and imprisonment of thousands. Eternal Spring was featured at the London and New York Human Rights Watch Film Festivals and won the Audience Award at Toronto’s Hot Docs.

Cinedigm presents Sell/Buy/Date in limited release. A hybrid doc/narrative following Tony winning performer and comedian Sarah Jones, with Bryan Cranston, Rosario Dawson and Ilana Glazer. Executive Produced by Meryl Streep. As a mixed-race Black woman in America, Jones alongside the multicultural characters she’s known for, explores her own personal relationship to one of the most misunderstood issues in our current culture: the sex industry, and the surprisingly diverse range of people whose lives it touches. Through interviews and celebrity cameos, the film poses the question: how can we as a society have a healthy relationship to sex, power, race and our economy, without exploitation or stigma? Originally an off-Broadway solo show by Jones, the film premiered at SXSW.