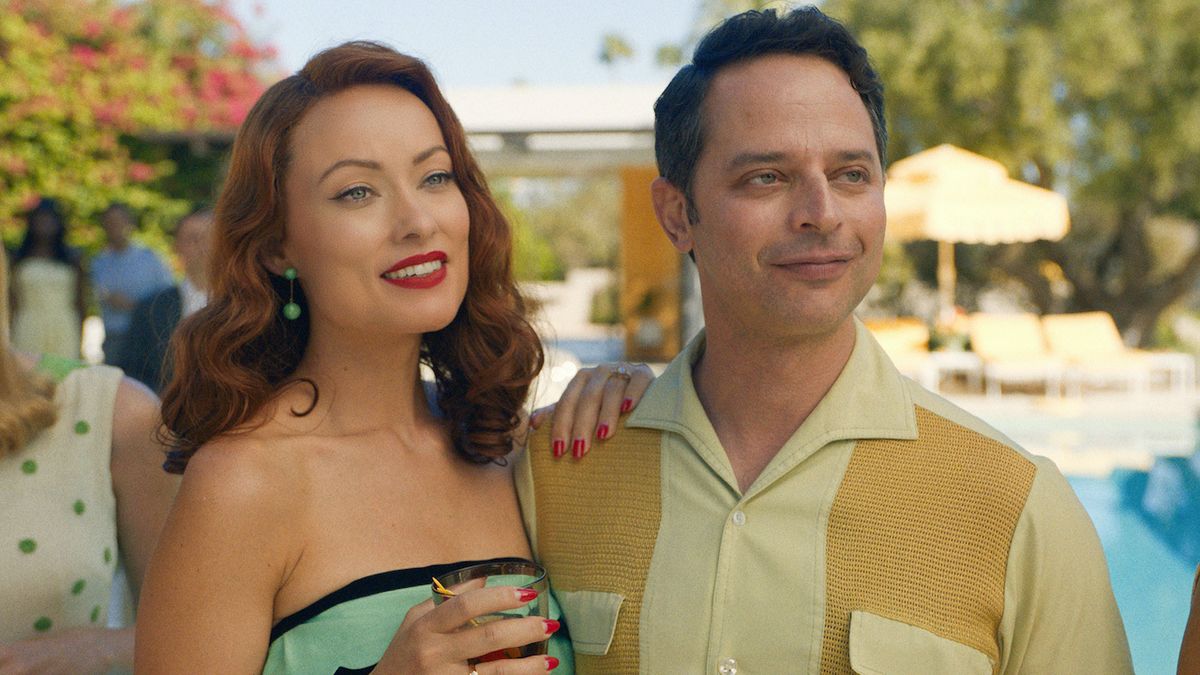 Months before Don’t Worry Darling came out, all of the drama surrounding the movie led to some major press rumors and allegations. This wasn’t just because of the long-rumored feud between Olivia Wilde and Florence Pugh, but also because the rumors that occurred during the movie’s Venice premiere involving Harry Styles and Chris Pine. Luckily, one of the stars of the movie, Nick Kroll, has set us straight in joking response to the feud rumors and drama of Don’t Worry Darling.

Don’t Worry Darling had a wild premiere at the Venice International Film Festival, and among the  notable moments was Harry Styles allegedly spitting on Chris Pine. While talking on The Tonight Show Starring Jimmy Fallon, Nick Kroll jokingly addressed the gossip of any rumored spitting and that he was the “puppeteer” of how that rumor came about.

While the sarcasm is clear to see in the Sausage Party star, it’s true that behind-the-scenes drama of Don’t Worry Darling is received a lot of attention, and it doesn’t seem to stop. At least the reputedly spitting story was said to be just a fabrication, according to Chris Pine’s representative. Even Harry Styles found humor in the spitting rumors, as if he had nothing better to do in Venice than to spit on his co-star. With all joking aside, Nick Kroll does have a point about the scandalous drama that went on during production. Many members of the general public may not have any idea what this movie is even about since the drama appears to completely take over it all.

So let the record state that everyone kept their saliva in their own mouths (well, except for Kroll and Styles, who shared a steamy kiss after their movie got a standing ovation). Kroll humorously explained to Jimmy Fallon how he decided to spice up the drama even further.

Based on the reviews that came out ever since Don’t Worry Darling’s theatrical release last Friday, the reactions have been pretty tepid, with Florence Pugh shining throughout. But the psychological thriller did win the number one weekend box office spot at $19.2 million. Whether this box office number came in spite of or because of the growing drama of the cast, who’s to say? However, you cannot deny that all of the attention that the cast has been getting has helped garner a lot of attention for Don’t Worry Darling. I wouldn’t be surprised if a movie about the Don’t Worry Darling drama would ever come into play. Maybe it’s an intriguing concept for Lifetime or an FX series?

It would be a funny concept if Nick Kroll was the mastermind behind the Venice Film Festival drama. For the most part, it looks to me like all of the feud rumors surrounding the cast of Olivia Wilde’s sophomore movie are the internet looking for drama where it’s unnecessary. You can get your tickets now for the 2022 movie release of Don’t Worry Darling in theaters now.