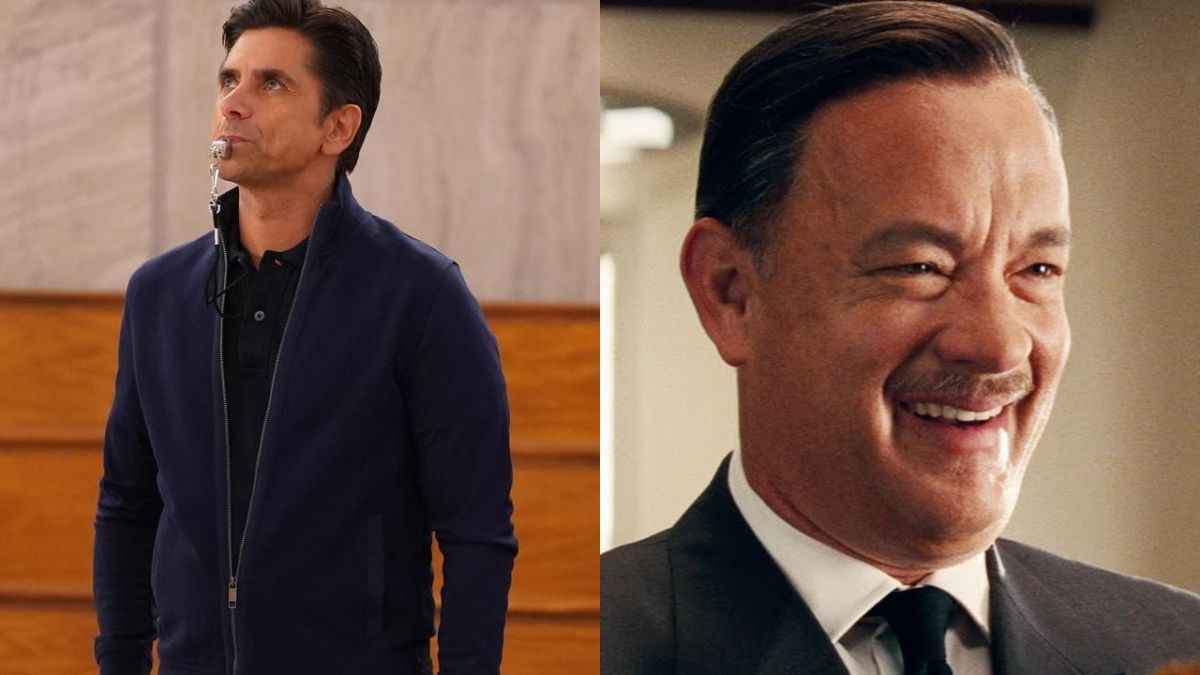 Anybody who is a fan of John Stamos knows that the actor is a big fan of all things Disney. He’s a frequent visitor to the parks, does a lot of work on various Disney shows, and also owns an elephant from the Dumbo attraction, because who wouldn’t if they had the chance? The star of Disney+’s Big Shot is such a big Disney fan that he says Walt would be his ultimate dinner companion, and he sort of did have dinner with him once, but didn’t know it.

John Stamos told Yahoo in a recent interview that his dream dinner guest would be Walt Disney, but then revealed the time he came close to that dream, by having dinner with Tom Hanks. Apparently, Stamos and Hanks had dinner together a few years ago, while Hanks was in the middle of production on Saving Mr. Banks, where he played Walt. Hanks didn’t say a word about what he was working on, though Stamos admitted he probably should have figured it out due to the mustache. Stamos explained…

The 2013 movie Saving Mr. Banks saw Tom Hanks play Walt Disney himself in a dramatized story of the creation of the iconic film Mary Poppins. It’s also one of the few films to actually shoot inside Disneyland. Hanks is great in the role, and does a great job pulling off the look as Walt, so much so that it is a little surprising that Stamos didn’t make the connection. That pencil mustache of Walt’s is fairly iconic.

The morning after the pair had dinner was apparently when the actual filming at Disneyland took place. In the film, Walt tries to use the park to win over P.L. Travers, played by Emma Thompson, which doesn’t really work. Stamos says he gave Hanks a hard time for not telling him that he was playing Walt when they had met the night before.

Honestly, if I had the chance to eat dinner with Walt Disney or Tom Hanks, I’d have to think about it. Both would almost certainly make for great companions with lots of interesting things to talk about over the course of the meal. Although having dinner with another big Disney fan like John Stamos would probably also be a lot of fun. We can discuss the campaign to get Disney World to name a drink after him.

Somebody may be following in Tom Hanks footsteps, as we know Disney is working on a movie about the creation of Disneyland, which means somebody will be playing Walt Disney on screen once again. Once that happens, maybe John Stamos can have both him and Tom Hanks over for dinner to talk about playing Walt Disney. It’s about as close as he’ll get.