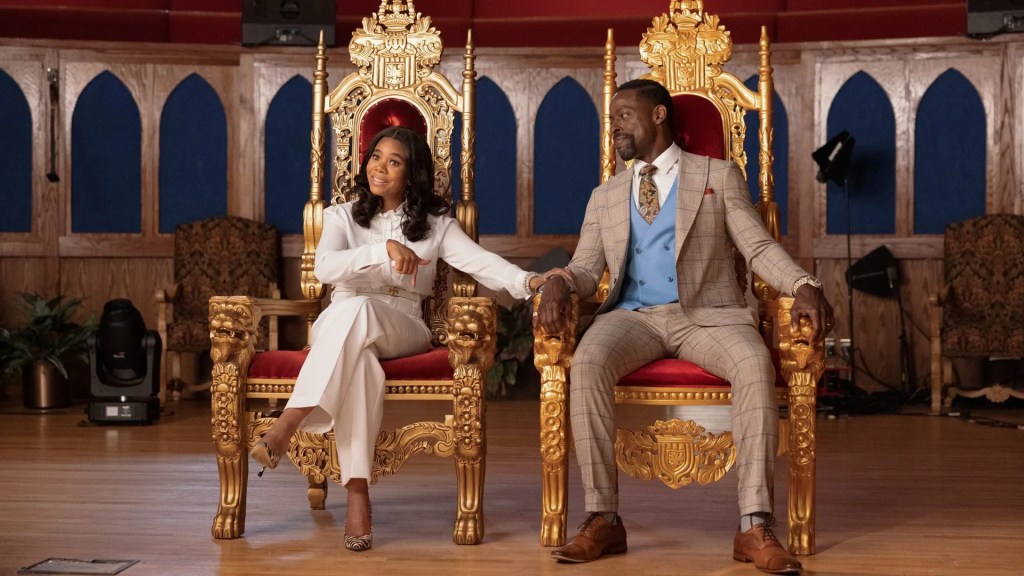 Labor Day weekend saw blockbusters old and new buoyed by cheap tickets, as was a limited openings like Saloum with multiple sold out screenings at two theaters, including every showtime on Saturday.

Over 3,000 theaters, including IFC Center and Alamo Drafthouse LA, where the French-Senegalese indie film began a qualifying run, offered $3 tickets for National Cinema Day. The promotional event is seeing preliminary box office returns of $24.3 million dollars for Saturday, according to Comscore. That’s 9% ahead of the preceding Saturday, even with discounted admissions, but strongly favored re-releases from Spider Man: No Way Home from last year to Jaws, from 1979, and tentpoles that have been in theaters for weeks and months led by Top Gun: Maverick. The box office was up 100% on Saturday from Friday but skewed heavily to its top ten titles.

Those did not include Focus Features’ Honk For Jesus. Save Your Soul., which opened on 1,880 screens and simultaneously on streamer Peacock, or Gigi & Nate from Roadside attractions on 1,184 screens. Honk for Jesus estimates are $1.44 million for three days and $1.75 million for four. Gigi and Nate is eyeing $1.06 million for the three-day weekend.

Audiences were 62% female and 61% over 35, with 47% over 45. The mix was 34% White, 10% Latino, 50% Black and 6% Asian/Other. It played best in in the East, South and Midwest. The film, starring Regina Hall and Sterling K. Brown as a megachurch power couple marred by scandal, was written and director by Adamma Ebo and executive produced by Jordan Peele.

“Overall moviegoing was light but the big response to National Cinema day will get us to our goal of strong word of mouth,” said Roadside Attractions co-president Howard Cohen.

Meanwhile, Jaws, out for the first time in Imax, is grossing an estimated $1.2M over four days from 285 domestic big screens. Its total projected four-day cume is $2.73 million in 1,246 theaters. The pic is ranked no. 10 at the domestic box office.

Specialty openings: Shudder and IFC Midnight’s Saloum by Jean Luc Herbulot took in an estimated $2,050 for a per theater average of $1,025 for the three-day weekend, and $2,600 for four days (PTA of $1,300). The film, which premiered at TIFF last year, premieres on Shudder Thursday and will expand theatrically nationwide on Friday.

Documentary Loving Highsmith, from Zeitgeist Films in association with Kino Lorber, is looking at a projected cume of $6,800 for three days and $8,800 for four on one screen. It’s at the Film Forum in NYC, which did not participate in National Cinema Day. It expands to 14 screens next week.

The Good Boss from Cohen Media Group with Javier Bardem saw a three-day gross of $115,046 in a major expansion to 143 theaters in week two from 13 for a cume of $149,230. Miami arthouses were a standout and it held well in New York.

Anthony D’Alessandro contributed to this report

Laura Poitras’ Nan Goldin Doc ‘All The Beauty And The Bloodshed’ Tests Box Office – Specialty Preview
Ana De Armas’ John Wick Spinoff Has Added Yet Another Alum From The Keanu Reeves Movies
An Offer You Can’t Refuse, The Godfather 4K And Digital Is Half Off For Black Friday
Lil Baby – From Now On (Official Video) ft. Future
Black Crowes Stage Crasher Gets Smashed with Guitar to the Neck