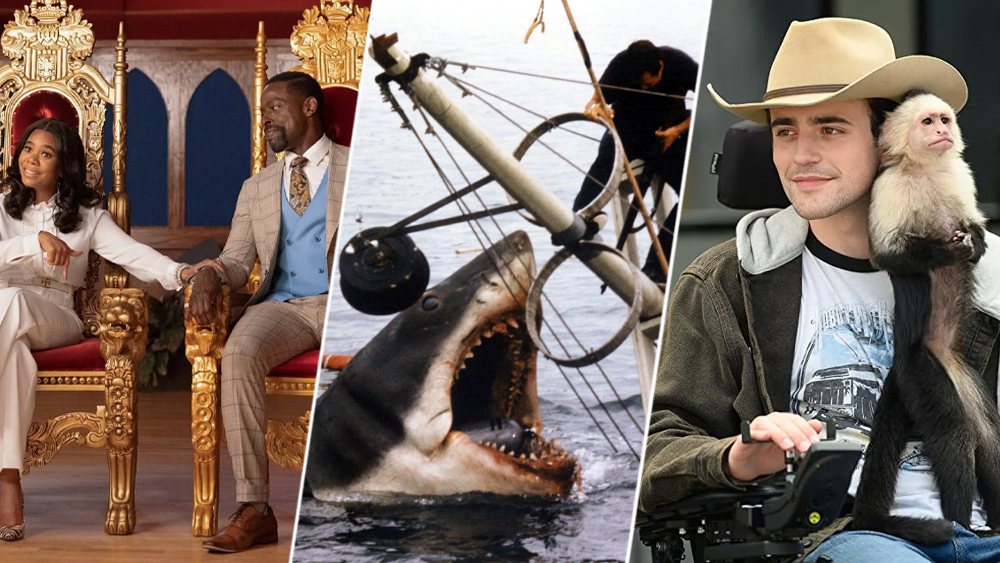 Film premieres and headlines spilling from a trio of festivals either in full swing (Venice), just starting (Telluride) or queued up (Toronto) have indie exhibitors and distributors the most hopeful since Covid hit that a stream of new films could fire up the arthouse market.

Todd Field’s Cate Blanchett-starrer TÁR (debuted to a six-minute standing ovation in Venice), Timothée Chalamet in Luca Guadagnino’s Bones And All (also just screened on the Lido), Empire of Light with Olivia Colman, set to world premiere at Telluride, and a raft of others are slated for fall theatrical release. Specialty films from Sundance and Cannes will also move into U.S. cinemas later this month.

“Arthouse theaters are behind where they were in 2019, but I think this fall things will come racing back. These festivals have the goods,” said John Vanco, GM of New York’s IFC Center.

The arthouse market was already challenged pre-Covid but the trickle of new films, with many fast-tracked to digital, and scattershot marketing, heightened woes. A steadier flow of content alongside a just-approved Covid vaccine offers this slice of the market another shot for red carpet festival fanfare to translate into noise and dollars in theaters, instead of feeling like these are two different planets.

Meanwhile, the informal end of summer, Labor Day weekend, features a hastily organized promotion by NATO that will see theaters across the country, including many arthouses, offer $3 movie tickets for all shows and discounted concessions in a bid to thank moviegoers and jolt moviegoing. With no big releases skedded, Sony is offering a Spider Man: No Way Home redux. Universal and Imax are presenting Jaws on 285 screens. Event distributor Fathom is showing Star Trek II: The Wrath of Khan at 985 theaters, Sunday only, for its 40th anniversary.

Specialty-plus openings (over 1,000 screens) are led by Focus Features’ Honk For Jesus. Save your Soul. at 1,879 locations (and on sister streaming service Peacock). The comedy-satire written and directed by Adamma Ebo was executive produced by Jordan Peele and stars Regina Hall and Sterling K. Brown. It world premiered at Sundance. Deadline review here.

Roadside Attractions presents family drama Gigi & Nate on 1,185 screens. It had initially planned for 1,000 but boosted the screen count to make up for the $3 Saturday tickets. “We like the idea of participating. The movie is really for a broad audience and that is a price-sensitive audience,” said Howard Cohen, the distributor’s co-president. “We are still in pandemic recovery mode.” The film by Nick Hamm is written by David Hudgins and stars Charlie Rowe, Marcia Gay Harden and Jim Belushi.

Based on the true story of Nate Gibson, a young man who suffers a near-fatal illness and is left a quadriplegic. Moving forward seems impossible until he meets his unlikely service animal and emotional savior, Gigi, a capuchin monkey (the big-screen debut of Allie as Gigi). Roadside has done a number of films in what Cohen calls the “feel good” space, appealing to a large swathe of the country. Stories and word of mouth on these can sometimes neutralize critics (who are giving the film a 23% on Rotten Tomatoes).

Specialty openings: IFC Films presents WWII thriller Burial written and directed by Ben Parker on 24 screens. Starring Charlotte Vega, Tom Felton and Harriet Walter. Set in the waning days of the war as a small band of Russian soldiers is tasked with delivering the crated remains of Hitler back to Stalin in Russia. En route, the unit is attacked by German “Werewolf” partisans and picked off one by one. An intrepid female intelligence officer (Vega) leads her surviving comrades in a last stand to ensure their cargo doesn’t fall into the hands of those who would hide the truth forever.

Shot down after fleeing a coup and extracting a drug lord from Guinea-Bissau, legendary mercenaries known as the Bangui Hyenas – Chaka (Yann Gael), Rafa (Roger Sallah) and Midnight (Mentor Ba) — must stash their stolen gold bounty, repair and refuel their plane and escape back to Dakar, Senegal. They take refuge at a coastal holiday camp, but Chaka has brought them there for a reason, with devastating consequences.

Burial and Saloun are both opening at IFC Center, which GM Vanco said is pleased to participate in National Cinema Day with $3 tickets (“We’re also offering popcorn and sodas for $3 too, just to make our lives a little more complicated”). Looking at presales, it’s possible the theater will end up selling every seat at every show Saturday, he said. It’s showing about 20 films old and new. Full houses are a good place to showcase trailers for strong upcoming fall films.

Strand Releasing presents Peter von Kant at 10 locations including the IFC in NY and Laemmle Theatres and American Cinematheque in LA.

The comedy by François Ozon opened Berlin; Deadline review here. Peter Von Kant (Denis Ménochet), a successful, famous director, lives with his assistant Karl (Stefan Crepon), whom he likes to mistreat and humiliate. Through the great actress Sidonie (Isabelle Adjani), he meets and falls in love with Amir (Khalil Ben Gharbia), a handsome young man of modest means. He offers to share his apartment and help Amir break into the world of cinema in this all-male re-imagining of The Bitter Tears of Petra Von Kant, Rainer Werner Fassbinder’s 1972 story of three women locked in a toxic triangle.

Warwick Ross and Robert Coe’s Tribeca winner Blind Ambition from Samuel Goldwyn film opens in five theaters. The documentary follows four friends who beat the odds to become South Africa’s top sommeliers after escaping starvation and tyranny in their homeland of Zimbabwe. Driven by relentless optimism, a passion for their craft and a sense of national pride, they form Zimbabwe’s first national wine tasting team and set their sights on the coveted title of World Wine Tasting Champions.

Zietgeist Films and Kino Lorber open Eva Vitija’s documentary Loving Highsmith in NYC, expanding next weekend. A look at the life of celebrated American author Patricia Highsmith based on her diaries and notebooks and the intimate reflections of lovers, friends and family. Focusing on Highsmith’s quest for love and her troubled identity, the film sheds new light on her life and writing. Most of Highsmith’s novels from Strangers on a Train to The Talented Mr. Ripley were adapted to the big screen. Carol, a partly autobiographic novel, was the first lesbian story with a happy ending to be published in 1950s America. But Highsmith led a double life. Only in her unpublished writings did she reflect on her private life. Excerpts from these notes voiced by Gwendoline Christie are interwoven with archive material.

Blue Fox Entertainment presents Régis Roinsard’s French drama Waiting for Bojangles on 10 screens. A young boy, Gary, lives with his eccentric parents, Camille and Georges, and an exotic bird in a Parisian apartment. Each night, Camille and Georges dance lovingly to their favorite song, “Mr. Bojangles.” At home, life is fun, fantasy and friends, but as Gary’s mesmerizing and unpredictable mother descends deeper into her own mind, it is up to Gary and Georges to keep her safe. Starring Romain Duris, Virginie Efira and Grégory Gadebois.

Sheila E. Says Shania Twain Made Right Decision Passing On Prince Album Collab
8 New Albums You Should Listen to Now: Young Fathers, the Men, Raye, and More
How Does Tom Cruise Feel About Those Viral Deepfakes Of Him Getting Up To Shenanigans?
Sen. Ted Cruz Refuses to Apologize to Paul Pelosi For Attack Conspiracies
Bill Maher Adds 10 Hilarious Grammy Award Categories