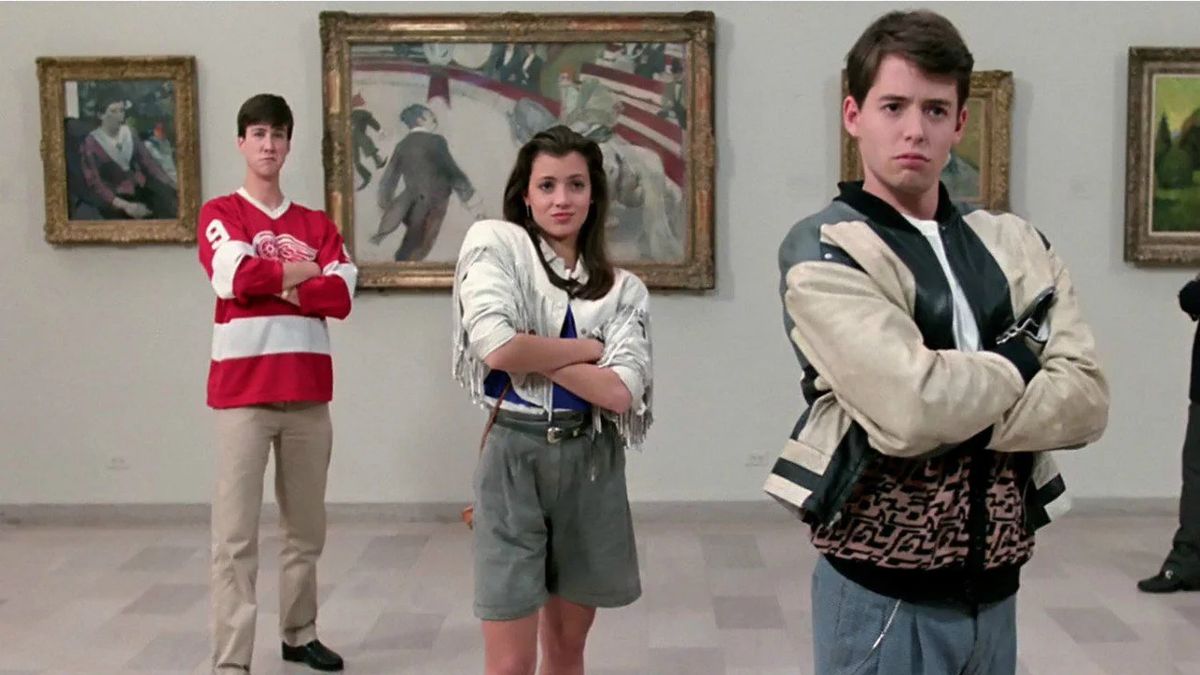 Life moves pretty fast for a movie like Ferris Bueller’s Day Off. If it doesn’t stop to look around every once in a while, it’ll have a Super Bowl ad, and a ton of internet commenters reappraising just how much of a “hero” its story has before it knows it. Or, in the case of the latest development for John Hughes’ landmark comedy hit, an upcoming movie spinoff finds its way into the picture. And believe it or not, the concept is as killer as the crew behind it.

It’s been revealed by Deadline that Paramount Pictures is developing a Ferris Bueller spinoff that dives into another day off in that very same universe we first visited in 1986. Only this time, we’re being treated to Sam and Victor’s Day Off; which is being developed by Jon Hurwitz, Hayden Schlossberg, and Josh Heald; the creators behind Netflix’s Cobra Kai.

Writer Bill Posley is on script duty, and all we know about the movie is that it’ll focus on the two valets who went joy riding with the Ferrari that belonged to Cameron’s dad, and the day that resulted from that fateful ride. So rather than play the legacy-quel card of following these valets into the present day, this story will explore what the newly named Sam and Victor were doing with the Ferrari while Ferris, Cameron, and Sloane were galavanting around Chicago.

This is opens the door wide for ’80s style antics that, ideally, will slot into the narrative that already exists. Which means we might finally get to see the situation that lead to this legendary cutaway gag in Ferris Bueller’s Day Off:

Exploring the depths of a classic comedy is something you’d pretty much expect from a project that has the crew from Cobra Kai involved. As Season 5 is promising another major Karate Kid character’s entrance, Jon Hurwitz, Hayden Schlossberg, and Josh Heald have already entrenched themselves in one ‘80s classic’s canon. Now with Sam and Victor’s Day Off, they’ll try to do it again in some much stricter circumstances, thanks to the period appropriate setting.

One question that will probably need to be answered is whether or not this Ferris Bueller spinoff will be a theatrical release, or if this is more of a Paramount+ exclusive. Again, Cobra Kai has been a huge hit for Netflix upon its acquisition. That could lead to the notion that Sam and Victor’s Day Off is a project that could absolutely crush among the best movies on Paramount+.

That could have been a safe bet until this past memorial day, when Tom Cruise’s Top Gun Maverick proved just how weaponized nostalgia can create a dominating box office hit. Emboldened by that success, and the right concept/cast, Paramount could roll the dice and send Sam and Victor’s Day Off to the big screen.

Time is clearly on the side of this project, Sam and Victor’s Day Off is currently in the early stages of development. As such, we don’t have a concrete timeline as to when, or if, we should expect it up and running. In the meantime, you can revisit Ferris Bueller’s Day Off on streaming, as both Netflix and Paramount+ subscribers currently have access to the film.

Toy Story 5 Rumors Swirl After Tim Allen And Tom Hanks Meet Up, But They’ve Actually Talked About Why They Do This Before
Adam Levine Accused Of Flirting With More Women After He Denies Cheating On Wife Behati
Spotify Now Offers Audiobooks in the U.S.
Pitchfork London Adds Final Wave of Artists
Kodak Black – Walk [Official Music Video]