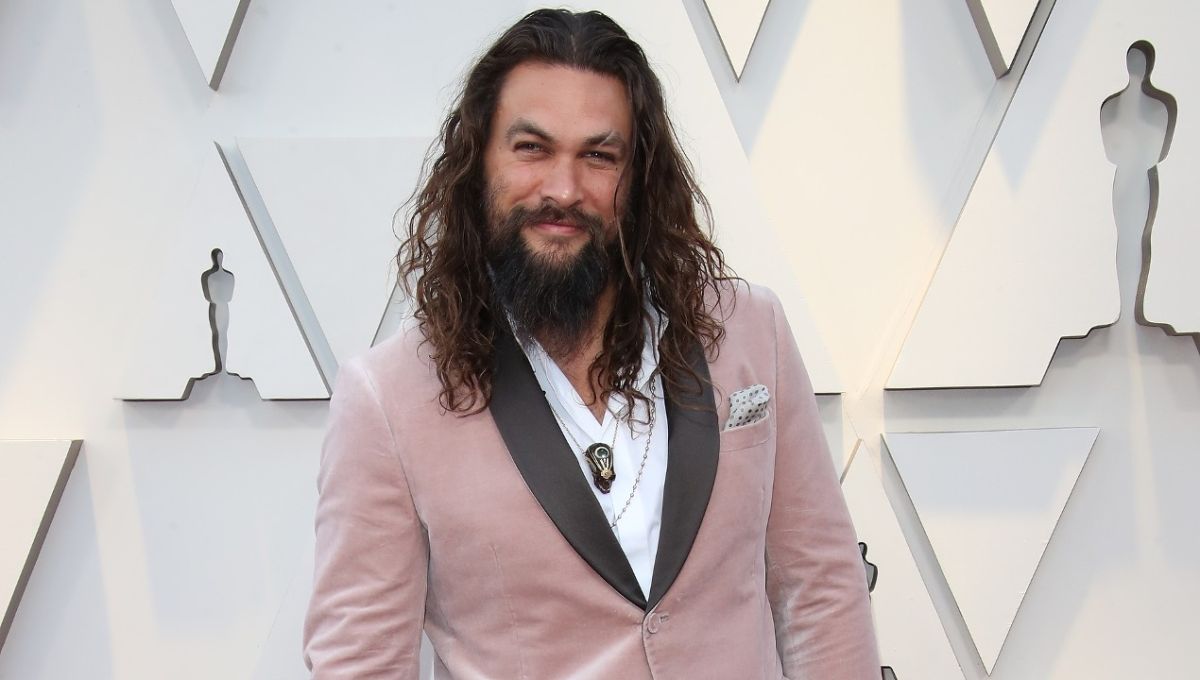 I don’t know about you, but I think men look great in pink and those who think otherwise need to go scroll through photos from the last few months of red carpets and reevaluate. I am hard-pressed to think of an example where a man wearing pink wasn’t good-looking. Jason Momoa proved me correct when he posed for a photo in an all-pink fit in response to people who don’t like the color.

Momoa posted a photo on his Instagram Story of him in a matching light pink set with the video he was responding to in the corner. In the Instagram post by jewelry maker Ruby + Revolver used the sound pink th0t💕🐷🎀 to highlight some of her favorite pink jewelry.

The sound has been used in over 16 thousand reels showing off people wearing pink, painting things pink, cooking with pink and crafting with pink.

The jeweler wrote in her caption “Jk jk. I mean. It’s guess it’s cool if you don’t….😏💕.” Then went on to explain that her pink tourmaline set is one of her all-time favorite pieces. To which Momoa showed his love for the jewelry by commenting: “love u ❤️”

Momoa has been spotted all over the place wearing jewelry like Ruby + Revolver’s and pink. The actor, who will be in DC’s upcoming movie Aquaman 2, is into both things and will show up to red carpets and late-night appearances rocking a necklace and tons of rings along with a full pink fit. Back in 2020 Momoa talked to InStyle about the color.

Known for playing warriors and extremely masculine roles on Game of Thrones, Apple TV+’s See and the sci-fi hit Dune, Momoa is very into fitness, riding motorcycles, and can throw axes without looking. But he’s also in touch with his emotions and is very vulnerable, he told a story about how working on a scene with Javier Bardem in Dune made him very emotional. This only further proves it’s possible to be masculine and emotionally vulnerable (and like the color pink.)

Momoa isn’t the only celebrity rocking pink, it’s having a full-fledged moment. Photos of Margot Robbie and Ryan Gosling from Greta Gerwig’s Barbie in fluorescent pink cowboy/girl outfits and rollerskating outfits have made the internet swoon. Florence Pugh and her sheer bright pink dress made waves on the internet. Sebastian Stan and Glenn Close showed up to the Met Gala in highlighter pink. And they all looked fabulous.

So, in summary, pink is a beautiful color and if Khal Drogo from Game of Thrones rocks it, you can too. There is absolutely no reason to bash pink.

Rita Ora Gushes About Being In Love With Taika Waititi Amid Rumors That The Two Have Married
EGOT Winners: Every Celebrity To Win An Emmy, Grammy, Oscar, And Tony Award
Top Gun: Maverick’s Jon Hamm Had The Best Reaction To Being Offered His Part In The Sequel, Though He Almost Fired His Agents
The Avalanches Cancel 2022 Tour Due to “Serious Illness”
Ras Kass Says Coolio Defied Rap Odds During His Career