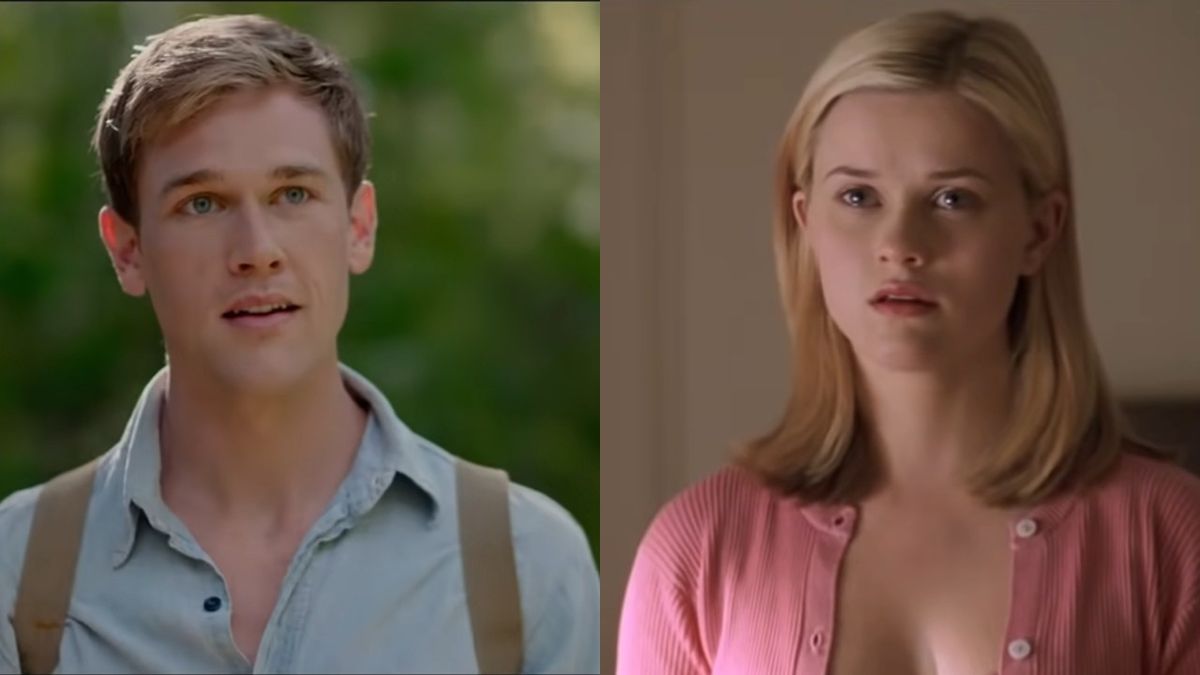 Where The Crawdads Sing was a nice detour from a summer dominated by action and superheroes despite Crawdads receiving mixed critical reviews. Among other things, the film has propelled Taylor John Smith into leading man status. Reese Witherspoon served as the film’s producer, which marked the first time she and Smith have worked together. Despite not knowing each other before the movie, there was a connection between the Election star and this rising actor. The Where The Crawdads Sing star revealed to Witherspoon the Cruel Intentions connection they shared before making the romantic drama.

As the book-to-film adaptation’s producer, the Legally Blonde star got to interview Smith and leading lady Daisy Edgar-Jones for the film’s promotion on behalf of Sony Pictures Entertainment. Before the interview began, she mentioned to the leading man that he looks familiar to her before saying he looked like a high school ex. After the cast and director introduced themselves, Witherspoon brought up the subject again before Smith revealed how they (as well as Witherspoon’s ex-husband Ryan Phillippe) were tied together through the fan favorite Cruel Intentions. The star and producer had a hilariously sweet exchange over the revelation.

“Taylor John Smith: I dunno if you know this, but I played the love child of you and Ryan Philippe in the Cruel Intentions pilot for NBC.

Reese Witherspoon: What are you talking about?!

Smith: I played your kid, so…

Witherspoon: Well, that’s what it is. I thought it was something else, but now it got weird. I see that too, by the way. You kind of look like my son!”

Saying the rising actor reminded her of her son was a major compliment. But there was an uncanny resemblance to Reese Witherspoon’s ex-husband and son Deacon Phillippe when looking at Smith. He shares the older Phillippe’s facial structure in conjuncture with the Sweet Home Alabama star’s blue eyes and blonde hair. I guess there’s another name to add to who looks more like Phillippe and Witherspoon. Of course, Witherspoon and Phillippe disagree with the media over who their kids look like.

It seemed like that resemblance worked for the Blacklight actor. In the unseen 2016  Cruel Intentions pilot, Taylor John Smith played Bash Casey, the love child of Sebastian Valmont and Annette Hargrove, against Sarah Michelle Gellar, who reprised her role as a now-mature Kathryn Merteuil. Unfortunately, the Sharp Objects actor didn’t act alongside Witherspoon, as she was recast in the Cruel Intentions reboot with Kate Levering playing Annette. Despite shooting the pilot, NBC turned it down, with the producers shopping the series to other networks before this new take on Cruel Intentions was declared officially dead in the water.

Of course, the original film has become a cult classic while cementing Witherspoon, Phillippe and Gellar as future Hollywood stars. Despite the film’s popularity, the I Know What You Did Last Summer actor was unsure if he would want his kids to watch Cruel Intentions due to the spicier scenes between him and his ex-wife despite them appearing on social media.

If you want to see if the mystery drama’s ending stayed true to the original book, Where the Crawdads Sing is currently in theaters now. You can also look over the big differences between the best-selling book and the hit movie. There are more book-to-screen adaptations among 2022’s movie releases for you to look out for. If you want to revisit any racy scenes from Cruel Intentions, you can stream the teen drama by getting an Amazon Prime subscription.

Nardo Wick – Dah Dah DahDah (Official Audio)
A League of Their Own Cast and Creatives Offer Insight to Film Follow-up
Taylor Swift Files Motion in “Shake It Off” Copyright Lawsuit, Says Lyrics “Were Written Entirely by Me”
Amanda Seyfried Opens Up About The Pressure Of Nude Scenes As A Young Actress In Hollywood And Why She Feels More Respected Now
Anne Heche Lifetime Movie Girl In Room 13 Sets September Launch