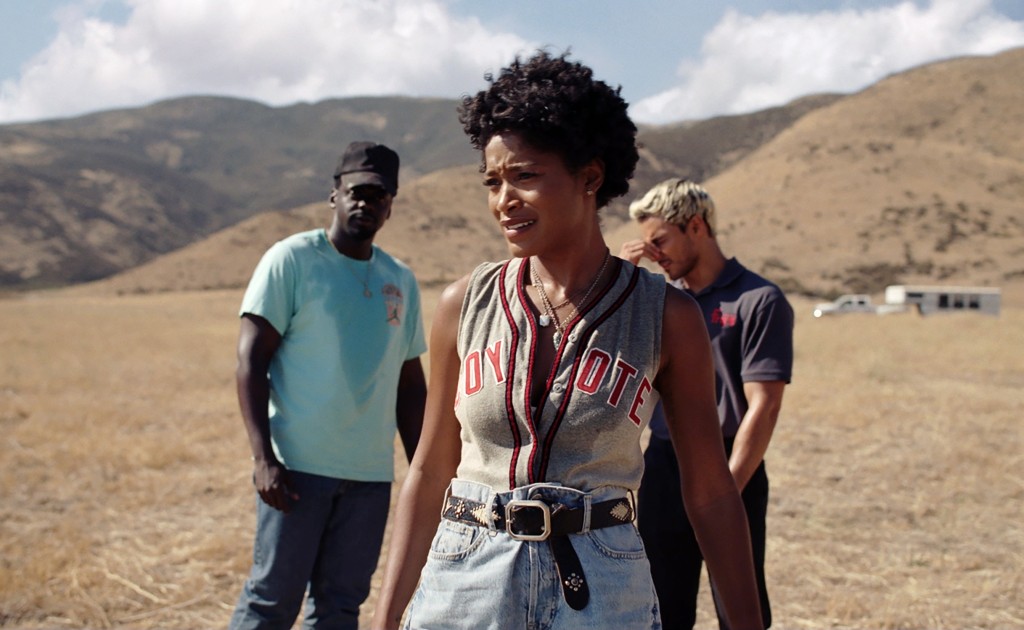 That’s a good start for a Peele movie, just 14% off from the $7.4M which his last horror pic, Us, made back in March 2019. That pic posted a $71.1M opening, the best start for an R-Rated original horror movie at the domestic box office.

Nope‘s previews are well ahead of Get Out‘s $1.8M, which was a movie that audiences discovered in its opening weekend and flocked to, sending its opening to $33.3M.

Us is Peele’s longest movie to date at 2 hours and 15 minutes. The movie’s critical scores on Rotten Tomatoes are, so far, the lowest of his three films, but the numbers are pretty good at 81% next to Us‘ 93% Certified fresh and the Oscar-winning Get Out‘s at 98% certified fresh. The audience score on Rotten Tomatoes for Nope currently sits at 78% next to Us‘ 60% and Get Out‘s 86%.

Nope is expected to make around $50M. It may come in less than that given the runtime here for a horror movie, and should the critical scores ease. The film was made for $68M in the Santa Clarity Valley before P&A.

Disney/Marvel’s Thor: Love and Thunder led Thursday among regular films in release with an estimated $3.8M at 4,375 theaters, -15% from Wednesday for a running two week total of $254M, 13% ahead of Thor: Ragnarok versus the same time frame.

Sony’s Where the Crawdads Sing posted a $2.3M Thursday at 3,650 theaters, -8% from Wednesday for a first week total of $28M. That’s 31% ahead of the $21.3M first week take of summer weepy The Notebook which ultimately finaled at $81M at the domestic box office.

Pogues Bassist Darryl Hunt Dies at 72
Motown Legend Lamont Dozier Dies at 81
Kevin Federline Says His & Britney Spears Kids’ Are Purposely Avoiding Her
Days of Our Lives Review Week of 8-01-22: Magic Masks and Mad Science
Amanda Seyfried Opens Up About The Pressure Of Nude Scenes As A Young Actress In Hollywood And Why She Feels More Respected Now