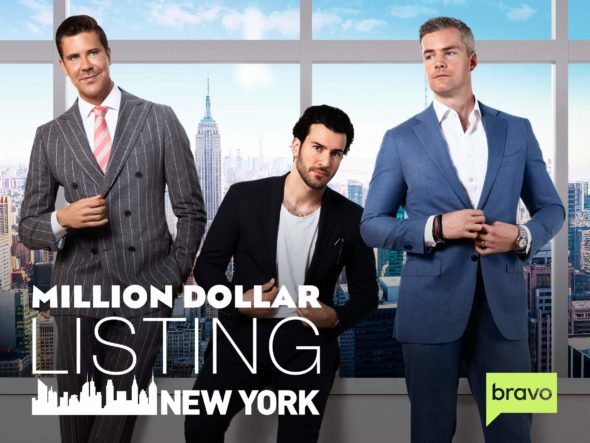 Million Dollar Listing: New York is not returning to Bravo anytime soon. The cable channel has “paused” the series, per Variety, so there will not be a 10th season, at least not in the immediate future. Bravo prefers not to refer to a series as cancelled since the channel could revive it at some point in the future.

Last year, Eklund announced via Instagram that he would be leaving the show after nine seasons.  He began the post by writing, “After an amazing 11 years, I’ve decided it’s time for the next chapter in my life, and to leave Million Dollar Listing. It’s an end of an era and a new start for me. I let Andy [Cohen], the Producers and the Executives know last week how grateful I am. Eternally grateful, I mean what an incredible run we had together.”

What do you think? Would you like to see a 10th season of Million Dollar Listing: New York on Bravo someday?