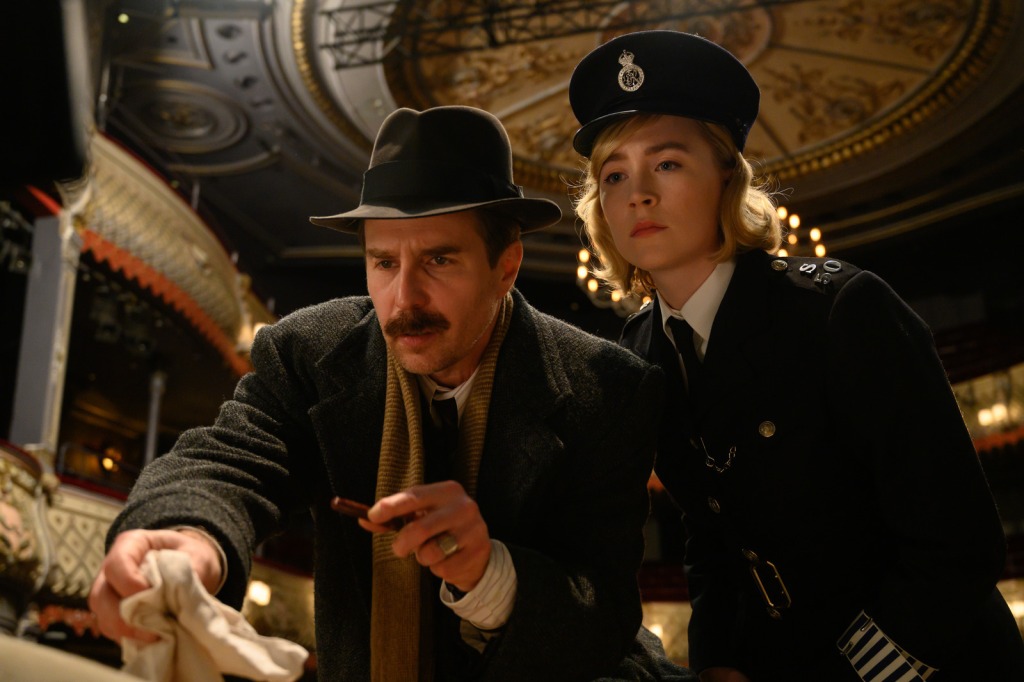 Update: With the lack of major studio product in the fall, and Lionsgate’s Judy Blume movie, Are You There God? It’s Me, Margaret heading to the end of April 2023, Searchlight is going to have a moderate theatrical release with their comedy caper See How They Run, and moving it up to Sept. 16.

On its new date, See How They Run will share the marquee with Tri-Star’s Viola Davis epic, The Woman King. Both are playing in the second weekend of New Line’s Stephen King movie Salem’s Lot.

With the box office rebound raging, the release schedule is going to get quiet come late August through late October, that is unless Salem’s Lot is a secret weapon. Best for studios to start moving up big product.

Previous, June 14: See How They Run, Searchlight’s mystery feature starring Saoirse Ronan and Sam Rockwell, will be hitting theaters in a limited release on September 30.

The Tom George directed movie is set in London’s West End during the 1950s, where plans for a movie version of a smash-hit play come to an abrupt halt after a pivotal member of the crew is murdered. When world-weary Inspector Stoppard (Rockwell) and eager rookie Constable Stalker (Ronan) take on the case, they find themselves thrown into a puzzling whodunit within the glamorously sordid theater underground, investigating the mysterious homicide at their own peril.

The wide entries on September 30 are Universal’s Bros and Paramount’s horror movie Smile.

The latest film written and directed by Edwards (Rogue One: A Star Wars Story, Monsters) is billed as an original sci-fi story set in the near future. Details are under wraps. Ken Watanabe, John David Washington, Gemma Chan, Allison Janney and Sturgill Simpson star.