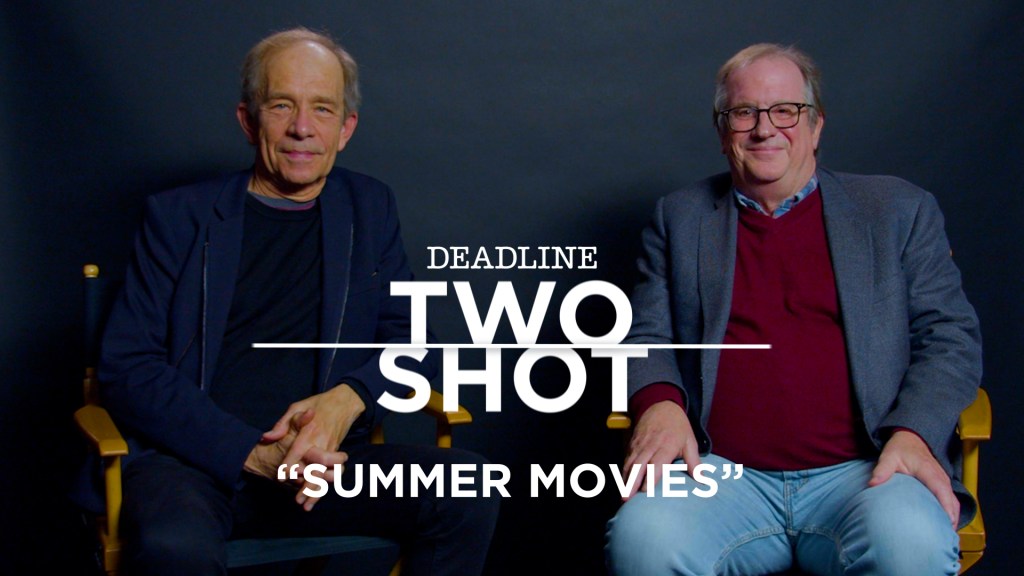 Editors note: Deadline presents the 24th episode of its video series in which Pete Hammond and Todd McCarthy tackle the artistry of films. Each has reviewed and written about the craft for decades and built a remarkable breadth of knowledge of films past and present. What we hoped for when we asked them to do this was a concise, mature and thoughtful conversation comparable to what we saw from Roger Ebert and Gene Siskel.

Hollywood’s high holy season, aka summer, is now in full swing, so what better time than the present to examine just why the warm-weather months are the most important in terms of box office, and just how the pandemic shook things up, with the the shutdown and its aftermath forcing blockbusters into a game of musical chairs in order to play in a summer where audiences were ready to go comfortably back to air-conditioned multiplexes. We also ask if the “summer movie season” can once again be what it once was.

In today’s episode we talk about just how historically summer became primetime for tentpoles, the movie franchises that pay the bills as it were. The common wisdom is that it was Steven Spielberg’s perfectly timed summer 1975 release, Jaws, that completely changed the trajectory and led to the kind of environment for filmgoers where anything but a sure thing is not likely to be playing, and films such as Top Gun: Maverick, Jurassic World Dominion, Thor: Love and Thunder, Minions: The Rise of Gru, Doctor Strange in the Multiverse of Madness and so on are the movies the industry counts on to bring audiences roaring back to theaters.

So far it appears to be working, each of those films expensive efforts to bring the glory days of summer movies back to pre-pandemic levels. However, is this a good thing? Is Hollywood forgetting the adult audience it only seems to cater to in the fall when Oscar season takes over? Why is it that only Marvel, Tom Cruise, dinosaurs and animation are taking over multiple screens? Is there room for anything else?

Hammond and McCarthy also talk of the impact of the streamers and how star-driven potential summer movie fodder like The Man From Toronto, Spiderhead, The Gray Man and Ron Howard’s Thirteen Lives among others are instead heading almost straight to the small screen, begging the question: Are these also summer movies in this streaming day and age?

To watch our conversation, click on the video above.

Hammond has been Deadline’s Awards Columnist for the past decade, covering what now seemingly is the year-round Oscar and Emmy seasons. He is also Deadline’s Chief Film Critic, having previously reviewed films for MovieLine, Boxoffice magazine, Backstage, Hollywood.com and Maxim, as well as Leonard Maltin’s Movie Guide, for which he was a contributing editor. In addition to writing, Hammond also hosts KCET Cinema Series and the station’s weekly series Must See Movies.

McCarthy is a veteran trade publication film critic, columnist and reporter who has also written several acclaimed books and documentary films. He served two stints on the staffs of Variety and The Hollywood Reporter and extensively covered film festivals internationally for both publications. His film Visions of Light: The Art of Cinematography won the best documentary prizes from the New York Film Critics and National Society of Film Critics associations, and he won an Emmy for writing the documentary Preston Sturges: The Rise and Fall of an American Dreamer. He also directed the documentaries Man of Cinema: Pierre Rissient and Forever Hollywood.

Zoe Saldaña Opens Up About Feeling ‘Stuck’ After Working On Major Franchises Like Avatar And Guardians Of The Galaxy For So Many Years
Lucasfilm’s Kathleen Kennedy Gives A Reason Why Indiana Jones And The Kingdom Of The Crystal Skull Wasn’t As Beloved
Kanye West Storms Out of Podcast Interview After Pushback on Antisemitism
An Offer You Can’t Refuse, The Godfather 4K And Digital Is Half Off For Black Friday
Kim Petras Defends Working with Dr. Luke As Kesha Trial Draws Near