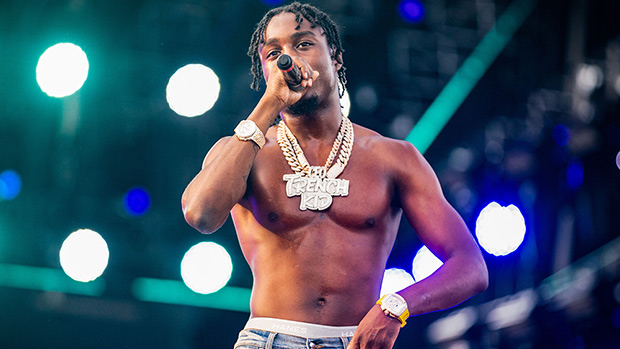 Lil Tjay was reportedly hospitalized and taken into emergency surgery after he was shot in New Jersey, according to TMZ. The 21-year-old rapper was reportedly shot shortly after midnight in Edgewater, NJ on Wednesday Night, June 22. While he’s being operated on, the condition of his injuries from the shooting have not been made public yet.

The Bergen County Prosecutor’s Office tweeted that it was looking into the shooting, and that there were two victims. “Major Crimes Unit and Edgewater PD are investigating a shooting with 2 victims around midnight on 6/22 at 14 The Promenade in Edgewater. More details to follow,” they tweeted. There were reportedly two places that the shooting took place: a Chipotle and an Exxon Gast Station not far from the fast-food establishment. It’s not clear where TJay was when he was shot, nor who the other victim is. No suspect has been taken in, and the motive isn’t clear.

The shooting hasn’t been referenced on any of Tjay’s social media. He did post an Instagram Story a few hours before the shooting. “PSA. Just because you’ve been around a person doesn’t make you entitled to the fruits of that persons [sic] labor,” he wrote.

Rappers Who Have Been Violently Attacked Or Killed: See Pics

Tjay has been a rising star in the hip-hop community. He’s been releasing music since he was only a teen, with his earliest tracks landing on SoundCloud in 2016. He dropped his debut record True 2 Myself with Columbia Records in 2019, and it boasted appearances by other major rap stars like Lil Baby and Lil Wayne. He released his sophomore album Destined 2 Win in 2021. Similarly, it also featured heavy-hitters like Tyga, Saweetie and Offset.

Other than his two albums, Tjay has been featured on singles by other major rappers. He had a guest spot on Polo G’s 2019 single “Pop Out.” He was also on Pop Smoke’s posthumous 2020 LP Shoot for the Moon Aim for the Stars on the hit single “Mood Swings.”

Celebrities With Coronavirus: See Who Has Had COVID-19

Pretty Little Liars Original Sin: Everything We Know!
TRV Countdown Video of the Day – https://www.youtube.com/watch?v=HoTLOTVRWu4
BET Awards 2022, Celebs Having A Blast Behind The Scenes
Black Adam: Release Date, Cast And Everything Else We Know About The Dwayne Johnson Movie
The Terminal List Review: Chris Pratt’s Military ‘Thriller’ Is Terminally Bad