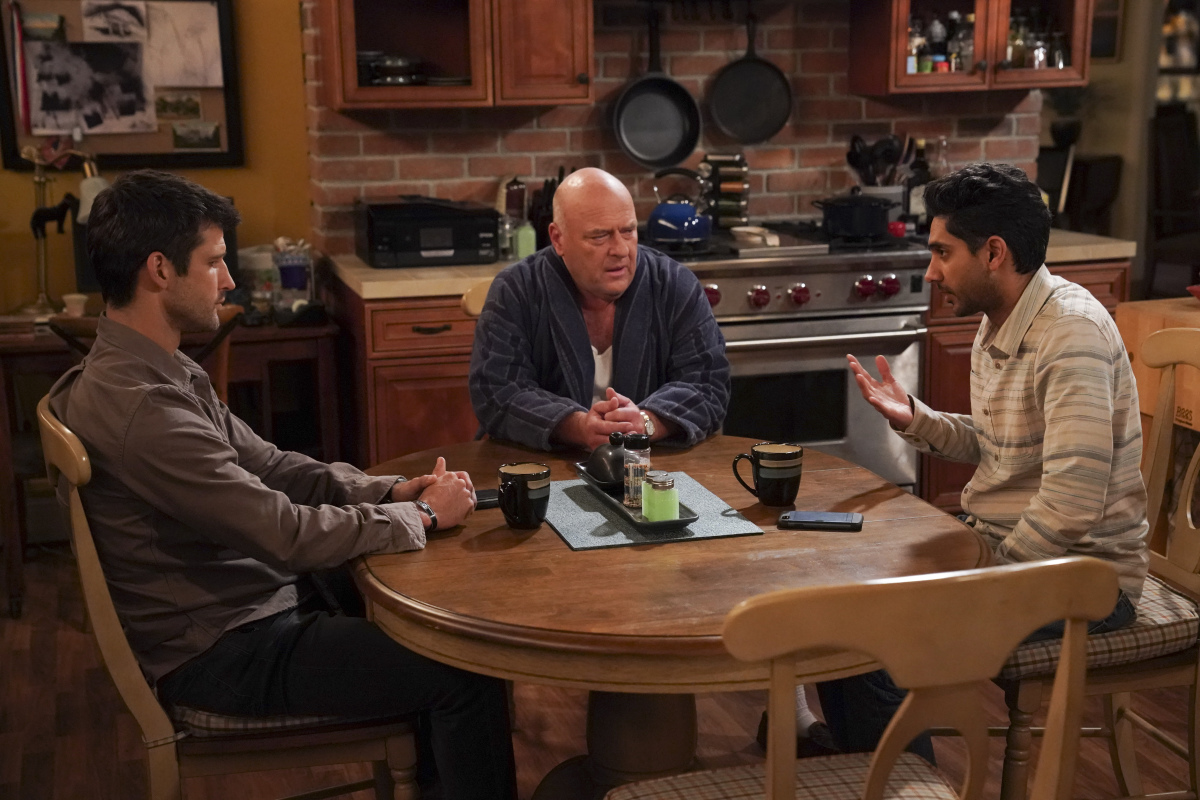 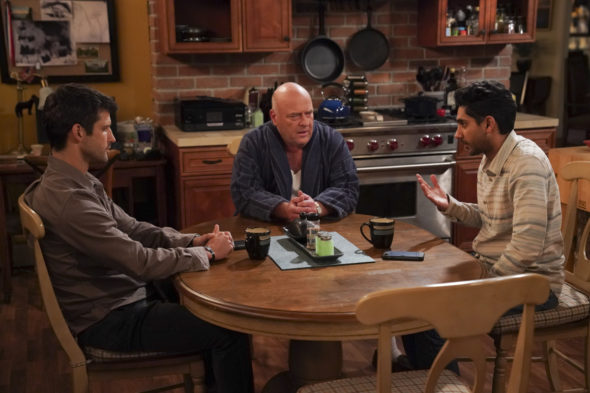 Riley and Al won’t be back for the 2022-23 television season. CBS has cancelled the United States of Al show after two seasons and 33 episodes. The last episode airs May 19th.

A comedy series produced by Chuck Lorre, the United States of Al TV show stars Adhir Kalyan, Parker Young, Elizabeth Alderfer, Dean Norris, Kelli Goss, and Farrah Mackenzie with Brian Thomas Smith, Rachel Bay Jones, and Azita Ghanizada recurring. The story revolves around the friendship between two men who’ve been through war together. Riley (Young) is a Marine combat veteran who is struggling to readjust to civilian life in Ohio. Awalmir aka “Al” (Kalyan) is the Interpreter who served with Riley’s unit in Afghanistan. After a long struggle to get him a visa to travel to the United States, Riley welcomes Al as he arrives to start a new life. They are supported by Art (Norris), Riley’s veteran father; Riley’s sister, Lizzie (Alderfer); Vanessa (Goss), Riley’s ex-wife; and Hazel (Mackenzie), Riley and Vanessa’s daughter.

The second season of United States of Al averages a 0.47 rating in the 18-49 demographic and 4.93 million viewers in the live+same day ratings. Compared to season one, that’s down by 6% in the demo and up by 6% in viewership in the live+same day ratings (including DVR playback through 3:00 AM). In the traditional ratings, it was a middle-of-the-pack performer when compared to other scripted series on CBS. In the live+7 day ratings, the series averages a 0.57 demo with 5.82 million, picking up just 22% and 18% more viewers in the delayed viewing.

According to Deadline, the cast and crew were informed of the cancellation tonight. B-Positive, another comedy from Lorre, drew similar ratings and appears to have a good chance of being renewed now that Al has been cancelled. Rumor is that the network was planning to only renew one of the two comedies.

What do you think? Have you enjoyed the United States of Al comedy series? Are you sorry to hear that it’s been cancelled and won’t be back for a third season on CBS?

Sharon Van Etten Performs “Mistakes” on Colbert: Watch
‘Everything Everywhere All At Once’ Knocking Out ‘Uncut Gems’ To Become A24’s Highest Grossing Movie Ever At Domestic Box Office With $50M+
What to Watch: Obi Wan Kenobi, This Is Us Final Episode, Stranger Things
That Time Frozen’s Josh Gad Forgot The Lyrics To ‘Let It Go’ In A Live Performance
American Idol Crowns Season 20 Winner