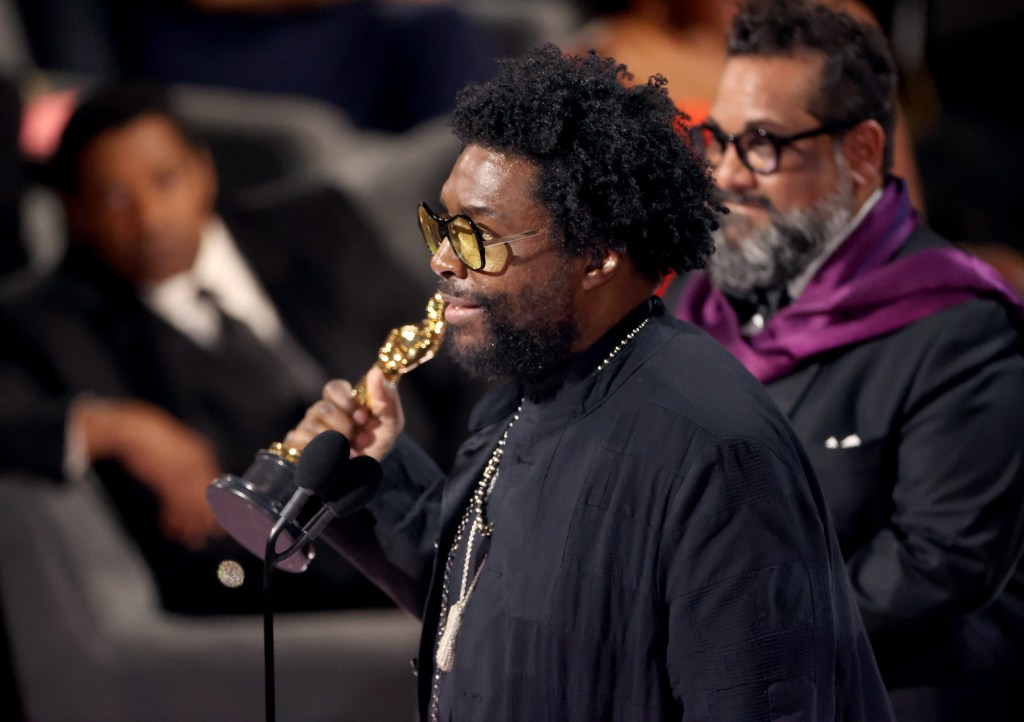 There was a time during the pre-pandemic when zeitgeist documentaries like RBG and Won’t You Be My Neighbor were bright spots at the box office.

However, because of arthouse audiences’ caution to return to moviegoing last summer, Searchlight, which scooped up Summer of Soul from Sundance 2021 for $12M, opted to release the movie with an exclusive two-week theatrical window followed by a simultaneous release on Hulu.

When asked backstage at the Oscars if there would have been a better means of distribution of the film, director Questlove answered, “I haven’t even thought about a revisionist version or alternative timeline.”

Said the doc’s producer David Dinerstein, “we were supported by great companies; Hulu thought on their feet. Our Sundance premiere was canceled and we ended up doing a virtual premiere.

Searchlight put the movie out in 752 theaters over July 4th weekend, with the pic ultimately earning $2.3M stateside. A few weeks ago, ABC aired the docu.

“We intended this film to be viewed communally,” said Oscar-winning producer Joseph Patel.

“This is a Black history film. But Black history is American history and we need to let people know we had a hand in building this place. That’s the thing that we really wanted people to leave with,” said Questlove.

“One teachable moment, I personally would like to stress,” added Questlove, “we’re in a place right now where there’s a lot of people who have the power to greenlight projects and often times, we’re in a fight or flight mode. Nine out of ten times the greenlight is monetarily to their advantage.”

“They pass on things outside the box, I hope this moment, shows that stories like this do matter,” added the filmmaker, “instead of us living in our comfort zone.”