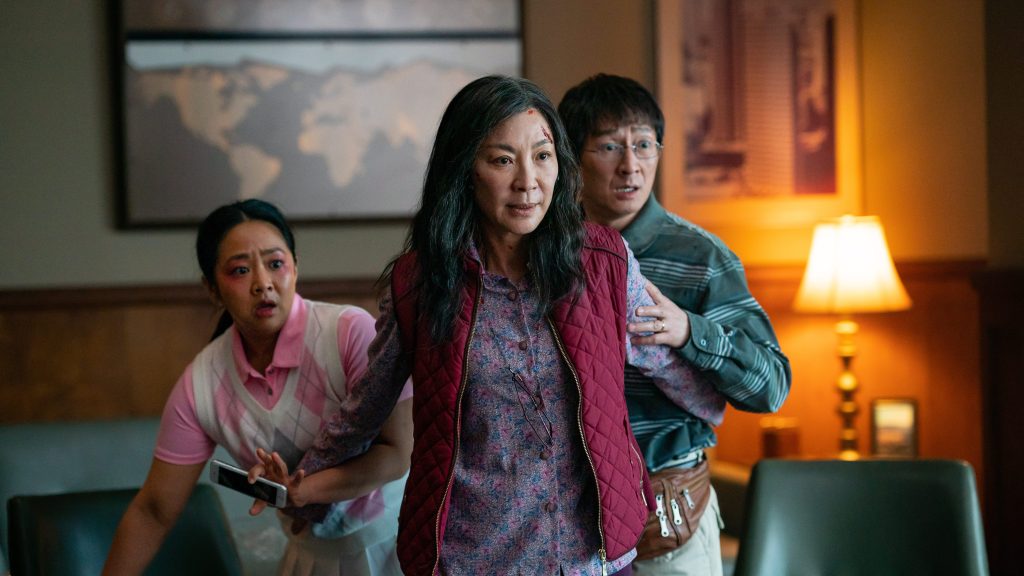 Everything Everywhere All At Once grossed over half a million dollars on 10 screens in NYC, LA and San Francisco for a hefty $50,965 per-screen-average — a number rarely seen since the pre-Covid old days of theatrical releases and the biggest of the year so far. The mind-melding Michelle Yeoh-starrer directed by the Daniels (Dan Kwan and Daniel Scheinert) played to sold out crowds including Imax engagements.

It moves to 30 to 50 screens next weekend ahead of a nationwide expansion April 8. The film marks A24’s Imax debut. It’s planning a March 30 big screen event across top markets with special appearances by cast and crew.

This is A24’s best launch since Uncut Gems (2019) and one of its best ever. It’s the biggest limited opening 2022, and the third highest per screen average since 2019. The sci-fi drama scores 97% with critics and audiences on Rotten Tomatoes. Exit polls were in the 90’s across the board and social chatter active.

Yeoh plays a high-strung laundromat owner getting audited by the IRS who discovers that thousands of versions of her exist across a vast multiverse. The ensemble also featuring Ke Huy Quan, Stephanie Hsu, James Hong, and Jamie Lee Curtis.

The month before, Wes Anderson’s The French Dispatch from Searchlight Pictures opened in 54 theaters in 14 markets for a per screen average of $25K+, hitting what was then pandemic record and helping to juice the specialty space.

Also notable was Neon’s The Worst Person In the World at four NY/LA theaters for per screen average of $33,768 in February.

A24’s slasher horror X from Ti West had a strong week two hold, grossing $2.2+ million on 2,920 screens for a cumulative $8.298 million. A prequel is coming and a sequel likely with star Mia Goth.