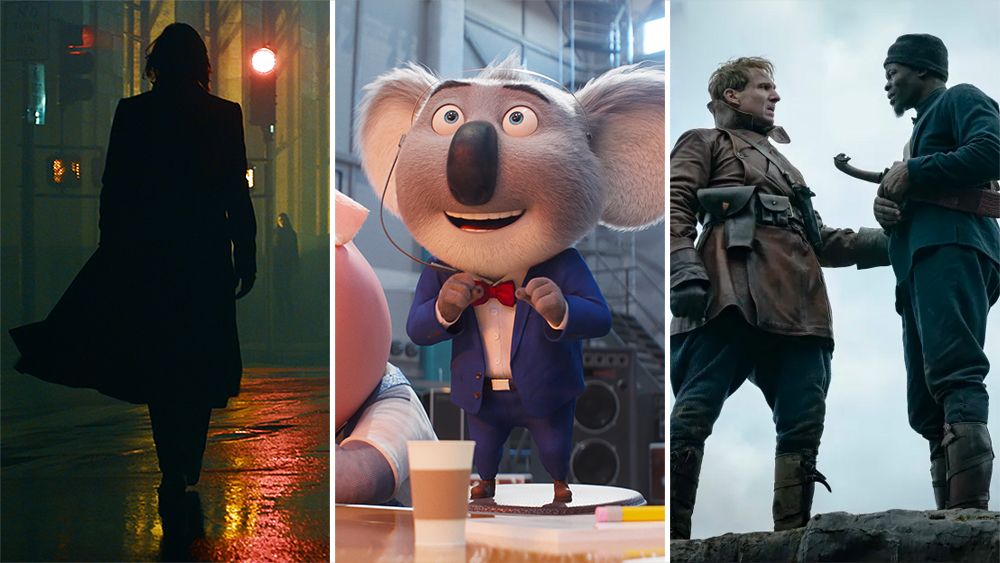 It’s going to be a really rich Christmas for exhibition, Sony and Marvel as Spider-Man: No Way Home barrels toward potentially the third best 2nd weekend ever with around $143M over the long Christmas period of Dec. 24-27.

Already, through four days, the Jon Watts MCU title counts $297.2M in the U.S. and Canada, +3% ahead of December 2015’s Star Wars: Force Awakens over the same frame.

But what does this spell for other major studios with big event movies? While it’s a question always asked during pre-pandemic Christmas periods whenever one single franchise movie sucks up the oxygen, it’s a more dire situation now during a time when many wonder if Omicron will truly take its toll at the year-end domestic box office. Will Spider-Man: No Way Home be the only draw on the marquee, a repeat of Christmas 2015 when Star Wars: Force Awakens ruled and only one movie clicked past $100M (that being the Paramount Will Ferrell-Mark Wahlberg comedy, Daddy’s Home)?

Even though Christmas in the pre-pandemic era is a time when people can see as many as four movies between the holiday and New Year’s weekend, many are asking will adults return to the cinema after Christmas in similar fashion to how they did for MGM/UAR’s House of Gucci over Thanksgiving? Movies like Guillermo del Toro’s Nightmare Alley ($3.1M) and Steven Spielberg’s West Side Story ($18.9M domestic) are starving for business, the latter holding its 2,800 theaters for another near two weeks.

While Star Wars: The Last Jedi was the big Christmas title in 2017, that film was pacing behind Force Awakens by 21% when comparing the span of time between their opening days and Dec. 31. That gap allowed three other tentpoles to break through to huge grosses: Sony’s Jumanji: Welcome to the Jungle ($404.5M), The Greatest Showman ($174.3M) and Pitch Perfect 3 ($104.9M).

Starting tomorrow, Warner Bros./Village Roadshow’s Matrix: Resurrections, Illumination/Universal’s Sing 2, and 20th Century Studios/Disney’s period action movie The King’s Man look to become their own events in the shadow of Spider-Man: No Way Home, and it’s possible two out of the three titles will be exactly that in the long run. With Christmas falling on Saturday, Friday will be a slower day at the box office due to many breaking for Christmas Eve at night. Debuting on Christmas day is the Denzel Washington directed Sony/Bron movie A Journal for Jordan aimed at adults, and Lionsgate’s American Underdog aimed at families and faith-based moviegoers.

Here’s how it all breaks down:

Warner Bros., which is not holding previews for Matrix Resurrections tonight, is expecting $40M over Wednesday through Sunday for the Lana Wachowski directed R-rated sequel/reboot, which she also co-wrote and produced. Tracking has it much higher in the $60M, possibly $70M range over Wednesday to Monday at 3,550 theaters (essentially 5K screens). Matrix Resurrections will be sharing Imax with Spider-Man: No Way Home over the holiday, which will help the movie greatly; the 1999 original was just re-released in Imax for the first time. Despite the movie being the final title for Warner Bros. in its pandemic day-and-date theatrical and HBO Max 2021 plan, the studio has shown to open these tentpoles, i.e. Godzilla vs. Kong ($48.1M 5-day, $100.5M domestic) and Dune ($41M, $106.9M) to solid numbers and ultimate legs despite their availability in the home (we never said that the model works, obviously these movies could have made much more stateside). Don’t be shocked if Wachowski’s latest reps the best opening of the year for a Warner Bros HBO Max title over 3-days. Even if the sequel files on the low-end, it’s manna from heaven for the Burbank, CA lot after the disastrous results of last Christmas’ Wonder Woman 1984 last year ($16.7M opening, $46.5M domestic) given how a majority of movie theaters, including NYC and LA, were still closed due to Covid. Through three movies, the last title being 18 years ago, the Matrix franchise counts over $1.6 billion from the global box office.

Currently, Matrix Resurrections is 67% fresh off 69 reviews on Rotten Tomatoes. The sequel tees off with Keanu Reeves’ Mr. Anderson coming off the success, yet idle life, as the videogame programmer of the Matrix. He meets a woman played by Carrie-Anne Moss who seems very familiar to him, but she’s married with kids (um, Trinity, by chance?). Guys in black suits are after him again, and a different version of Morpheus played by Yahya Abdul-Mateen II is here to the save the day with red pills which will turn Mr. Anderson back into Neo again. Starting Wednesday, Matrix Resurrections is on HBO Max for 31 days in sync with theatrical, before becoming exclusive to cinemas in its second month before entering home windows.

Some industry stats show that older women are slow to return to movie theaters during the pandemic, but arguably that’s not true of moms looking to get the kids out of the house. Sing 2 is hoping to raise the bar on the openings for family movies at 3,900 theaters with a $40M-$50M start over 6 days. Uni held previews over Black Friday weekend and siphoned an estimated $1.5M off of Disney’s Encanto, that money will be rolled into Sing 2’s total. To date, over 3-days, Warner Bros.’ Space Jam: A New Legacy holds the best opening for an animated movie at $31M (granted, a live-action hybrid).

The first Sing opened on a Wednesday during the Christmas 2016 frame when Star Wars: Rogue One was the monolith movie; the Garth Jennings written and directed cartoon title earning $55.8M over 5 days, $75.5M over 6 days for a final domestic B.O. of $270.3M. Jennings is back for the sequel doing double-duty.

The King’s Man is a prequel to the famed 20th Century Studios spy series starring Colin Firth, Taron Egerton and Channing Tatum. Ralph Fiennes stars in this installment, which is set during the early years of the 20th century, when the Kingsman agency is formed to stand against a cabal plotting a war to wipe out millions. Matthew Vaughn returns as director, writer and producer. Disney is hoping for $15M over 5-days, $19M over 6 days but industry projections are higher at $20M over six at 3,100 theaters. Previews start today at 4PM. Previous pre-pandemic 3-days openings for Kingsman: Secret Service was $36.2M in February 2014 and $39M for Kingsman: The Golden Circle in September 2017. Reviews aren’t great for The King’s Man at 45% Rotten, currently the lowest reviewed of the three movies. The Kingsman franchise to date counts $825.2M WW.

Given their Saturday-Sunday play, Sony’s A Journal for Jordan and Lionsgate/Kingdom Story Company’s American Underdog are both expected to land in the single digit range for both that 2 day and Saturday through Monday span.

American Underdog is looking to overindex in the flyover and red states. The Andrew and Jon Erwin directed movie follows Zachary Levi as NFL MVP and Hall of Fame quarterback, Kurt Warner, who went from stocking shelves at a supermarket to becoming an American Football star. Seventeen reviews have the pic at 94%. The preview crowd, who shelled out around $1M to see it, I hear, already gave American Underdog an A Cinemascore. Should the movie come in low at 2,700 theaters this weekend, Lionsgate is looking at the pic’s play as a marathon, not a sprint over its 45-day theatrical window.

A Journal for Jordan is launching in 2,500 theaters and will hold previews on Christmas Eve Friday at 2PM in 1,800 locations. In the Virgil Williams screenplay adapted from the Dana Canedy article, the pic follows 1st Sgt. Charles Monroe King (Michael B. Jordan). Before he is killed in action in Baghdad, he authors a journal for his son intended to tell him how to live a decent life despite growing up without a father. Chanté Adams plays Canedy in the film. Eleven reviews have A Journal for Jordan at 45% Rotten. The movie cost before P&A $25M.

UAR/MGM will expand Paul Thomas Anderson’s Licorice Pizza from four screens in NYC and LA to 700 theaters nationwide. The movie, currently in its fourth week, has grossed $1.3M.