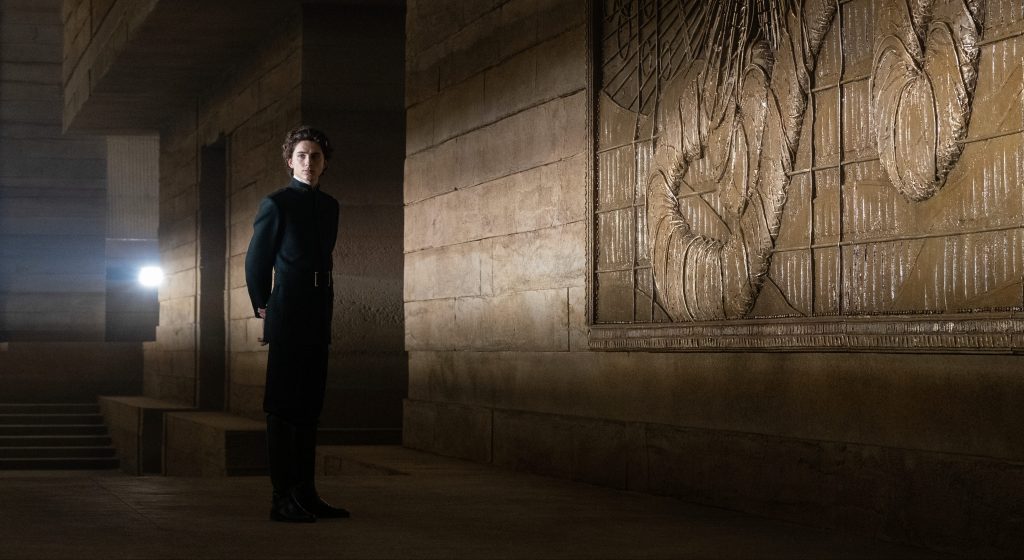 In a benchmark that was to be expected, Warner Bros./Legendary’s feature adaptation of Frank Herbert’s Dune has clocked past $100 million at the domestic box office. This brings the global running total to north of $370M; the ultimate exclamation point here for the Denis Villeneuve directed movie being $400M WW. Dune made $400K on Thanksgiving yesterday sending its domestic total to $100.1M.

Note, just because Dune crossed this threshold stateside, doesn’t mean it’s a victory lap for the studio’s controversial theatrical-day-and-date HBO Max 2021 strategy (Villeneuve’s Canadian homeland had Dune on an exclusive theatrical window during its run there). The mind wonders how much more money Dune could have made. Dune crosses $100M in its 35th day of release, making it the second movie to go past the century mark on Warner’s annual slate after Legendary’s Godzilla vs. Kong (which made that amount of money in 12 weekends of release).

While Dune was on HBO Max during its first 31 days in theaters, it’s now exclusively theatrical, currently playing in 1,312 theaters with a Thanksgiving weekend outlook of $2.26M over three days and $3.2M since Wednesday which will bring its running U.S./Canada total to $102.4M by Sunday. Warner Bros, as Deadline first told you, is injecting some extra steroids into the all-star ensemble, booking it back into Imax auditoriums on Dec. 3. The movie had 73 minutes shot in Imax, and the large format exhibitor drove 22% of the movie’s $41M opening weekend ticket sales, and 20% of its overall domestic total; 13% of the pic’s overall global tally.

When Warners first announced its HBO Max-theatrical plan for 2021, Villeneuve protested the maneuver in a Variety column on Dec. 10, writing that “With this decision AT&T has hijacked one of the most respectable and important studios in film history. There is absolutely no love for cinema, nor for the audience here. It is all about the survival of a telecom mammoth, one that is currently bearing an astronomical debt of more than $150 billion,” and that “streaming alone can’t sustain the film industry as we knew it before COVID. Streaming can produce great content, but not movies of Dune’s scope and scale. Warner Bros.’ decision means Dune won’t have the chance to perform financially in order to be viable and piracy will ultimately triumph. Warner Bros. might just have killed the Dune franchise. This one is for the fans. AT&T’s John Stankey said that the streaming horse left the barn. In truth, the horse left the barn for the slaughterhouse.”

While Legendary and Villeneuve wanted a theatrical release, ultimately both sides were made whole by WarnerMedia in keeping the film’s theatrical and HBO Max 2021 release intact.

Close to a year later after Villeneuve’s column, a great peace between the filmmaker and the studio prevails with Warner Bros. having already greenlit a theatrical exclusive sequel for Dune 2 which will cover the second half of Herbert’s 1965 novel and the continuing adventures of Timothée Chalamet’s Paul Atreides. The sequel is currently scheduled to play cinemas on Oct. 20, 2023. Warner Bros, knowing that they were sitting on a great movie during the pandemic for Oscar season, started screening to voters and the press well in advance of its Venice and TIFF world premieres this fall. All of this culminated in Warners building Dune into Villeneuve’s best domestic opening of his career (beating Blade Runner 2049‘s $32.7M), and the filmmaker’s highest grossing move of his career, both worldwide, and domestic (beating Blade Runner 2049‘s $259.3M WW). Dune has already surpassed Villeneuve’s Blade Runner 2049 at the domestic B.O. ($92M) and will pass his Oscar-winning Arrival ($100.5M) by the end of the weekend with $102.4M.