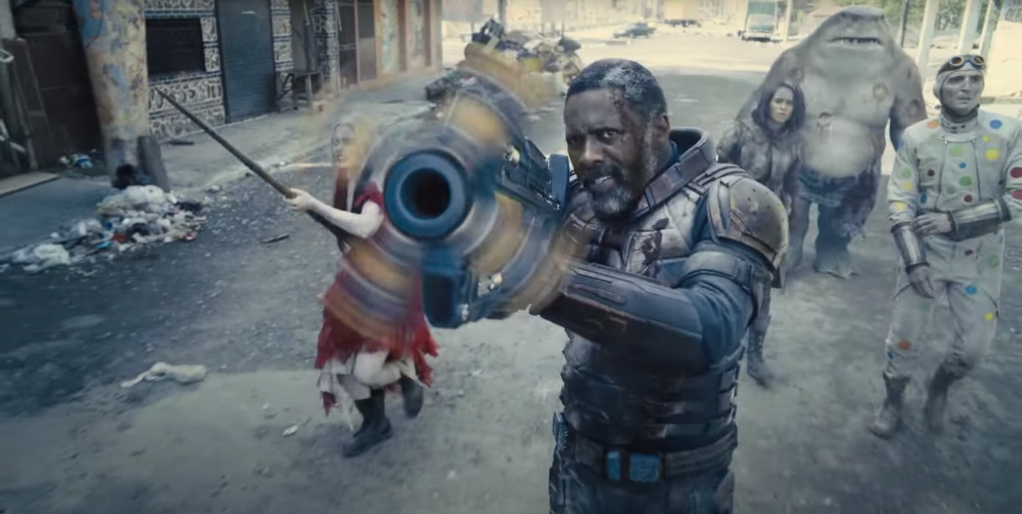 Warner Bros. fired up James Gunn’s The Suicide Squad last night, the studio’s first Thursday preview in a long time arguably since pre-pandemic; the DC R-rated ensemble seeing $4.1M off showtimes that began at 7PM; the biggest for a R-rated movie during the pandemic.

Previously, Universal/Blumhouse’s R-rated The Forever Purge made $1.3M on its Thursday night. The Suicide Squad‘s Thursday is also a hair ahead of its previous DC spinoff Birds of Prey which did $4M on its Thursday before the pandemic in February 2020 which translated to a $12.9M first Friday and $33M opening weekend. As per WarnerMedia’s pandemic plan, The Suicide Squad is playing in both theaters and in homes on HBO Max. The Guardians of the Galaxy filmmaker’s take on the DC movie has the best reviews out of the franchise at 93% certified fresh, besting the critical response to David Ayer’s Suicide Squad (26% Rotten) and Birds of Prey (79% certified fresh), putting projections at a minimum of $30M domestic, $70M WW.

How’d everything else do during the week? Disney’s No. 1 title The Jungle Cruise, despite being available in homes, actually beat the first week of pre-pandemic grosses of Dwayne Johnson’s 2018 action pic Rampage, with an estimated $49.7M at 4,310 theaters to $45.6M, which clearly indicates there’s an appetite for theatrical and that headlines about the delta variant aren’t preventing people, particularly families, from going to the movies. Jungle Cruise outstripped the initial Monday through Thursday daily grosses of Rampage throughout this past week with yesterday clocking an estimated $2.9M. The question, of course, is how much more Jungle Cruise would have made without competition from Disney+ Premier; Samba TV figuring at least $23.3M U.S. terrestrial Smart TV households purchasing the family film last weekend. Despite Jungle Cruise‘s rally over Rampage, the movie isn’t expected to emulate the feature video game adaptation in weekend 2 with a projected drop of -60% to the 2018 pic’s -44% (which unlike Jungle Cruise didn’t have a big tentpole right behind it, and played exclusive to cinemas).

On Wednesday, and amid legal chaos with its Marvel Cinematic Universe star Scarlett Johansson, Disney celebrated Black Widow as the highest grossing title at the domestic B.O. during the pandemic, the pic having a current gross through four weeks of $170.4M to Universal’s $169.8M (through 6 weeks) on its theatrical-windowed F9. Don’t misread the figures as a celebration for the dynamic window formula. Like Jungle Cruise, how much more could Black Widow make without interference from Disney+ Premier? Box office power is always about brands, and a Marvel movie like Black Widow was always destined to beat out the ninth installment in a 20-year old franchise. The potency of F9‘s respect of theatrical window can be seen in its global performance which stands at $643.3M to Black Widow‘s $346.2M. Black Widow stateside made an estimated $9.7M in its fourth week for the No. 3 spot at 3,360 theaters.

Universal’s Old was No. 2 for the week with an estimated $10.5M at 3,379 theaters putting the M. Night Shyamalan’s two-week cume at $34.3M. That’s 4% behind the two-week running domestic B.O. cume of the filmmaker’s previous lowest grossing 2006’s movie Lady in the Water.

A24’s Dev Patel fantasy movie The Green Knight at 2,790 locations posted a first week of $9.5M in the No. 4 spot, a very promising result for arthouses right now.

No. 5 goes to Focus Features’ Matt Damon drama Stillwater in 2,531 theaters which made $7.1M in its first week.