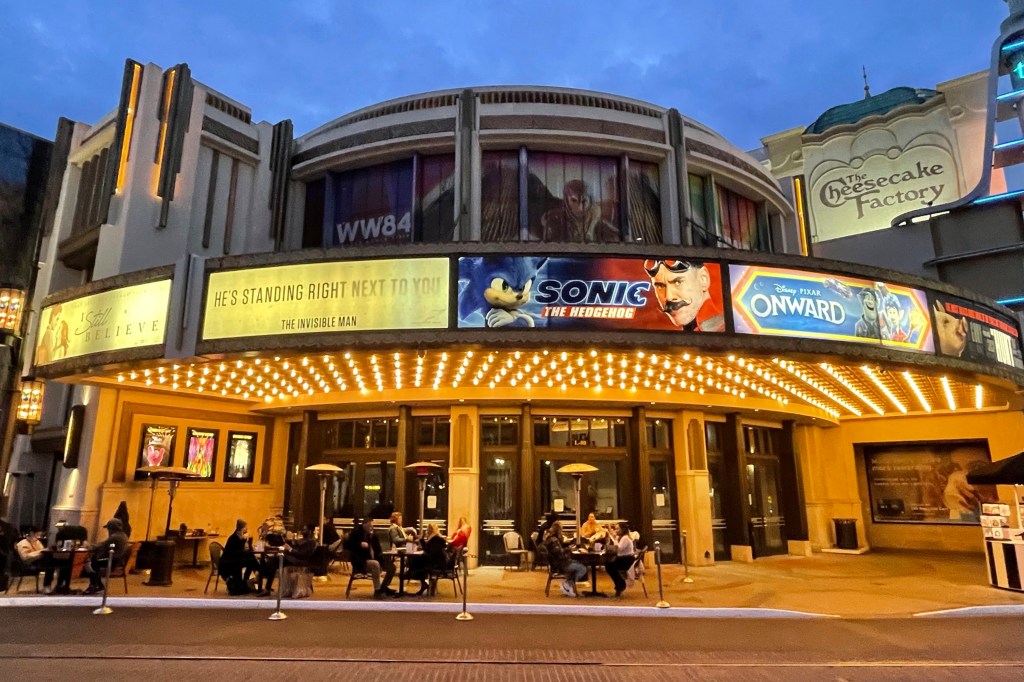 UPDATED: AMC has made it official that it has reached an agreement with Los Angeles real estate titan Rick Caruso for the leases to the 14-screen Grove Theatre in Los Angeles and the 18-screen Americana at Brand Theatre in Glendale, CA, located at their respective outdoor malls.

Both multiplexes will reopen next month after being closed for more than a year due to Covid.

In 2019, the Grove was the second highest-grossing cinema in the Los Angeles DMA with an annual gross of $12.3 million, while the Americana ranked third at $11M.

Upon reopening, the site will honor AMC Stubs A-List and AMC Stubs memberships. Three auditoriums at each location will get premium large-format screen renovations. An IMAX at AMC, Dolby Cinema at AMC and PRIME at AMC all will be offered at The Grove as well at The Americana at Brand theatres.

“The Grove and The Americana at Brand theatres are among the most successful theatres in the greater Los Angeles area, and we look forward to delivering the high-quality experience for guests visiting these theatres that AMC is known for in the Los Angeles area and nationally,” AMC CEO and president Adam Aron said today. “AMC is proud to be expanding in the movie-making capital of the world. And we are eager to get started as soon as possible, showcasing for our guests at these two theatres the exciting lineup of movies scheduled throughout the rest of 2021.”

Aron added, “These two theatres each are located in world-class lifestyle centers offering the best in retail, dining and entertainment options. Each was conceived and is run by Caruso, one of the largest and most admired privately-held real estate companies in the United States. It is a distinct honor and privilege for AMC to be included in these successful and beautiful Caruso developments, which literally strive for perfection in every detail.”

Said Caruso: “Nothing can replace the movie-going experience. Even with the advancement of technology bringing content to us in the comfort of our homes, going to the movies remains an important part of our lives because nothing can ever replace the shared experience of being in a movie theater. Simply put, some movies are made to be enjoyed together. We are excited to partner with AMC – the best management team in the business with a laser focus on the guest experience. AMC has the largest footprint of theaters in the world, giving them global authority on innovation. As we look ahead to reopening, we are confident that we will continue to see audiences at our movie theaters creating cherished memories for years to come. Los Angeles, welcome back to the movies!”

PREVOUSLY, June 15 PM: AMC boss Adam Aron said he was kicking the tires of Arclight Cinemas’ locations after they went out of business — and he meant it.

Word is that the No. 1 exhibitor is close to absorbing the leases for the multiplexes at Caruso Properties’ The Grove in Los Angeles and Americana in Glendale, CA. These were previously secured by Pacific Theatres, which is part of Arclight.

Word had been brewing in recent weeks that AMC had outbid others for those locations, and the beans were spilled earlier Tuesday on social media when The Grove and Americana began showing up on AMC’s website as locations. They’ve since been scrubbed. No word on what’s holding up their openings; it’s obvious they’re not ready to reopen yet.

When reached by Deadline, AMC and Caruso did not respond. We’ll update you should we hear from either party.

Whatever AMC is soaking up here in town reportedly doesn’t include the Hollywood Arclight and the Cinerama Dome, which several sources tell us the Forman family will hang onto. It owns that property as well as the Pacific Theatres in Chatsworth, CA. Everything else, from Sherman Oaks to Santa Monica to Boston, is a lease.

Deadline first broke the story about the Forman family pulling the plug on their Arclight Cinemas and Pacific Theatres for good, including the iconic landmark Dome.