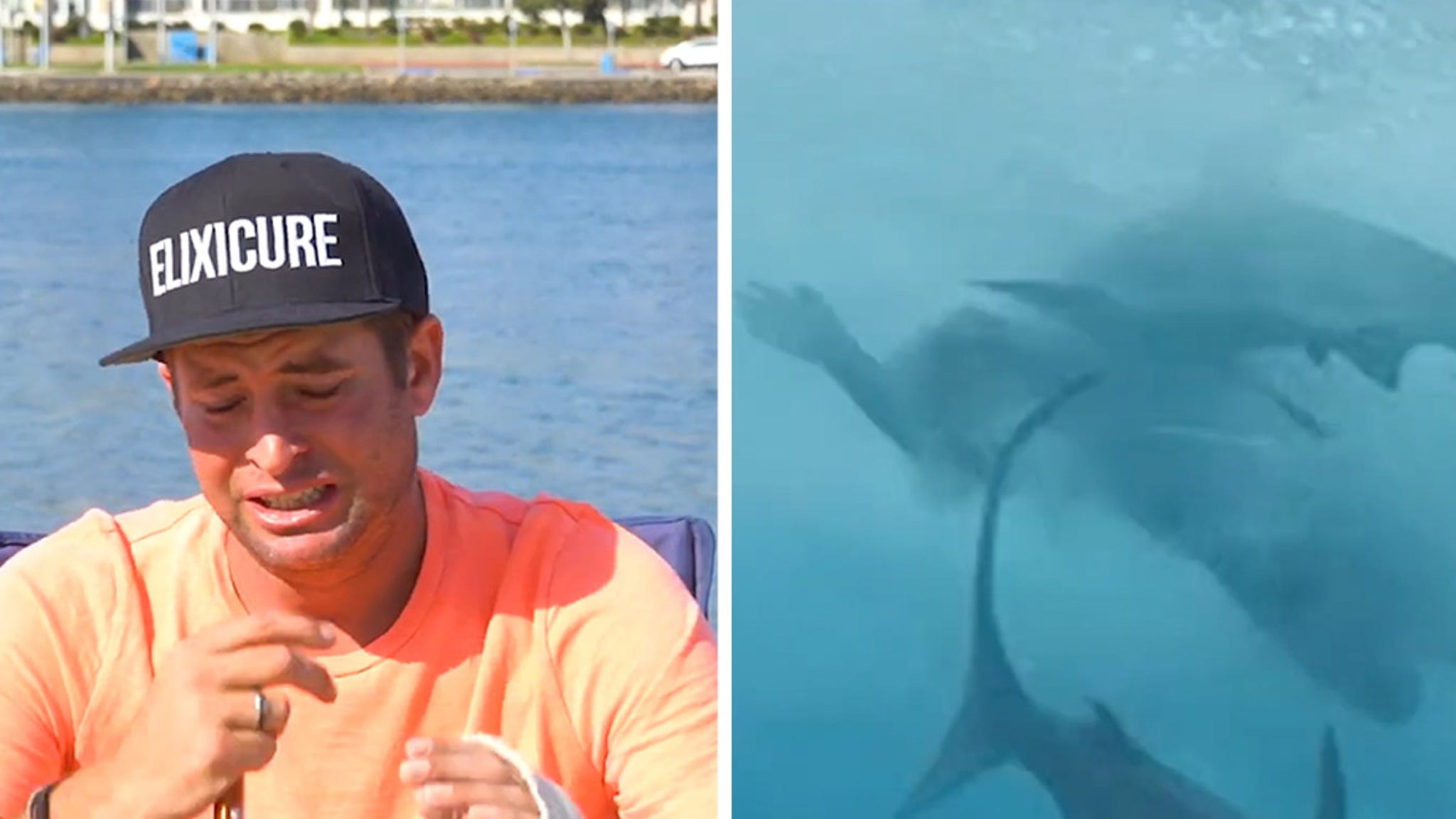 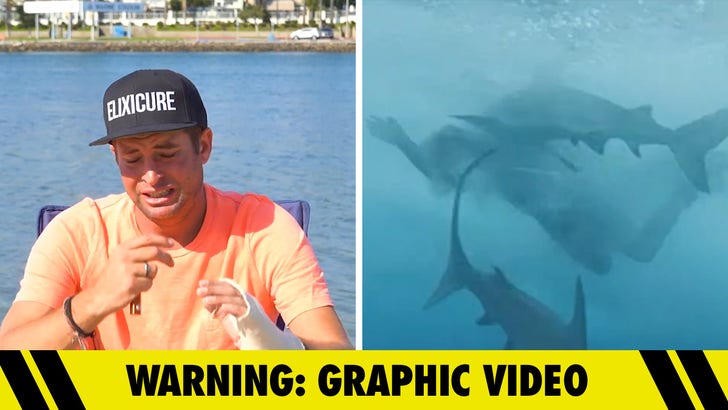 To say the “Jackass” star known as “Poopies” had a crappy time filming a “Shark Week” special is a huge understatement — a shark attacked him, and although he survived … it’s taken a huge emotional toll.

Sean McInerney got bit while attempting a dangerous stunt — a wakeboard jump over shark-infested waters — for Discovery Channel’s collab with the “Jackass” guys. It’s clear from this footage, and Poopies’ own words, he came terrifyingly close to death.

Poopies knows it, for sure — watch him relive the frightening ordeal he went through as his jump came up short, and he landed in the shark pit. He says a Caribbean reef shark almost immediately clamped down on his hand.

Poor guy broke down crying as he remembered feeling this was gonna be the end for him.

Fortunately, the nearby safety medic sacrificed his own safety, and Poopies is sure that’s the only reason he’s alive to tell the tale.

He’s now dealing with a gnarly hand injury that looks like it’s going to take a lot of time to heal — and the phrase, “jumped the shark” is one Poopies won’t be taking lightly anymore.