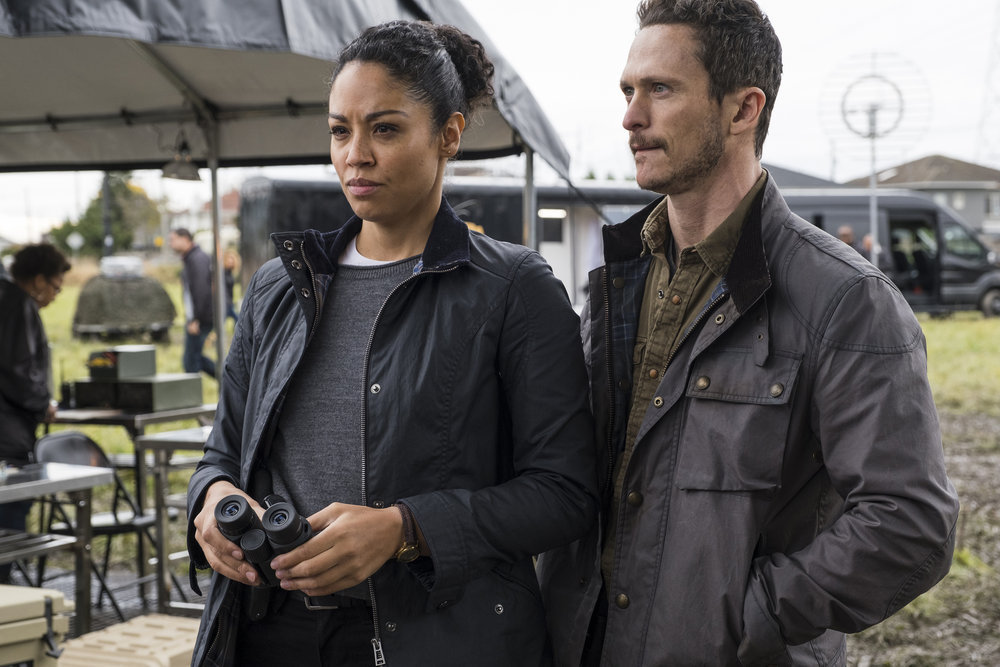 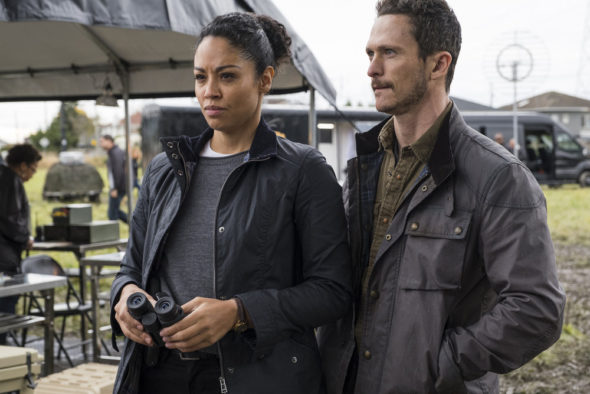 Operatives Jones and Beneventi won’t be uncovering answers on NBC in the 2021-22 television season. The Peacock network has cancelled the Debris TV series for a second year.

The Debris TV show stars Jonathan Tucker, Riann Steele, Norbert Leo Butz, and Scroobius Pip. The story begins as mysterious wreckage starts falling from the sky. A secretive international agency named Orbital is tasked with figuring out what the wreckage is, where it came from, and most importantly — what it can do. British MI6 operative Finola Jones (Steele) and American CIA agent Bryan Beneventi (Tucker) are partners but they have very different styles. However, they have no choice but to trust each other as they track down the debris scattered across the Western Hemisphere. Each fragment has unpredictable, powerful, and sometimes dangerous effects on the everyday people who find it. They must race against time as shadowy outside forces seek these objects for nefarious purposes.

Airing on Monday nights, the first season of Debris averaged a 0.38 rating in the 18-49 demographic and 2.79 million viewers in the live+same day ratings. While these numbers don’t include further delayed or streaming viewing, they are a very good indicator of how a show is performing, especially when compared to others on the same channel. Despite airing out of one of NBC’s highest-rated shows, The Voice, the drama was one of the network’s lowest-rated scripted shows.

The season finale of Debris aired on Monday night and not surprisingly left plotlines unresolved. The show’s series creator has talked about hoping to find a way to continue telling the story if it was cancelled.

Decisions have yet to be made on other NBC shows like Ellen’s Game of Games, Good Girls, Manifest, and Zoey’s Extraordinary Playlist.

Check out our NBC status sheet to track the peacock network’s new series pickups, renewals, and cancellations. You can find lists of cancelled shows here.

What do you think? Have you watched the Debris TV show? Do you wish that this sci-fi series had been renewed for a second season?