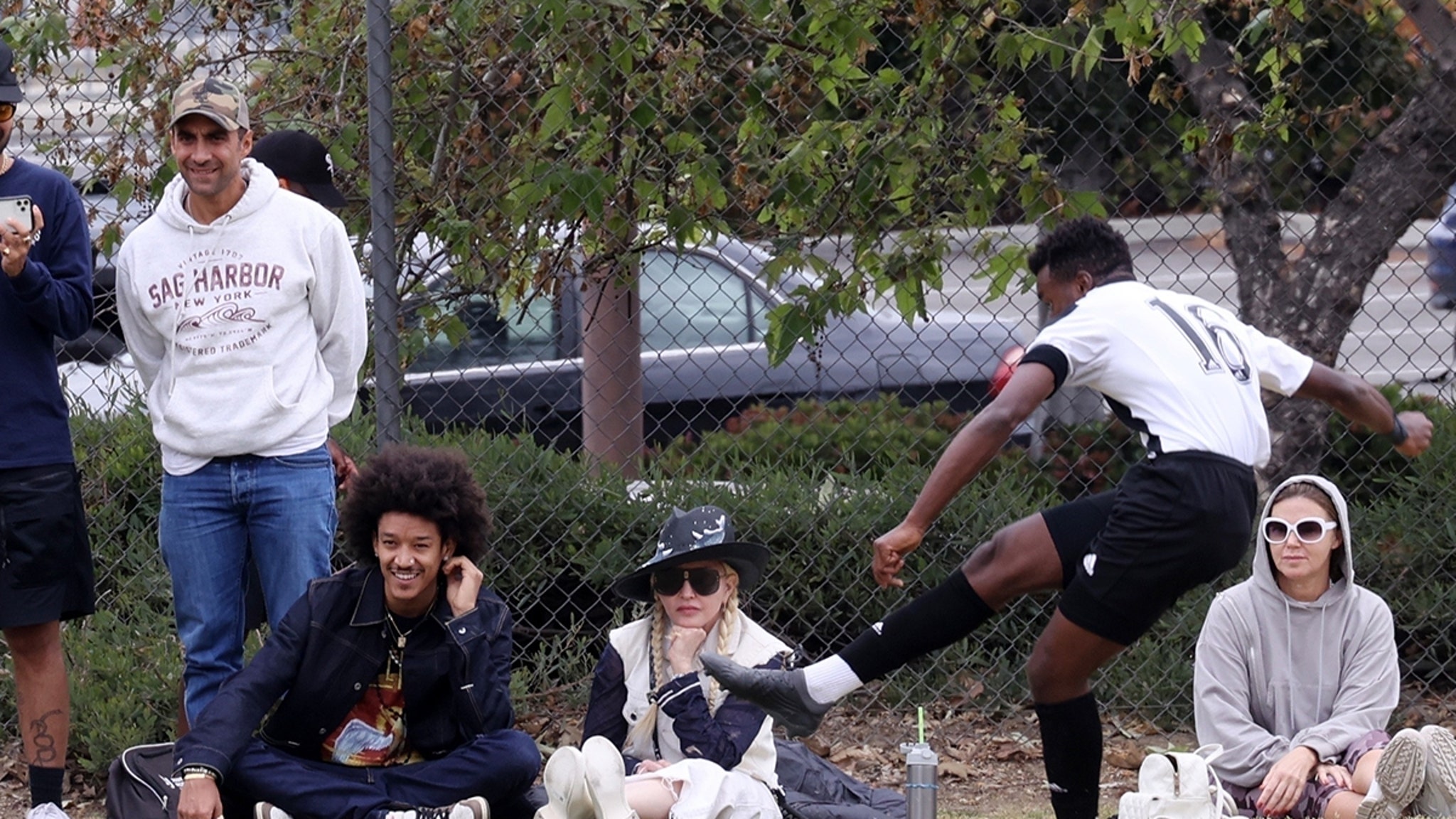 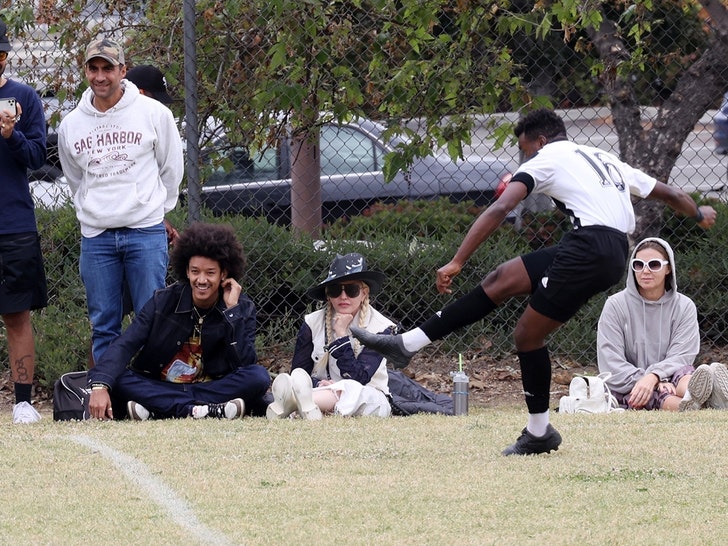 Madonna‘s just like any regular soccer mom … attending a game to cheer on her son, accompanied by her boyfriend, who’s a lot closer in age to the players on the field than he is to Madge.

The Material Girl and her family hit up the pitch Sunday in Hidden Hills, CA to support her 15-year-old son, David Banda … and her 27-year-old beau, Ahlamalik Williams, appeared to revel in the role of soccer “parent.” 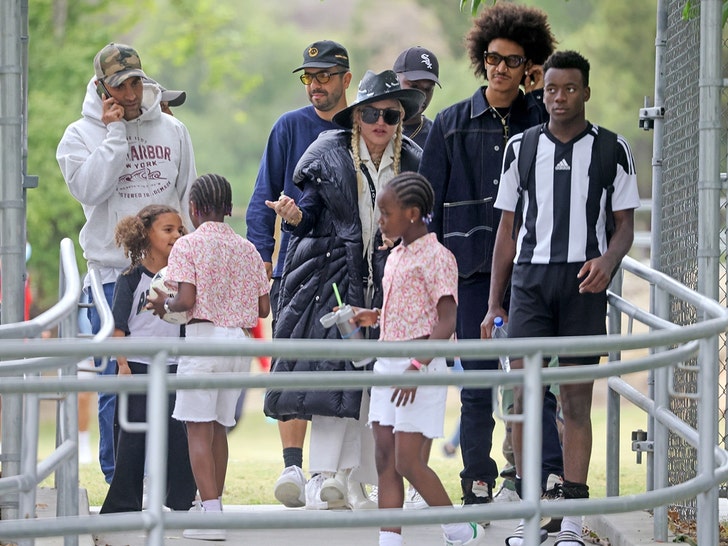 It was a pretty rare public outing for Madonna, but she arrived in style with a black-and-white getup complete with a cowboy hat with a whale on it … and it looks like they all had a whale of a good time. 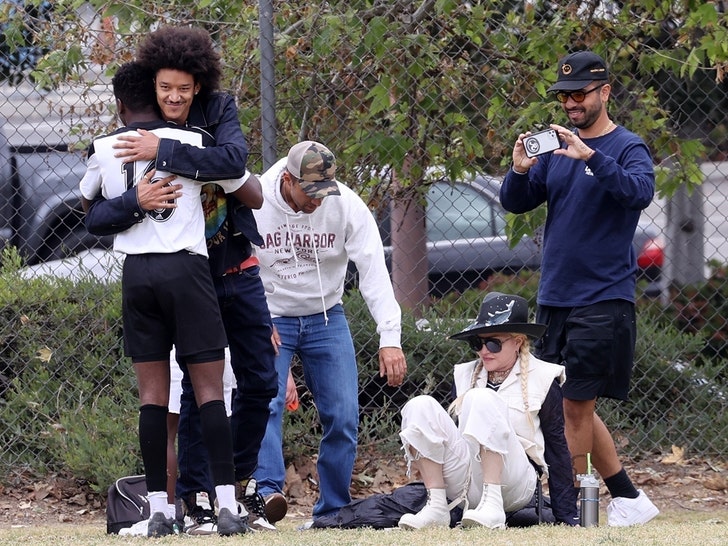 At one point David came over to the sideline and shared a hug with Ahlamalik, so it’s pretty clear they’re cool too.

If ya didn’t know … Madonna began dating the professional dancer — 35 years her junior — about 2 years ago, and hasn’t been shy about expressing her affection for him.

Just a week ago for his 27th bday, Madonna wrote … “Happy Birthday My Love…… Thank you for opening my eyes. How can I explain how I feel? Let’s get Unconscious……..” referring to lyrics in her 1994 hit “Bedtime Story.”

Strictly for frame of reference, Madonna’s oldest daughter, Lourdes, is 24 …not that it matters. She was not seen at the family soccer outing.