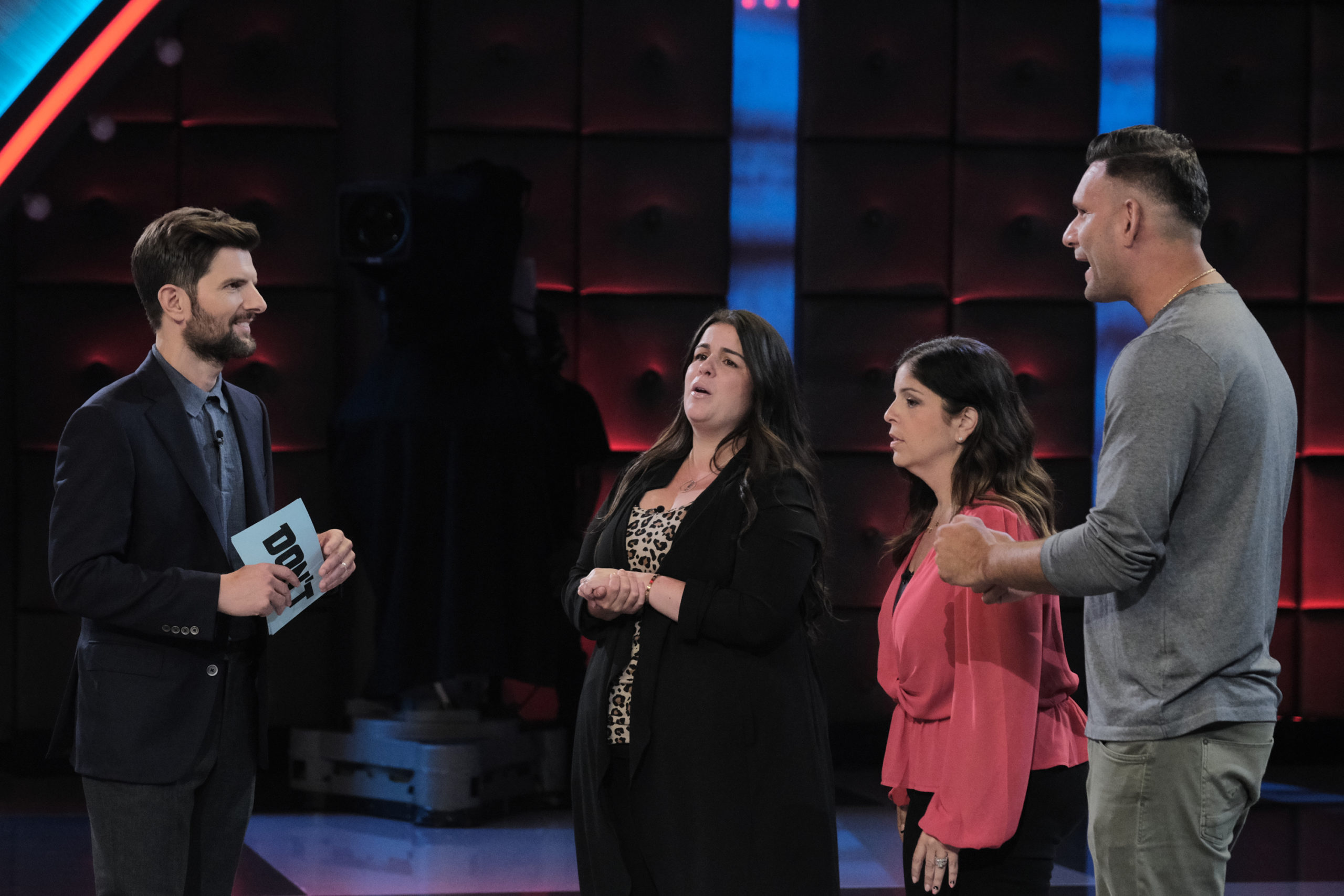 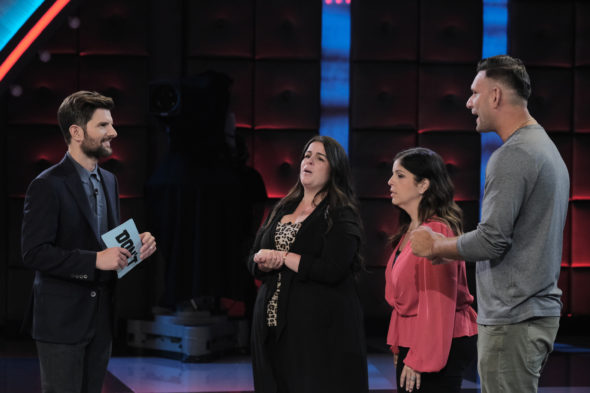 The alphabet network “doesn’t” want this game show back for the 2020-21 season. ABC has cancelled the Don’t TV series so there won’t be a second season. No reason was given for the cancellation.

The Don’t TV series is hosted by Adam Scott and executive produced by Ryan Reynolds (who also provides comedic narration). The series offers contestants the opportunity to team up with their family and friends for the chance to win a cash prize of up to $100,000. Together, they tackle crazy tasks, each with the simple rule: “DON’T.” In each episode, members of a four-person team strive to accomplish various “Don’t” challenges — like “Don’t Blink,” “Don’t Look Back,” “Don’t Scream,” and “Don’t Play Ball in the House” — as they work together to build their bank. If they fail a challenge, the team doesn’t earn money and instead suffers ridiculous consequences.

Airing on Thursday nights last summer, the first season of Don’t averaged a 0.59 rating in the 18-49 demographic and 3.00 million viewers. Of the alphabet network’s 11 summer series, Don’t ranked fourth in the demo and seventh in total viewers.

What do you think? Did you enjoy the Don’t TV series? Would you have watched a second season?