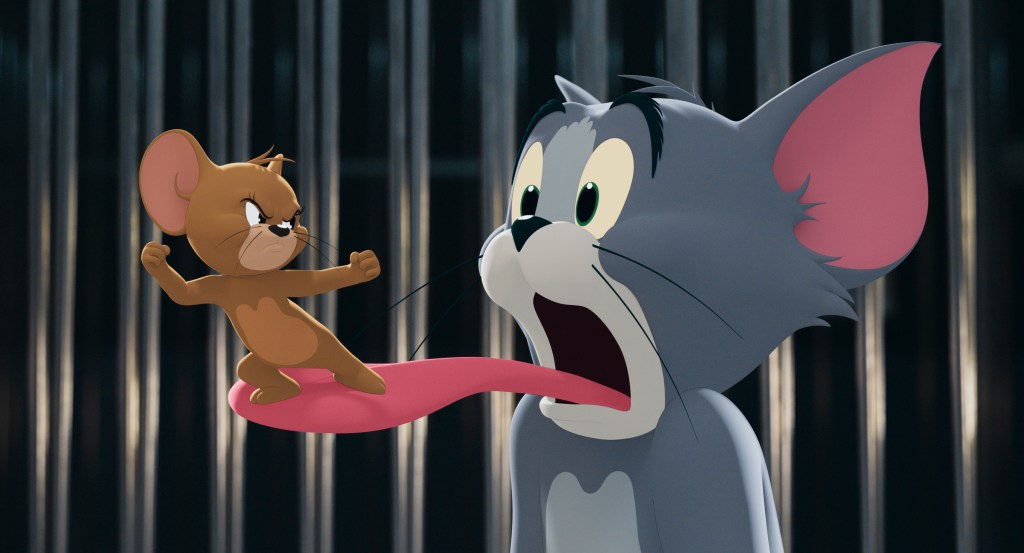 Refresh for latest…: Warner Bros’ hybrid live-action/animated feature Tom & Jerry began offshore rollout in mid-February, and this session became the first studio title to hit China in the wake of the Lunar New Year, as well as adding a host of other new markets. The Hanna-Barbera rascals scampered off with a further $19.4M from 33 markets at the international box office in the session, which made for a global $33.1M weekend including domestic‘s strong start. The full frame gives T&J the third-biggest global weekend for a Hollywood movie in the pandemic era (it’s fourth when factoring Croods 2‘s 5-day domestic Thanksgiving launch). The overseas cume is now $25.1M for $38.8M worldwide.

Warners went day-and-date theatrically and on HBOMax domestically with Tom & Jerry. As we’ve seen with other family-friendly titles over the past several months, they tend to be less impacted by offshore piracy even despite being available on streaming services — think: Soul and Croods 2 which have each grossed over $100M at the international box office. Save for China, the world is still far off from pre-pandemic levels, but Tom & Jerry is another encouraging sign that moviegoers will return to cinemas when they feel safe and there is new product on offer.

In China, T&J from director Tim Story, bowed to an estimated RMB 79.8M ($12.3M) on 15,960 screens. It ranked No. 4 amid the seven local New Year titles that are still in play. The debut is on par with Peter Rabbit, and, per WB, 857% above Sonic The Hedgehog as well as about 2000% better than Trolls World Tour (though to be fair, the latter opened against The Eight Hundred last August when the market was just coming back).

Russia was a solid No. 1 start with $3.3M and both Brazil and Mexico had strong sophomore sessions with each at No. 1 again, for respective holds of -28% and +9%. The top markets to date behind China and Russia are the UAE ($1.1M), Brazil ($1M) and Mexico ($987K). Offshore rollout will continue in some smaller markets across the coming weeks while much of Europe remains shuttered.

Overall, time travel comedy Hi Mom was the global and international leader again, with another estimated RMB 345M ($53.2M) to lift the cume to an estimated 4.82B RMB ($744M). This makes the feature debut of comedian turned director Jia Ling the No. 3 biggest title ever in the Middle Kingdom as it surpassed Avengers Endgame (RMB 4.24B) and The Wandering Earth (RMB 4.68B) locally this week. It remains behind Nezha (RMB 5.03B) and Wolf Warrior 2 (RMB 5.687B). Maoyan is predicting an RMB 5.21B ($804M) finish for Hi, Mom which would move it up to the No. 2 all-time slot.

China’s other New Year smash, Wanda Pictures’ Detective Chinatown 3 added another RMB 128M ($19.8M) this session, taking the cume to an estimated RMB 4.32B ($667M). With DC3 now the No. 5 film ever in China, that means there are no U.S. titles in the Top 5 and Avengers: Endgame remains the only Hollywood pic in the Top 10.

As of Saturday afternoon, Chinese box office for 2021 had topped RMB 15B ($2.31B), with Sunday’s figures pushing that up to about $2.4B. This exceeds the full North American box office of $2.2B in 2020. It is also bigger than the comparable Middle Kingdom period in 2019 and 77% of the market’s 2020 total. The month of February, at RMB 12.24B ($1.89B), has become the highest-grossing single month in the market’s history. And all this despite 75% capacity restrictions. Again, it’s an encouraging sign for global markets as the landscape evolves — though, as we’ve been cautioned, it does remain to be seen how Hollywood titles will fare going forward in an increasingly self-reliant China.

IMAX has seen great success in China of late with Detective Chinatown 3 (which shot with IMAX cameras), A Writer’s Odyssey and New Gods: Ne Zha Reborn amassing $44.5M combined to date. That marks the format’s 2nd best Chinese New Year slate ever, behind only 2019 when The Wandering Earth contributed $48M to a total $52.5M that year. Across 17 days this month, DC3 has grossed $35M in IMAX, good for 5.2% of the total, and is soon to surpass 2019’s Ne Zha to become the 2nd highest-grossing local-language title ever released in IMAX. Alibaba’s A Writer’s Odyssey has totaled $7.8M in IMAX, repping 6% of the film’s China box office, and New Gods: Ne Zha Reborn has made $1.7M. Again, the figures are all that more impressive given capacity restrictions continue in the Middle Kingdom.

In other local-language fare, Sony Pictures Releasing International’s Konyek Gorbunok (Upon The Magic Roads) dipped 22% in Russia to add another $3M. The market cume stands at $11.2M, which is the 3rd highest total for a local film released there in the last 12 months.

Elsewhere, Disney/Pixar’s Soul got a nice bump in Hong Kong, jumping 36% from its debut last weekend to take the No. 1 spot in the market as it gets back on its feet. In total, Soul added $1.9M in six material markets, for a $111.7M international cume. Russia and Korea continued to play well with 40% and 34% drops, respectively in the sixth frame. China has been the biggest grosser on Soul with $57.7M, followed by Russia ($17.2M), Korea ($15.8M), Taiwan ($6.5M) and Saudi Arabia ($5.9M). Next weekend, the Pete Doctor original goes to Poland, although Disney will stop reporting overseas grosses as the run winds down.

DreamWorks Animation/Universal’s The Croods: A New Age saw good holds in Australia and Spain with the former dipping just 7% to reach $16.2M and top the lifetime of Ralph Breaks The Internet. It’s playing in line with The Boss Baby at the same point of release in Oz. The full international cume is $103.7M for $156.1M global.

Coming this week, Disney’s Raya And The Last Dragon begins overseas rollout, including in China on Friday. Lionsgate’s Chaos Walking is also strutting into 19 offshore hubs including Australia, Korea and Mexico.