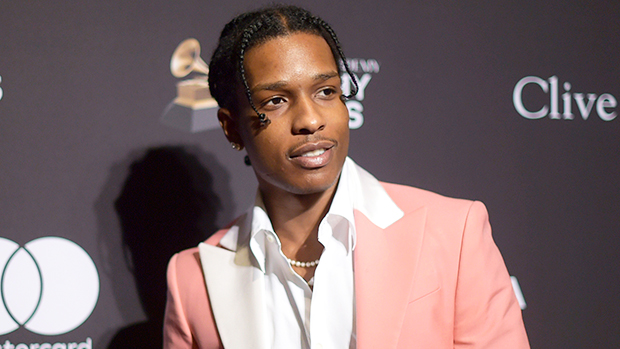 Rihanna reportedly has a new man in her life, and it’s none other than her ‘Cockiness’ collaborator, A$AP Rocky. Here’s what you need to know about this rapper who supposedly captured Rih’s heart.

Nine months after A$AP Rocky and Rihanna fueled dating rumors by having dinner together in Los Angeles, a report from PEOPLE claimed they are indeed “dating.” The two were also reportedly seen having dinner with friends at New York City’s Beatrice Inn on Nov. 28. This alleged relationship would be Rihanna’s first since Hassan Jameel, her billionaire boyfriend of three years. Rihanna and Hassan called it quits in January 2020…right as she was seen attending the 2020 Yams Day Benefit Concert in New York City. HollywoodLife has reached out to both Rihanna and Rocky’s reps for comment. In the meantime, here’s the scoop on Rocky, in case you didn’t know:

1.) A$AP Rocky is a rapper. Rocky was born Rakim Mayers in Harlem on Oct. 3, 1988, and was named after Rakim, one half of Eric B & Rakim, per The New York Times. He had a rough childhood. When Rocky was 12, his father went to jail in connection with selling drugs, and a year later, his older brother was killed in Harlem. These incidents motivated Rocky, who began rapping at age nine, to take his craft seriously, but the streets’ lure was too strong. Rocky also sold drugs but would ultimately abandon it as his rap career was taking off. Two months after walking away from the streets, his song, “Purple Swag,” broke through, making A$AP Rocky the new, hot name in hip-hop.

2.) A$AP is a title. Rocky earned the surname “A$AP” by joining the A$AP Mob, a group of rappers, producers, music video directors, and other creatives from New York City. It was formed by A$AP Yams, A$AP Bari, and A$AP Illz. Initially, it stood for “Always Strive And Prosper,” but “A$AP” has taken on many meanings over the years. Members also include A$AP Ferg, A$AP Twelvyy, and Rocky’s cousin, A$AP Nast.

3.) He’s a chart-topping success. Rocky released Live. Love. ASAP, his debut mixtape, in 2011, which contained the previously mentioned “Purple Swag” and “Peso.” These songs build a buzz around Rocky, and in 2012, he released “Goldie” and “F-ckin’ Problems,” two tracks that established him as a hip-hop heavyweight. Both went Platinum – the latter, a collab with Drake, 2 Chainz, and Kendrick Lamar – went platinum multiple times – as did Long. Live. ASAP, Rocky’s debut solo album. Both that and the sophomore release, 2015’s At. Long. Last. ASAP, reached No. 1 on the Billboard 200 album charts. Since his debut, Rocky has released a handful of similarly successful tracks and has featured on songs by Tinashe  (“Pretend”), Selena Gomez (“Good For You”), Alicia Keys (“Blended Family”), G-Eazy (“No Limit”) and many more.

4.) Rocky was famously jailed in Sweden. Rocky was arrested in Stockholm, Sweden, on July 3, 2019, three days after an alleged physical incident involving Mustafa Jafari. Early footage of the incident appears to show Rocky and three other men attacking an unidentified person, per High Snobiety. Rocky posted his own footage to Instagram and alleged that Mustafa was harassing them. Rocky was charged with assault, but because a Swedish court ruled he’s a flight risk, Rocky is ordered to stay in jail until his trial.

This resulted in a massive public outcry. Celebs like Tyler, The Creator, Diddy, Nicki Minaj, and others all threatened to boycott Sweden over this. Rocky’s supporters alleged he was unfairly punished before he was convicted of any crime. Kim Kardashian and Kanye West reportedly lobbied Jared Kushner on Rocky’s behalf, per Spin, which resulted in then-President Donald Trump tweeting about it.

Rocky pleaded not guilty on the first day of his trial and testified that the alleged victim started fighting with Rocky’s bodyguard. Rocky and his co-defendants were released from jail on Aug. 2, and about two weeks later, they were found guilty of assault. The three were ordered to pay roughly $1,3000 in damages to Jafari and cover his legal fees.

5.) He’s a vegan. Rocky has been romantically linked to Iggy Azaela, Chanel Iman, and Kendall Jenner. In 2012, he transitioned to vegetarianism, and his 2019 single, “Babuska Boi,” indicated that he’s now a vegan. “I ain’t duckin’ n—-s, I ain’t duckin’ bullets either / Sh-t, I ain’t duck sauce since I became a vegan.”