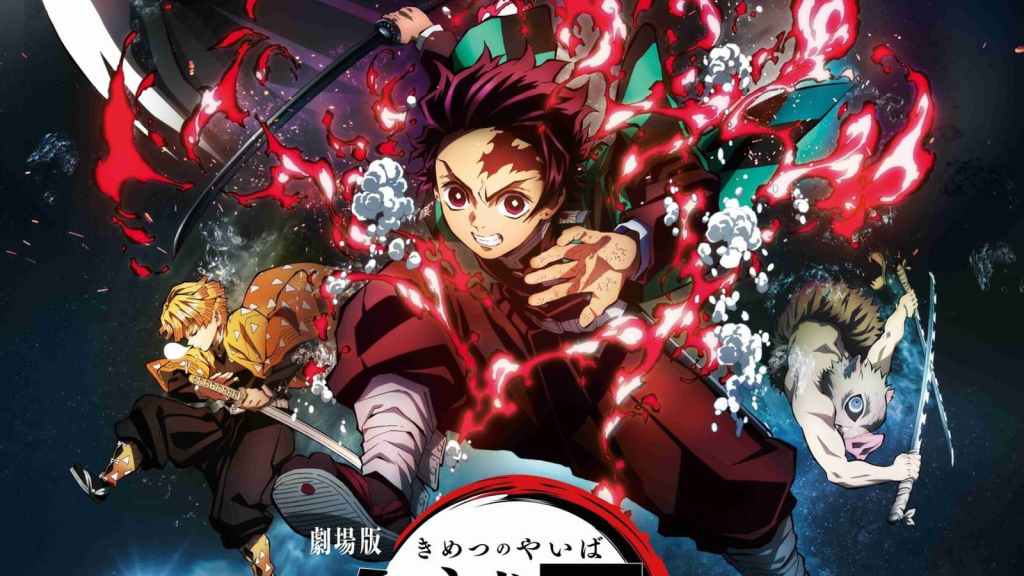 Japan’s runaway smash Demon Slayer The Movie: Mugen Train continued its reign at the top of the local charts this weekend, despite the release of Stand By Me Doraemon 2. Monday is a holiday in Japan, so full official weekend figures are not expected to be reported until Tuesday. However, according to estimates from Deadline sources, Demon Slayer crossed the 25B yen ($241M) mark during the FSS session. The anime adaptation should soon overtake Frozen to become the No. 3 all-time biggest movie in the market.

Demon Slayer is also estimated to be at around $20M from releases in such markets as Hong Kong and Taiwan. Along with the estimated total in Japan, that would now make Demon Slayer the No. 5 movie worldwide of 2020, and the No. 3 movie internationally after six weekends.

However, Demon Slayer was not the lead movie at the international box office this session. Those props go to the Daniel Wu-starring crime drama Caught In Time which snared $31M in its China debut.

Also new to China was STX’s Greenland which was released locally by CFG and JL Vision. The Gerard Butler thriller opened behind Caught In Time and The Sacrifice (the latter having crossed RMB 1B this week to take its cume to $161.5M through Sunday). Greenland picked up $3.4M in China on over 14K screens, performing better than some other recent Hollywood entries, but still lower than may have been hoped particularly as Butler excels in the market. Greenland is carrying just a 5.7 on reviews site Douban and a 7.9 on Maoyan, and piracy is likely a factor here. It also faced competition from Paw Patrol: Mighty Pups, now with $9.6M through its second frame.

(While China has significantly bounced back since cinemas reopened in July, imported titles are suffering from limited promotion and marketing time — as well as not being able to bring talent to the market.)

In total this session, Greenland picked up $4.83M for an offshore cume of $43.1M. It was No. 1 in Mexico with $882K from 788 locations, bringing to 28 the total number of markets where Greenland has bowed atop the charts.

In Korea, local pic Collectors led for the third frame, now with a $10.6M cume. Restrictions are tightening in Seoul beginning Tuesday which will further limit cinema capacity.

WB’s Tenet should pass $300M this week internationally, now with $299.2M through Sunday. The global cume is $356M. There are 15 markets yet to release, including Argentina, India, Indonesia and Philippines.

Universal/Blumhouse’s Freaky added $1.1M in 25 offshore markets for a 56% drop from opening last weekend. The overseas cume is now $3.7M, bringing the global total to $9.2M. The recently reopened Netherlands was the lead new play at $168K from 96 screens. After a solid debut last session, Australia is still tops overall for the Vince Vaughn-starrer with $780K through Sunday, down 41% versus the previous frame. Korea is on deck this weekend while European majors are TBC given the uncertainty of reopenings.

Still, while cinemas throughout much of Europe remain closed, parts of Spain are open — Catalonia now has a greenlight to resume operations from November 23 — and the Netherlands reopened on November 19 at a 30-person per auditorium capacity. There is hope that the next few weeks will see a lifting of restrictions in other parts of the continent. Italy is due back on December 3, Germany has a tentative December 1 restart date, Poland returns November 29, and we’ll know more about France once President Emmanuel Macron addresses the nation on Tuesday this week. The UK could also return on December 2.

Next weekend will likely be led again by China which sees the releases of Zhang Yimou’s One Second and DreamWorks Animation/Universal’s The Croods: A New Age. The pictures are currently Nos. 1 and 2 in presales for Friday November 27. The weekend after that will bring Constantin’s Monster Hunter to the Middle Kingdom, followed two weeks later by Wonder Woman 1984. Disney/Pixar’s Soul is due there on December 25.